My dad and brother love it. They go to local graveyards and root around for names and shit and do all the ancestry.com stuff. I'm good on that for now. My wife is black and our daughter is mixed so maybe one day I'll get excited about it. I was a history major in college but I just don't really care that much about my family ancestry stuff right now, just more about other peoples I guess. Anyways, my dad discovered recently that his DNA shows that we are probably related to Micky Mantle's great great grandparents (George Mantle and/or George's wife). My family is pretty boring outside of that, 24% Irish and 60%+ English...the rest is a melting pot.

Just curious if anyone else found any interesting results. Famous or not, just something outside of the realm of expectancy for that sort of thing. 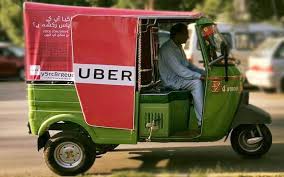 Why though? How does knowing you really are 1/32nd Cherokee impact anything at all about your life?

I simply dont understand the fascination with heritage and giving places like 23andme insane amounts of information to profit off of.

The family tree stuff isn't life impacting in any way, but I do find it interesting. My heritage is pretty much entirely from the UK/Ireland (over 50% welsh and an even combo of the rest of them). My mom used to do a bunch of research and her family were like pilgrims or something who took the oregon trail to the west and my dads family came in through ellis island. Now I want to ask her more about it.

It doesn't impact me really at all. I just find it a little bit interesting where some traits in my family might come from. However, not interesting enough to subscribe to one of those websites on my own. Just passing down some second hand knowledge at this point. Not claiming to be Irish because I'm about a quarter pegged to be.

And I agree with you BigPhoenix, it's pretty much pointless. But here I am and something is telling me to post this reply. It might be the AncestryDNA banner at the bottom of the page right now because of this post but I'd like to think that regardless of posting this thread in a negative way of approaching ancestry, I might become cool with the thought of maybe delving into at least my daughters side of things a little bit. I think it matters less when you are just a white guy that hasn't done much. My wife's story is much more complicated than mine and maybe she'd like to know more. If she asks, it won't be that big of a deal to do it for her.

calhoonjugganaut said:
I think it matters less when you are just a white guy that hasn't done much. My wife's story is much more complicated than mine and maybe she'd like to know more.
Click to expand...

Odd but ok . . . why do you think your wife's story is much more complicated? What more has she done than you? That statement just kinda perplexes the hell out of me.

My dad did his a year or so ago. Was pretty interesting, most of what we thought was wrong. Found out my granddad had been married once and nobody knew about it (prior to shipping out to WW2, so not much of a shock). Also found out my dad's grandmother was not his biological one, and that did shock him. And he was part jewish and greek. That was pretty neat.

My mom is dead, so my wife and I (she is almost certainly 99% mexican, and prolly not the spanish kind) did ours a week or so ago. Pretty curious to find out what my mom's side of the family was since it should fill in those gaps.

Everyone also said there was some native american in my mom's side of the family, but since we know its mostly irish, guessing there is some african something in there and the native american could have been to explain away some stuff.

It doesnt "matter", but neither does most of the interests that I have. So it wont change anything, or impact anything, but its something I dont know, that I can know for pretty cheap. So why the hell not. And I heard you can get elected to congress if you have some oppression points in there.

I'll toss up the results up once I have them.

It'll get a helluva lot more interesting once a good database of ingerited disease markers can he found. My wife was adopted and has no idea who her parents are. Considering how that knowledge can lead a doctor to a more accurate diagnosis or more appropriate test plan I would see that as a pretty cool, real benefit we are not too far from technologically.
Reactions: calhoonjugganaut

LachiusTZ said:
Odd but ok . . . why do you think your wife's story is much more complicated? What more has she done than you? That statement just kinda perplexes the hell out of me.
Click to expand...

She's black. Usually tracing ancestry for an African American is much more complicated because there aren't as many records. Maybe you missed that part.

I have a pretty good family tree on one side of the family going back to Pre United States. Family left France to what is now the US. Kept moving west just ahead of US expansion. One brother stopped in Alabama and the other brother went to TX with Stephen F. Austin. I have some of the letters written from the brother in TX to the brother in Alabama. Interesting talk about things with the Cherokee were flaring up and causing problems. That tree is maintened and such by the SRT (Sons of the Republic of Texas and DRT). My grandmother was really into it for a long time and she worked her side of the family back to 1836 to get into the DRT. As far as I know there are very few left in the family with my last name. Me, my dad, my uncle who only had girls and that's it. If you google search that last name you come up with a few in different countries, just us in the US. According to the DRT and SRT I'm the end of the line. Multiple historical markers in the very small town and county, about 50% will have the last name misspelled and apparetnly the state can't read documents with the name signed by the person on it they own (IE the TX Decleration of Independence). One sign will have it with E on the end of it, the next sign down the road on the house he lived in at the time will have it correct according to the way he signed it. Government at work lol. But yeah hard to not notice the ancestory deal. Town sign says "Oldest Anglo town in TX". I'm sure that won't last.

Never did much for me, but I did get a partial college scholarship out of the SRT. My mom's side nobody really knows. The tree on one side goes back to when they owned slaves and after the civil war a lot of slaves took the name of their former owners. So it gets pretty difficult to track and the other my grandmother was abondonded/adopted so nobody knows.

I'm old and can remember talking to my grandfather on my mom's side about family and stuff and he was born in 1899.
Last edited: Jan 24, 2018

calhoonjugganaut said:
She's black. Usually tracing ancestry for an African American is much more complicated because there aren't as many records. Maybe you missed that part.
Click to expand...

But yeah, we got it. Black.

Borzak my aunt did something very similar, but there were holes and it didn't have a ton of very specific data. Was still an amazing read when she finished it. Source of pride to know how long my family had been stomping around in this country and what hardships everyone had endured to lead to my soft useless ass. The DNA test will fill in those blanks.
A

I did 23andme specifically because I am adopted and only for that reason.

a_skeleton_03 said:
I did 23andme specifically because I am adopted and only for that reason.
Click to expand...

The wife is adopted, but like I said, about 99% full on Mexican.
A

Found somebody on the site that was a cousin that contacted me with a bunch of info.

Then just a few things I might genetically be at risk for.

A friend of mine who is Samoan but married to a very blonde white guy did 23 and me after their kid came out almost as white as her husband. She found out that she was like 70% white herself which I guess she didn't know. I've heard that a lot of black people who do this are surprised to find their family tree is full of white people.

Every single African American in the United States is at a minimum 12.5 to 25% white. Wife was super suprised when she came back part Scandinavian, lol.

Supposedly most blacks will have Irish. Both were essentially seen as inventors at the same time.

Big Phoenix said:
Why though? How does knowing you really are 1/32nd Cherokee impact anything at all about your life?

I simply dont understand the fascination with heritage and giving places like 23andme insane amounts of information to profit off of.
Click to expand...

I don't understand your view point, we all came from somewhere, don't you want to know more about where you came from? Not to mention you can see genes in people's faces, you can see personality being linked genetically, it explained a lot to me.

Voyce said:
I don't understand your view point, we all came from somewhere, don't you want to know more about where you came from? Not to mention you can see genes in people's faces, you can see personality being linked genetically, it explained a lot to me.
Click to expand...