Chrono Trigger ppl made it, plays like it; end game grinding like most mobile rpg's.
The characters you start with are still being used on the japanese server which is about 1.5 years ahead; so the power creep isnt that bad. 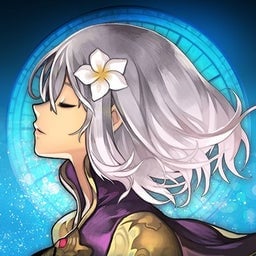 r/AnotherEdenGlobal: The Unofficial Subreddit for the Global Version of Another Eden! Come chat, discuss, and engage in this fan community for the …

Another Eden: The Cat Beyond Time and Space Unofficial Wiki

Yup and I've really been enjoying it. Cant remember when i started but it was right at the end of the free Miyu thing. Its certainly different from other gatcha games in that about only thing you missed if you're new (besides the free miyu) is the gacha rate up banners. The 2 events released have you do collection stuff like other games but they never end so there is no rush to get it done asap which is great when you have a busy week etc. Also no fucking PvP, (thank you Diablo 3 and Warframe) i hate that shit so much in gacha games, devs are not so confined to balancing units around 2 game modes.
I can see myself sticking with it for a while, lots of cool updates in the future and seems to have a growing community on reddit and discord. Last gacha game that held my attention for more than a few months was Fantasy War Tactics, I played from launch till pretty much when Nexon sold it to another company and they have been pretty lousy with it. But yeah again, its alot of fun and no rush to finish things cause you'll never "miss out" on anything (besides unit rate up banner) if you start up now or 3 months from now.
T

Been playing this for a few weeks. Great game. Pretty good story for a mobile game. The gacha is unintrusive and not really required to progress. Lots of callbacks to Chrono series and the music is very reminiscent of the series, one of the first gacha games i didn't immediately turn off the sound. The grindiness of the game is fairly simple but surprisingly satisfying. And no auto mode is nicer than I thought it would be.
C

Been playing this as well. For me, it nails the mobile/jrpg blend. Decent enough story, great art and score, simple yet somewhat dynamic mechanics, unobtrusive cash-grab elements.
Show hidden low quality content
You must log in or register to reply here.
Share:
Share