Lightning Lord Rule - Can we get a sticky for a few days?

Find the latest deals for Black Friday and all the best sales of the year at BlackFriday.com.
blackfriday.com

Look no further for the top Black Friday 2021 deals. Find the best deals and discounts on Amazon.
www.amazon.com
Reactions: Hoss and chthonic-anemos

Check out this great deal on the Benjamin Armada . Need advice? Let our airgun specialists help you today! 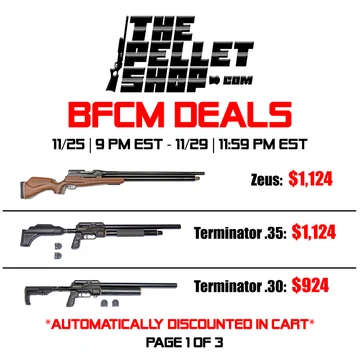 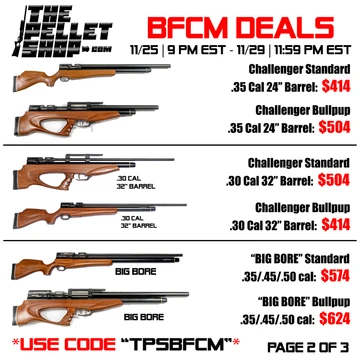 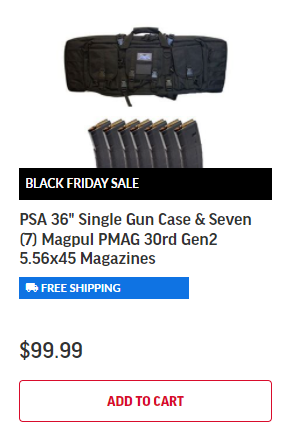 Lightning Lord Rule - Can we get a sticky for a few days?

Find the latest deals for Black Friday and all the best sales of the year at BlackFriday.com.
blackfriday.com

Look no further for the top Black Friday 2021 deals. Find the best deals and discounts on Amazon.
www.amazon.com
Click to expand...

Congrats on creating it!

Kirun said:
Tools of genocide and colonization.
Click to expand...

I was just thinking about how if Europe and Asia didn't give/sell any weapons to Africa, the genocides in Rwanda and elsewhere would have had to be carried out with rocks.

As for Black Friday deals, it seems like hardly anybody I know is spending any money this year, smartly enough. There are the usual game sales at Gamestop etc but yeah. I'm not in the buying spirit either.

When I think Black Friday I don't think 40% off, get back to me when those games are $20 and under.
Reactions: Kaines and TheNozz

Lot of Switch games are $25 at Gamestop which is pretty shocking. I mean it's shocking to see Switch games go under $50, or at least it was before this year. Looks like these sale prices are gonna run through the 26th, so if they do another B2G1F sale (which they very likely will on the week of the 20th-26th) you could clean up. I managed to get basically all of the games I want on sales this year and all I've got left are MH Generations, MH Rise, and Mass Effect Legendary Trilogy. All of those happen to be $25 at GS. I could grab 'em all now but I'm gonna wait a week and get one of them for free. Paying $50 total for 3 games that would usually run around $110 altogether is pretty sick.

After that the only modern game I'll want that I don't have is the Switch Actraiser remake, maybe eventually it'll get a price drop or a physical version. Would also like Dragon Quest 8 for the PS2 but I'm holding out hope for a remaster instead and have been for years.

Crazy that after the past two holiday sales (I got a bunch in Q4 2020 too) I have every game I want outside of the above five. I've never in my entire life been able to say that I have every game that I want, and growing up I was lucky to get a new game every 2-4 months.
Show hidden low quality content
You must log in or register to reply here.
Share:
Share