I thought about just posting this in board games, but I know we have a few people that are interested specifically in Blood Bowl and all the information would get lost in there.
So, for those that don't know, Games Workshop is going to release a new edition of Blood Bowl most likely before the end of the year. They just updated their website with the new information:
Games Workshop – Bloodbowl

I'm currently in a league, hosting a tournament in February, and starting a podcast with one other coach. I spend way too much time thinking about the game, so I love introducing people to the game, getting more interest, and answering questions.

The new box is going to have a two-sided board and includes 12 players from Orcs and 12 from Humans. You'll have to buy extra Blitzers and Black Orcs since they don't include enough for an ideal roster, but if you've only played online (or have never played at all), you should see if you have a league in your area. In my opinion it's a much better game over-the-board than online.

This is awesome but my only experience being the video game this is super intimidating, and I know I would get into the roster painting and end up spending five hundred to a thousand dollars before I knew it...
Last edited: Oct 13, 2016
Reactions: Djay

That's what happened to me too. I kept finding new teams to back on kickstarter. And I'd never painted miniatures before, so I spent money on paints and supplies. Still haven't finished my original Norse team, but I've become a much better painter.

My local league will usually let new coaches borrow teams and boards until they can buy their own. It doesn't have to be a huge financial commitment, but I have extra income and apparently no impulse control. I have 2 teams waiting to be painted, 2 waiting to be assembled, and 4 or 5 kickstarters waiting to be delivered.

The game still pisses you off sometimes, but I notice I don't get as upset with bad dice as I did on the computer.

I'm going to a tournament in 2 weeks in Oklahoma. The theme for Nuffleween this year is wrestling, so I'm taking an Amazon team with female wrestler names...also taking Wilhelm Chaney, but using this Kaosball miniature that I just painted yesterday:

I'm not a great painter, but pretty happy with how this one came out. 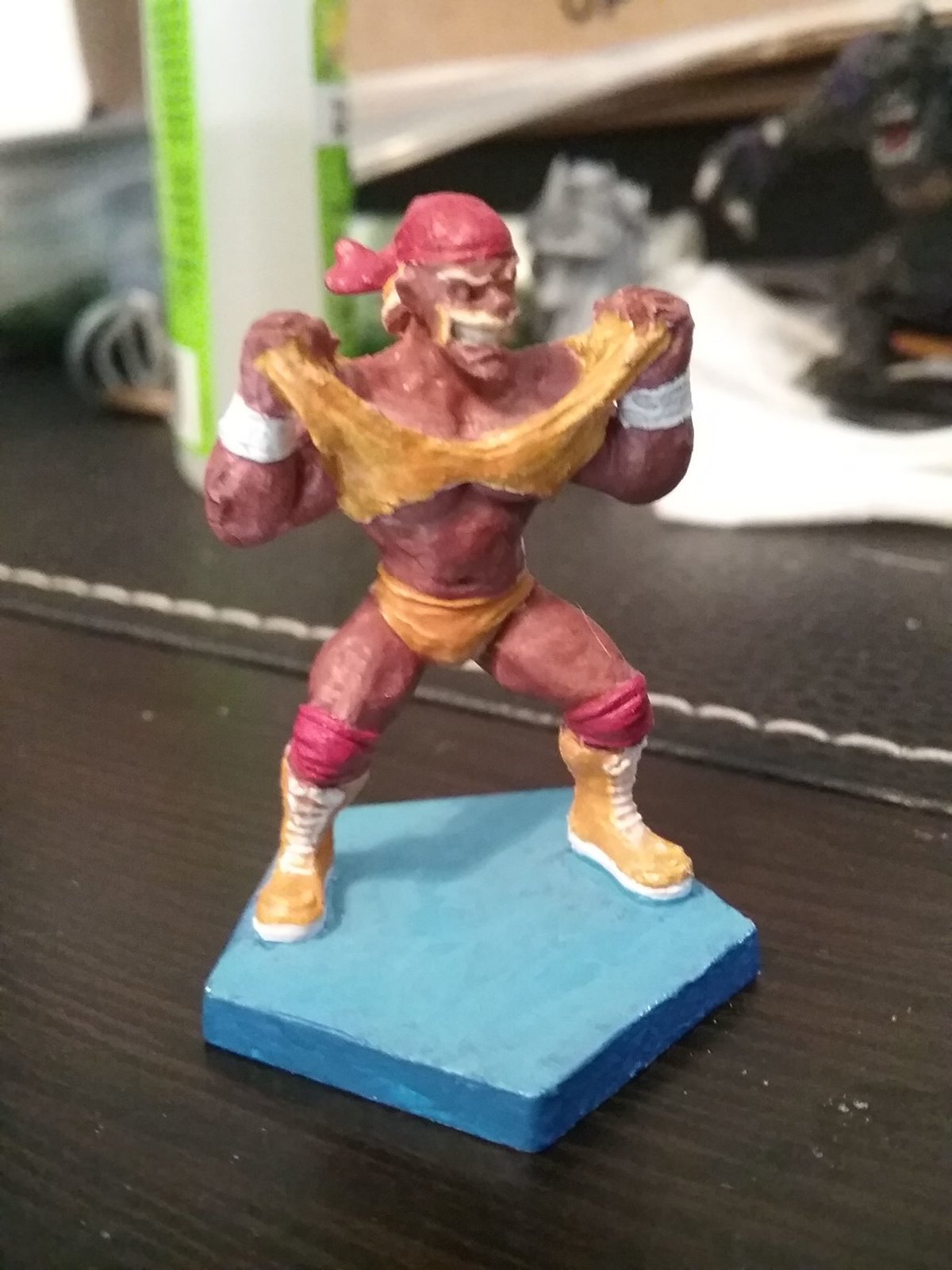 I'm really looking forward to this. Ever since i played the video game last year I've been looking for a league to start playing, but all of them are defunct.
I hope the release of the boardgame creates an influx of players enough to get a couple of leagues going.
Reactions: Djay

Preorders start on November 12th and the game releases on November 25th. All the local game stores are asking my local league to come run demos and stuff, so definitely reach out to your local store and maybe see if they can gather a list of emails for people interested in a league.

I won't be getting the standard box since I don't need a board or Orcs/Humans, but they're also releasing Deathzone (rules and fluff) and the Skaven team on the 25th. I'll buy Deathzone and maybe the Skaven dice. Hopefully I like the designs of their Elf teams, because I haven't found 3rd party miniatures I like for Elves yet except for a High Elf team I'm still waiting on from Indiegogo.

Got another tournament this Saturday...hoping to finally make that push to a Top 3 trophy, but I haven't been playing as much lately so that's probably a stretch. Have two nights to finish painting 6 figures...I keep procrastinating, but it'll be nice to finally have this team "done." I have so many on the backburner that I need to put together and paint...and I can't stop myself from backing kickstarters, so more are coming in all the time.
Show hidden low quality content
You must log in or register to reply here.