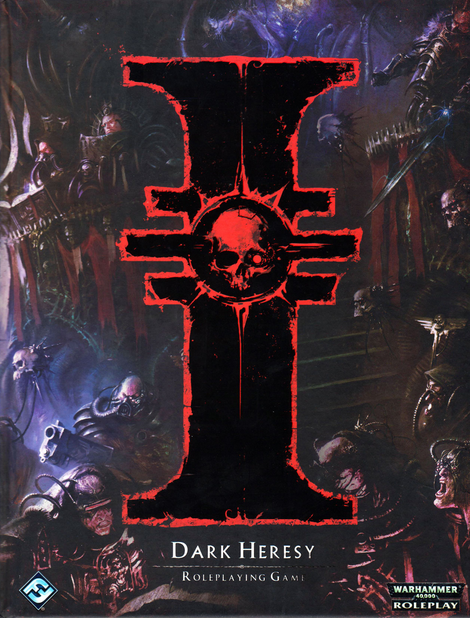 I heard Fantasy Flight Games got their license removed, so it looks like the end of the line. Some friends an I have been playing since first edition all the way through the disgraceful rogue trader and deathwatch, a few ill fated black crusade campaigns, a few only war games (as intended) and absurd amounts of games using the OW and DH2 Systems.


Right now we play 3 games. A chaos game set on a barbaric chaos world. A standard dark heresy 2 game with acolytes doing the good work of the inquisition. (that game has been going on for 2 years, 21,000 xp and will end if the players survive this tyranid invasion they're in or not!). We also play a game of literally the game Cyberpunk, but we use a custom mix of the DH2 rules because the origional cyberpunk 2020 rules are horrifying.

when the DH2 game ends, we're going to do a "death watch" game (using Dh2 rules remixed) set in the horus heresy.


we've built up a lot of house rules and custom weapon stats and whatnot. I was kind of curious if anyone had any custom rules they use. I ask because a friend and I have begun to super overhaul weapons, talents, and a few other minor things for what will amount to a google spreadsheet based sheet system to run the game in. we have one now that works but I designed it retarded and want to customize the system more. and i'm generally a 40k rpg nerd and didn't know if anyone else wanted to sperg out about it.

Did a few DH2 games about 5 years ago, some really interesting things you just don't see in any other setting. I was a tech priest and spent 30 mins trying to open a door that wasn't locked. I befriended a dog that was actually a super fucked up demon in disguise, it ended up murdering most of the NPCs, was a great who done it.

We played alot when it first came out and it was alot of fun, alot of cool dynamics and great if the group is role playing but I felt really broke down with any min max as the difference between classes wasn't good enough.

Kovaks said:
We played alot when it first came out and it was alot of fun, alot of cool dynamics and great if the group is role playing but I felt really broke down with any min max as the difference between classes wasn't good enough.
Click to expand...

Wut? It was skill based so did everyone just pick offensive skills and the GM ran campaigns where you had to murder everything? I loved looking at peoples skills and see where they were weak and then fucking them for it. No one has any points into drive...well this mission you start out in a convoy, who is the driver? Watch them slam into their Commanders vehicle when shit hits the fan, get demoted or thrown into a shit prison system. Of course they could get lucky and roll really well then they save the day and feel awesome either way it was a win win.
Reactions: Zyke and Campbell1oo4
Show hidden low quality content
You must log in or register to reply here.