in the latest "huh?" move 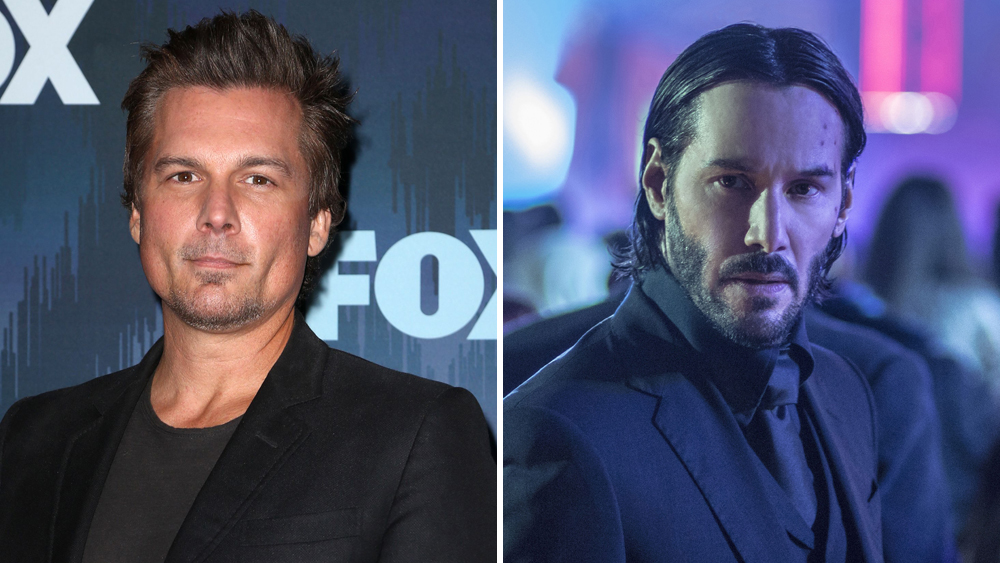 EXCLUSIVE: Lionsgate has set Len Wiseman to direct Ballerina, an action spinoff of the lucrative John Wick franchise. Ballerina focuses on a young female assassin who seeks revenge against the peop…

deadline.com
Ballerina focuses on a young female assassin who seeks revenge against the people who killed her family. The picture is on a fast track, with a script by Shay Hatten, whose credits include the Zack Snyder-directed Army of the Dead for Netflix and John Wick: Chapter 3 – Parabellum. Len Wiseman is set to direct.


I assume the ballerina will be the chick with the bloody feet in JW3. Weird move, but whatever if its good its good if its not who cares, John Wick 4 is currently in production. No real hopes for this Ballerina though, the director previously did Total Recall reboot and Live Free or Die Hard, both of which were absolutely awful.
Reactions: Rude, jayrebb, khorum and 1 other person

Asmadai said:
Lol you damn right, that dude will always be Ryan O'Reily to me.
Click to expand...

Bubbles said:
I shall counter that with I never saw Deadwood.
You should really watch Oz. It's brilliant
Click to expand...

I liked Oz a lot, but after a while the prison rape just grinds you down. I barely recall much in the way of story threads aside from the rape.
Reactions: Rude

Sick kid of Xmas meant I had a day for watching movies - slammed this and 6 Underground.

I loved this - not quite as good as 1, but much better than 2. 6 Underground was a fucking disgrace
Reactions: DirkDonkeyroot

I got this on release day on bluray. Still haven't opened the package. I need to get around to it. Maybe this week.

I also finally got around to watching this today and for me it was a mixed bag: better than 2 in some ways, worse in others and both are much worse than 1, which is one of those "lightning in a bottle" almost perfect movies where more isn't necessarily better ala The Matrix. Really ironic that Chad Stahelski was associated with both. I think that the slowing down of the speed of the fight scenes is a deliberate choice, not due to Keanu's age. They look very HK/Chinese cinema in parts, and I think it was done that way to boost the movie's overseas (Chinese) BO. Also, the main bad guys are clearly Japanese. Sweet mother, though, the body count in the last two movies: In the first movie it was impressive and amazing to watch John Wick "Baba Yaga" his way through Russian Mobsters; by the third set piece in the first half-hour in this movie, though, I was just numb. The mythos of the High Table is neat but they seemingly keep expanding/changing/adding provisos and addendums. Also, what kind of idiot makes an elite assassin pay that kind of penance? Good luck shooting and fighting as well as before missing a finger. The movie just completely falls apart in the end; forget the verisimilitude of JW1; they are just completely in the magical realism of the "Wanted" comic book. Even with the bullet proof suit at point blank range and the short falls, come on.

2 was disappoint when we didn't get to see that one chicks huge nice tits. (The one he was sent to kill and she offed herself) there was a chance to have some nice duality art death and sex scene there in the bath...but nah, no tits, this is a family show! (Double tap)

But... those tatas look worth the risk!

Xadion said:
That one that got them in trouble about this mansion of rich people that take in drifter kids to sexualize torture and then kill eventually while also having them slave work etc.
Click to expand...

Shit I think that's one I watched a bit of, in the hope of seeing some boobies. I think it was set during WW2 they were Italian Nazi's or whatever their term was. It got to a bit where this odd old guy with goofy ( crossed ) eyes. Let himself get drilled in the butt to prove some point or some shit. It was then that I decided: Nope! shut it off.

Yeah, something like that...their stuff is odd AF... I wondered to it because it was somehow related to le petite escro...something...schoolgirls... this I think French about these fridge girls going to a school to teach them to fuck. And somehow this Italian capture sex torture bordello flick was related ... after I watched some I looked it up... it got in trouble for not only being depraved (even for them) but also...their "loose" documentation on actors...information...

Ok, got a chance to watch this tonight. God damn was that entertaining. I liked it a lot more than #2.

The book death in the beginning was pretty enjoyable also.

Those crafty Asians were ruthless. Russians were a waste of time. I didn't like the dyke guy/girl from Billions. Good shit.

Yeah, I know the first two movies were back to back headshot bonanzas but this one just seemed a little too focussed on an unchecked kill count and not much else as the story arch was just a ludicrous afterthought and felt like nothing more than a blatant lead on to John Wick 4.

That said, I did love the scenes with the dogs. Much ball-chomping and throat-tearing to be had.
Reactions: rhinohelix

Third one was pretty tiresome and The Mythology got exponentially more retarded.

They need to dial that shit down back to reality before it turns into Fast and Furious.
Reactions: rhinohelix and Grizzlebeard

I think the trip to the Sahara threw the movie off a lot, it felt weird, very "Assassins Creed"-y, and while you can easily accept the world building of John Wick up to that point including all the ludicrous things like 40% of the world runs on an Assassin economy and 1 gold coin can get you a rum and coke OR a million dollars worth of guns, it felt really silly that the head of the assassins chills out in the middle of a fucking desert in a tent for no apparent reason. Especially since it kinda massively contradicts the lore build up of the previous movie with the various families, the "board room", etc which made it feel much more Illuminati/corporate than Templars vs. Assassins.
Reactions: ohkcrlho and Grizzlebeard

Yeah, I know the first two movies were back to back headshot bonanzas but this one just seemed a little too focussed on an unchecked kill count and not much else as the story arch was just a ludicrous afterthought and felt like nothing more than a blatant lead on to John Wick 4.

That said, I did love the scenes with the dogs. Much ball-chomping and throat-tearing to be had.
Click to expand...

Somehow the fact that spartacus has some of the best dialogue, acting and story arc of any tv show, ever, gets lost among the red corn syrup.
Reactions: rhinohelix
A

Warmuth said:
Somehow the fact that spartacus has some of the best dialogue, acting and story arc of any tv show, ever, gets lost among the red corn syrup.
Click to expand...

And best tits. Don't forget about the tits
Reactions: Izo, Thorpe, Gamma Rays and 5 others