my 6 year old loves catching pokemons on my phone and recently a friend in his summer day care showed him the card game. i played MtG a ton when it came out, so looking forward to this. Aside from the current phone game and the Southpark episode, i know nothing about Pokemon.

any thing i really need to know before we buy some packs at Target?

what's the range of rarity rage? if he gets something rare/expansive, should I put it in a protector or at least prevent him from bringing it to school? i can imagine older kids offering him some unfair trades.

how many packs is a good starting amount so he and I can play?

Right now certain Pokemon cards are incredibly expensive, I'm talking about $80+ they are also going to increase in price since Pokemon just announced a "Pro-Tour" in the style of magic.

Your best bet is to buy a box set with a preconstructed deck. They sell them at Target and local card shops. They will not come with anything worth money but will be a deck that he can play out of the box. Get one for yourself as well of a different type and learn the rules together and play with him.

If your child opens a "Full Art,Mega,EX" or any other type of card that looks different from the rest, take it and check the price and if it's worth money sell it online and use the money to buy him more cards.

He's 6 so chances are he won't really know how to play or really care about playing most little kids collect the cards. The problem is that a lot of these cards are so expensive that little kids ruin them by playing them without sleeves or bending/drooling on them that they become worthless. 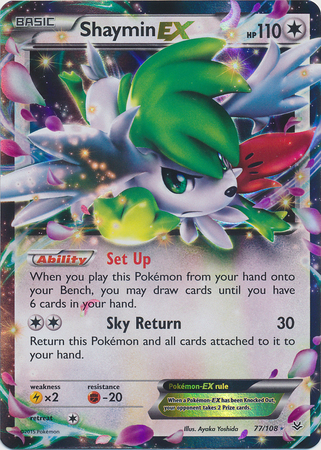 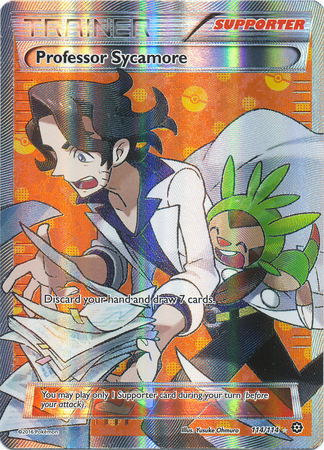 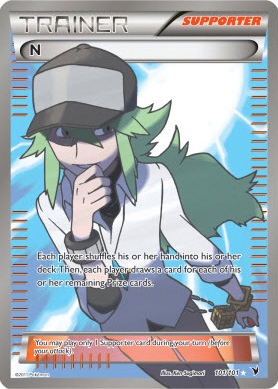 And various other cards with $50+ price tags. It's not as expensive as let's say Vintage magic. but Pokemon beats the pants off of ANY current card game in terms of return per box.

So, What you do is you take his expensive cards sell them and then buy him cheap EX cards to replace them. Kids are stupid anyways he won't know the difference.
Reactions: Conefed and fris

Deja vu... My almost 7 yo son loves catching pokemon on my phone, and now kids at school who bring their pokemon cards there, have hooked my son. I used to play MTG quite a bit in high school and beyond, so it's kinda neat. I went and bought 2 premade decks from Target, as well as some tin with a few packs in it, so we can learn together. Gotta say seeing packs with 3 cards is super weird, and normal packs are 10 cards? MTG was 15 iirc. My wallet aches. Have zero clue what I'm doing, or what's the best bang for your buck, so to speak, but looked on Amazon for giggles and I guess fake cards are a big deal, so that seems out. The world is a different place from shitty fake MTG cards in 1995. Too bad, was looking to pick up some bulk shit in the future maybe, but still don't want fakes.

So far old fart dad's only rules are no taking the cards to school, and no trading them. As is, hurts me to see the way he handles them, but, he's young. Open ass, remove stick, dad.
Reactions: pharmakos and Kovaks

Really enjoying this with my son. Bit simpler than MTG, but I get a big kick outta watching my son get better and faster doing basic math in his head. As predicted he's very interested in learning to read what cards say, which has been great.

Big 2 thumbs up from a nerd dad. 10 years ago I'd have laughed at the notion I'd play Pokemon TCG one day. Who knew.
Reactions: pharmakos and Conefed

Hey, I need some advice and help from person or persons who are a lot more familiar with the current state of Pokemon TGC. I have some cards that I think could be valuable, but I honestly have no Idea. I know my 1st Edition Blastoise is probably my most expensive one. Have many more, but I think that the Ninetails is Shadowless, a long with one of my many 1st edition Machamps?

Check trollandtoad.com or tcgplayer.com for a little better idea. But looks like Dark Raichu might go for a couple bucks? Hitmonchan was arguably one of the best Pokemon in the game in the early days, but was never worth much. Realistically, I have no idea if there even any demand for many cards that old as the game has completely changed multiple times over.

I forgot to look that one up, my bad. Kids fuckin love dragons so Charizard has always been a chase card.

Retail ask is $190 so I think you did pretty good. 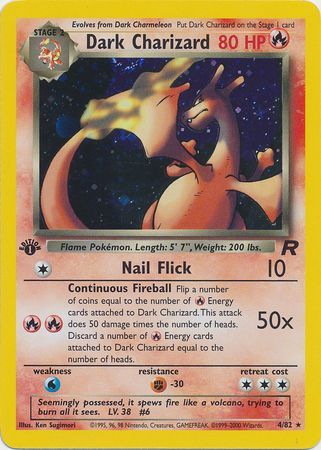