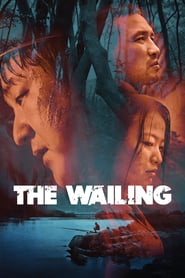 Plot: A stranger arrives in a little village and soon after a mysterious sickness starts spreading. A policeman is drawn into the incident and is forced to solve the mystery in order to save his daughter.

Just finished watching this, it's a very good horror-mystery film that's mostly unpredictable. It's kind of like Chinatown + Exorcist + Rosemary's Baby put together in an eastern setting. It's long but not dull and has an amazing climax.

Lunis said:
Just finished watching this, it's a very good horror-mystery film that's mostly unpredictable. It's kind of like Chinatown + Exorcist + Rosemary's Baby put together in an eastern setting. It's long but not dull and has an amazing climax.
Click to expand...

I can totally ditto your post if you take out "very" completely and change "amazing" to "really interesting."

The directing was great, the acting was good (especially the protagonist's daughter- wow, she can act for an 8 year old), and the story was interesting. The plot had Texas-sized holes in it, though. If you generally like your movies to add up at the end and make sense, you'll be disappointed. My general thought at the end was "I have no idea wtf just happened in this movie, but it was an interesting ride." Neither I nor the girl I was watching it with could figure out the story, so I did some general research afterwards to see if we just missed it. I couldn't find any semblance of an explanation that helped the story make sense. I think part of it was a cultural divide. Another part of it is that I think the film's creators wanted to "leave it up to your imagination." Honestly, I'm ok with some stuff being left to the imagination of the audience, but in this case there were just too many gaps and totally unexplained scenes.

All told, it's worth watching if you have 156 minutes to kill just for the mystery/suspense/interesting cultural things. I'd watch it on a long plane ride /shrug.

This film is also known as The Strangers. The guy who made this film made two others before that. One I did not see (The Yellow Sea aka The Murderer) and The Chaser which is an extremely good thriller. The Wailing is a well crafted film, but I must say the plot left me a little unsatisfied and I doubt a second viewing would be illuminating.