Agreed achievement points and dailies have some of the worst design decisions to ever plague gaming.

So the mage tower is just cosmetics and achievements?

I can get behind adding more content to the game, even if recycling models/zones etc. but for nothing but achievements and cosmetics? Gross.

Mage tower being used as another catch up mechanic or even expanding on the mage tower idea would have been cool but... its like adding deadmines to shadowlands for lvl 60 characters but still dropping lvl 15-20 loot. Why? Completionists wont even be able to get the old form which doesn't really even satisfy completionists lol

Maybe harsh, I know quite a bit of people wanted the mage tower back but as an outsider looking in, playing devils advocate as a player that quit and weighing coming back in 9.1.5, why the fuck would I do that? Especially as someone that played legion, got all the transmogs, why would I even bother?

The shit works. The amount of people I see proudly presenting their platinums and other such trivialities in console/mmos etc. is grossly high.

Obviously some games do a good job of making them flow with the general play of the game, but most seem to be abusive time wasters. Digital paper pushing in your video games and people are all "yo let me suck some of that".

Pretty sweet for all these company KPIs though.
Reactions: Big Phoenix

I’m no fan of “achievements” but you sure picked a weird way to spell “daily quests”
Reactions: Rime

Kithani said:
I’m no fan of “achievements” but you sure picked a weird way to spell “daily quests”
Click to expand...

Then you have the Primordial Evil of Achievements linked to Daily Quests.
Reactions: Ukerric and Rime

Complete 10000 daily quests. In the Quest Achievements category. Added in World of Warcraft: Mists of Pandaria. Always up to date with the latest patch.

Complete 10000 daily quests. In the Quest Achievements category. Added in World of Warcraft: Mists of Pandaria. Always up to date with the latest patch.

Having that achievement should come with a loss of voting rights IRL, your brain just isn’t fit for making decisions about society.
Reactions: Blitz, pysek and Vhars

I only have it because Maw and Korthia rares eacah count as daily quests.

Why do you two hate yoursleves?
Reactions: Lasch

BoozeCube said:
Why do you two hate yoursleves?
Click to expand...

I only started playing retail again in November 2019 after coming back for Classic after not playing *any* WoW for 8 years.

At least I'm not clearing trivial content from 15 years ago while listening to Fury Warriors jerk themselves off about their dps.
Reactions: DrSpooge

I was curious and...<Gatorade and Poopsock Meme>. Jesus how sad is this, over the course of Wotlk...

I hated hearing people talk about their “achieves” or worst “chieves”.

Knew one chick that went as far as calling them “chievies”, but she had a cute Australian accent so I gave her a pass.

you fucking amateurs. You need to get on my level date of completion wise. Since I don't have an active sub, had to pull an armory info

krismunich said:
I was curious and...<Gatorade and Poopsock Meme>. Jesus how sad is this, over the course of Wotlk...
Click to expand...

Anyone able to top my poopsocking back in the day?

or 3 months, dunno if the date syntax is the same across all regions. NA generally does M/DD/YY. Savages

you can't compete with no-lifers

do you people wanna see something really pathetic? WTF was I thinking? 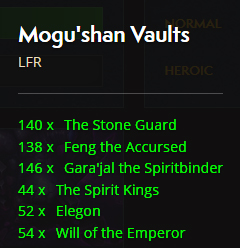