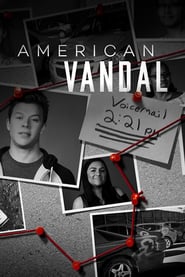 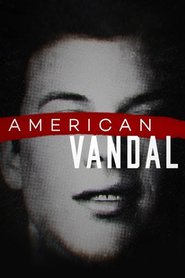 Overview: A true-crime satire that explores the aftermath of a costly high school prank that left twenty-seven faculty cars vandalized with phallic images.[/SERIESWRAP][/SERIES]

Probably should have had a different name, I just assumed it was yet another true crime story thing that seem to be flooding the airwaves now. That is a pretty damn good trailer.

Where have I seen this guy before.. Is he a YouTube personality?

Binged this. Wasn't as good as I was hoping but it was still very watchable. Didn't need to be as long as it was, a couple of the episodes were a little pointless but they kept it interesting enough. Premise was pretty great and it was decently executed. Kept you guessing until the end.
Reactions: jayrebb

This was actually better than I expected. Because it's a series I expected it to run out of steam early and just trudge along to finish the story. But it was well acted, funny, and the entire story was even compelling AND believable. I'd give it a 7.5/10

The trailer doesn't even scratch the surface.

I binged the entire thing in one sitting yesterday.

Started watching this last night. First episode was hilarious but the humor kind of dies down a bit. I am halfway through it and actually interested in the mystery now. Pretty entertaining either way.

Season 2 was good, but not as good as season 1. Season 1 had more jokes, but season 2 is still a very good show.

I thought S2 was better then season 1.

It started off more jokey imho. like, netflix jokes, characters that are even more cliches, etc..
But then transitions into a more poignant message by the end.

'American Vandal' Canceled at Netflix, Will Be Shopped Elsewhere

Just binged through season 1, enjoyed the first few episodes but by episode 5 wife and i were totally hooked and we stayed up an extra 3 hours just to finish the show in our third sitting. really hilarious, its a bummer it got cancelled but i'd probably get bored of the format after 2 or 3 seasons. will definitely watch season 2 before it disappears from netflix or something.

It was "created" at CBS which is desperate for more content for its streaming service so I could see it ending up on there, if they can work out a deal to rehouse season 1 & 2. Dunno though what kind of deal Netflix had with it.

Just watched this. I thought it was great.

Sucks no season 3
TV show information provided by The Movie Database
Show hidden low quality content
You must log in or register to reply here.