Late to this thread. If anyone is still needing advice on mobile games, is an RPG-thusiast, and wants to play some things that don't really exist on non-phone systems, I recommend:

-Final Fantasy Dimensions: The first one, don't know about any spinoffs. This is a high-quality FF even though it's on phones. I think of it as an "After Years" of FF5 in terms of the gameplay. People who love Final Fantasy should put this at the top of their list for phone games.

-Adventures of Mana: An HD, semi-3D port of the original Final Fantasy Adventure on Game Boy. Looks tremendous on a screen that displays bright-colors well like Galaxy S9. It's an action-RPG of sorts and I had fun with it. If you were a fan of the Mana games or FFA specifically, check it out.

-Dragon Quest 1 and 2: The phone versions of these are really crisp and HD ports of the Super Famicom remakes. They look great and they play great. Neither game is very long so I grinded to max level in both just for the fun of it. The phone versions of these are the best way to play them, aside from the Switch versions which are similar but horizontal instead of vertical (makes little difference IMO)

-Dragon Quest 5 and 6: Can't speak on the interim two on phones or any after these, but I think these are worth a play for Dragon Quest fans. They're HD, sharp versions of the DS remakes of both, and look SO much better than said DS remakes. Like 1 and 2, I think this is the best way to play these.

-Final Fantasy 9: Like others have mentioned, this is a great HD port. However, you can get this on PS4 as well.

-Final Fantasy 3: HD port of the DS remake of the game that looks much better than any other version of FF3 out there. Less "port" like most of the Final Fantasies and more "legit remake". Great game with a class system. Looks vivid color-wise and, much like DQ5+6, is a much easier play on here than the DS version was.
Reactions: chthonic-anemos, Nola and yimmien

I’m needing to unload a couple of game accounts because I don’t have time for them anymore. If anyone is interested in a reasonably priced, very strong account for Star Wars: Galaxy of Heroes or Marvel Strike Force, shoot me a PM. They’re both 3-4 years old and have extensive collections respectively, nothing you could match with in-game purchasing for less than 5k+.

Vanessa said:
Glad I could provide! I love them!

I had an addiction to tower defense games for awhile. Found Kingdom Crush 1 & 2 to be the best ones during that time... any better ones out there since then?
Click to expand...

There are two more kingdom rush games out now, Origins is good. Vengeance is ok, you play as the bad guy.

I played Realm Defense for a while but it may be pay to win at this point. I think it had a ton of power creep.
Reactions: Vanessa

Seananigans said:
I’m needing to unload a couple of game accounts because I don’t have time for them anymore. If anyone is interested in a reasonably priced, very strong account for Star Wars: Galaxy of Heroes or Marvel Strike Force, shoot me a PM. They’re both 3-4 years old and have extensive collections respectively, nothing you could match with in-game purchasing for less than 5k+.
Click to expand...

Lemme see that MSF profile. Not specifically interested in buying it, just where you're at after 3+ years. I'm near 10mil currently after a little over 600 days.

If you like pvp action my favorite 3 actiony games on mobile are:
Mobil legends bang bang - it is essentially league of legends on the phone but the controls are way simplified. I look like I am rolling my face on the keyboard when I play LoL but I am semi competent at mobile legends. That said I only play aram. Mobile legends has a second game magic chess incorporated into it that I think is excellent as well.

Brawl Stars - Another moba with many different battle modes

Darkfire Heroes - It has a strategic rpg campaign but it really comes down to if you enjoy the pvp modes. There is one called 'castle' that is an rts and a second one called race which is kinda unique.

Have I posted this already?

You get PvP within 2 seconds of looking for a game. Also some PvE options.

Very active Twitch and YouTube going over the meta. Lots of tournaments with prize money. Try GothamChess and HikaruNakamura.

Hasn't been patched in 500 years though, when they buffed the Queen to be OP and have left it that way.
Reactions: Captain Suave, MusicForFish and Kithani
A

I kind of want to get back into it. Haven't played in over a year. I'm sure catching up on meta stuff will take forever. Any good sites you would recommend?

Aevian said:
I kind of want to get back into it. Haven't played in over a year. I'm sure catching up on meta stuff will take forever. Any good sites you would recommend?
Click to expand...

yeah Ive taken a few year+ long breaks here and there. it changes so often it can be difficult to keep up with

mantastic pad is pretty good at info with current events and if you should roll or not
the pad subreddit is also pretty good at getting info and/or advice on what to do with your box. I would recommend posting your box there and asking for advice. If you ever got Yugi when he came around, hes still pretty good at clearing most things. Im pretty casual anymore so I dont really worry about clearing the things that are super difficult. It seems like most of the current meta leaders are pretty recent with the exception of maybe Raijin who just got an update and is a really good rainbow/combo leader.

Is this the right thread for this or do we have a dedicated emulator one? I did a search and this looked like the best candidate.

I don't know shit about this kind of thing but I have my old phone gathering dust so I bought this controller for it: 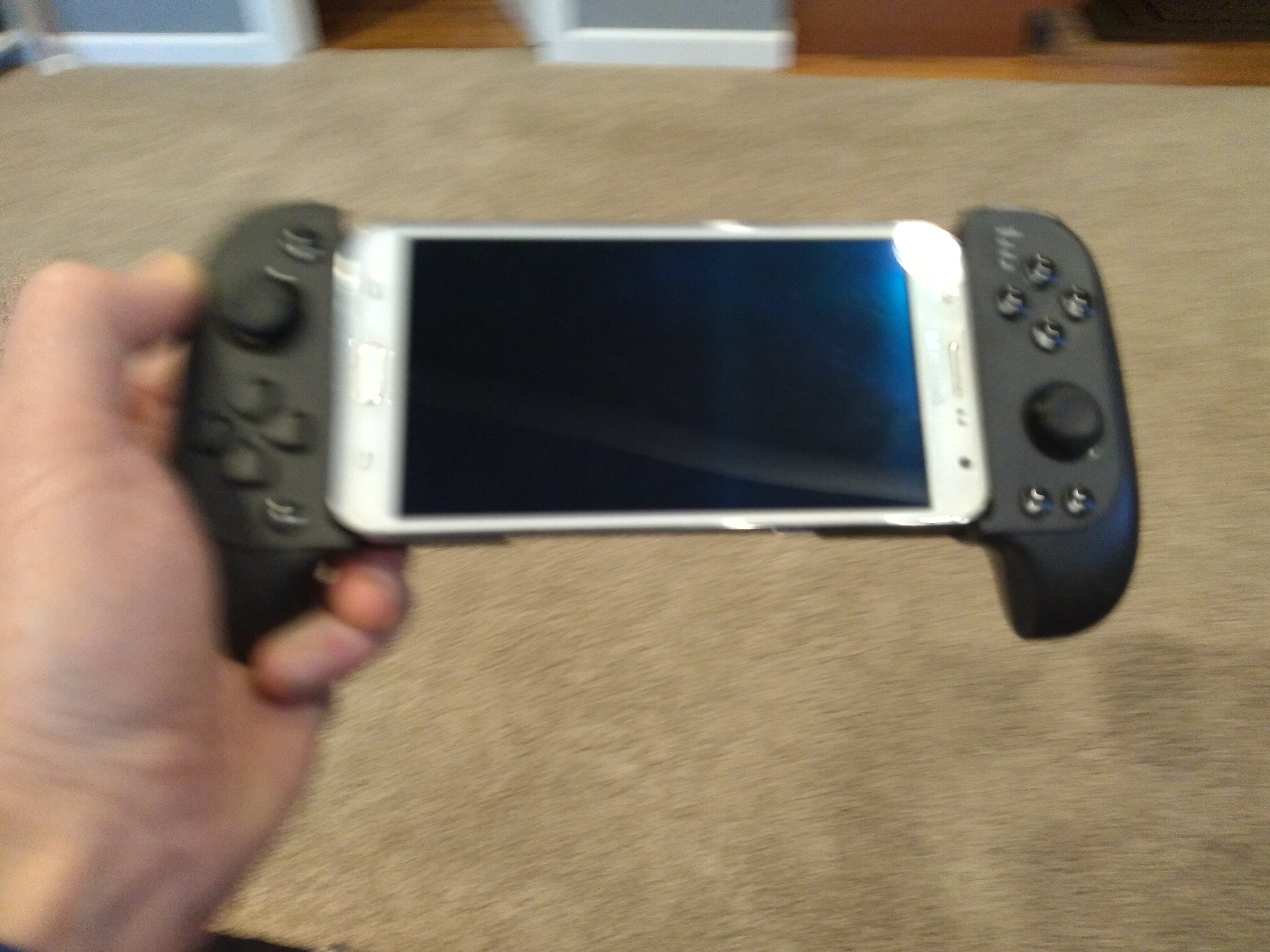 I deleted everything on the phone that I could and installed Retroarch. I'm downloading "Top Nintendo DS games" romset now. Is that about all I need to get up and running? If any of you are experts at this I'd love your advice. I watched a couple youtube videos but they really don't give any useful advice, likely for legal reasons.

Aevian said:
I kind of want to get back into it. Haven't played in over a year. I'm sure catching up on meta stuff will take forever. Any good sites you would recommend?
Click to expand...

Gankak said:
I tried to get back into PAD after like a 2 year break and couldn't really do it. The game had just evolved too much and I couldn't get back into it
Click to expand...

Fucking game changes so much in between metas that if you're gone for 6 months, you literally have no idea how high end teams work anymore because they've changed 4 times.

And if you're not, it's just a slog and you run outta shit to grind to improve correctly. Fun game for awhile, but it's more like a job past rank 800 and just not worth it.
Reactions: Gankak

Cutlery said:
And if you're not, it's just a slog and you run outta shit to grind to improve correctly. Fun game for awhile, but it's more like a job past rank 800 and just not worth it.
Click to expand...

This exactly. This is how I felt I would log in and try and work on my box but a lot of the teams have seasonals that I missed due to not playing, or needed latents I didn't have and couldn't get

I saved up a shit ton of stones for the last 2 big meta leads and got both. Although they both really shine if you have at least 1 dupe. Most recent one I saved up just over 500 stones to try for 2 and spent 450 and only got 1. But as a return player, its super easy to stock up on stones and do something like that. Even if you dont have the best team with these new leaders you can clear the content that you had trouble on when you quit prob pretty easy.

Anyone want to do wildrift?
S

Still liking Pokemon Go here. PVP is deceivingly good. Has a shit ton of depth, but not as much as the main Pokemon games, so you can play it casually and the meta is small enough that you know what your targets are.

Shit tons of people stream it on Twitch, too, in case you want to see how it works.