Intrinsic said:
Does the demo link just show up on Steam at launch time?
Click to expand...

Yes. It showed up a little early on the main store page.

Vorph said:
Yes. It showed up a little early on the main store page.
Click to expand...

Hmm.. I restarted the client and don't see anything. 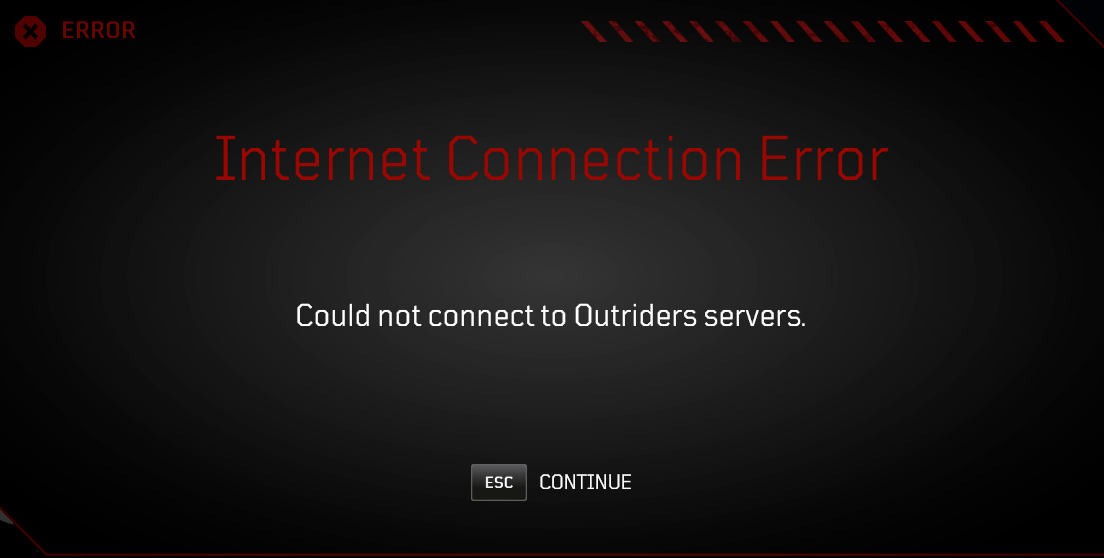 Yeah, I do so love when you're playing a single player game that kicks you out to the title screen when there's the slightest hiccup with the server connection. This appears to be a lot more than just a 'hiccup' too.

Well its fully co-op so I'm sure its effectively a game-as-a-service even when in single player mode.

Seeing as I can't connect now, other issues I've seen so far:

30 fps cutscenes look pretty terrible, especially with the weird shaky-cam that makes it seem even more choppy. Some are 16:9, some are close to 21:9, which is also pretty odd.

Performance isn't great, and the graphics settings aren't nearly granular enough for a modern PC game. I'm getting 45-60 fps at 1440UW with everything on Ultra. Would be nice to turn some useless features off, but they've done stuff like lumping all "post processing" into one setting. And you apparently can't turn off motion blur at all (turning down post processing makes it worse, if anything). Hopefully they haven't encrypted the UE4 ini files like too many other UE games have done, at least then we'll be able to make changes to individual settings.


Gameplay is pretty good though. Only tried gamepad so far, since I didn't want to spend the time to remap the keyboard to a proper ESDF layout. Doesn't seem to be a huge amount of auto-aim, but it's still easy enough to hit distant targets.
C

I have low expectation for this at the moment, and Demo seems a bit anemic in regards to the skill tree. So, what I hope to get from this is a feel for the gun-play and how well the gameworld looks for exploration. The 2 skill points you get are pretty useless since the first 2 perks you can get are just generic HP / Dmg / Utility, so those won't change anything about your gameplay, let alone let you get a feel for any of the subclasses.

Edit: No jumping, and very little climbing from what I'm seeing on streams. So it gets negative points for lack of mobility.
Last edited: Feb 25, 2021

Why is there a countdown to start the game?

Ooof I am not impressed at all.

Yikes I was expecting a lot more hype today.

I think they made a mistake with a 'carry over to release' demo. It should have been like the Division 2 demos, where you could play the very beginning, but also had a way to load up a max level character and see what the game is like with everything unlocked. There's just not really anything interesting to see in the first chapter of the game, and no way to tell if it's going to be good or bad in the long term.
Last edited: Feb 25, 2021

I played through the prologue and I'm having fun. Seems like it will be cool to play with people.
Reactions: Stave

So far it is not what I expected story wise but I do like where it is going. Also yeah demo is showing the beginning of the game only and it is a slow burn to say the least. I can see late game being a ast though.

I hate games that dont have jump. At least it runs smooth as butter 170 frames at ultra on 1080p and 1070GTX. Still have not made it to shooting anything other than the range so well see I guess.
Reactions: Cupcaek

It feels like what I'd expect if Ubi or CDPR made a Gears of War game, which isn't really a compliment.

I'll play through the demo for sure, and try the other classes, but this will probably scratch the day one FOMO itch I'd have probably otherwise had when it launches.
Reactions: Captain Suave and Willy T

I don't hate it but am also not burned or burned out from other stuff in this genre. Barely played Destiny 1 and 2, nothing in Division 1 or 2 or anything else I can think of that is similar. Not sure it'd be a day 1 purchase unless there was a group of friends going in but will stick the demo out and keep playing around.

Its not bad for what it is. It kind of remains to be seen what the later game is all about and the end game. For now its seems like same shit kinda. Enter a room with a whole bunch of sandbags for cover and waves of enemies rush you. I did encounter a boss that does some fire tornado thing and that was pretty tough. Have crashed a few times too.

Yeah fire tornado guy was the toughest guy for me so far. I'm getting Anthem vibes from this. Like it's sorta fun but could be way more inspiring. Same skills as other games, same fucking loot, and same god damn skill trees.
Reactions: Daidraco
Show hidden low quality content
You must log in or register to reply here.
Share:
Share