I was instructed to place this thread here. A place to discuss WWE/NXT/ROH/Lucha Underground/NPJW/Indies.

Who is ready for the Royal Rumble? I have a feeling the crowd will shit all over anything other than a Daniel Bryan victory.

Was reading about some wrestlers suing the WWE for concussions. Sounds like they were probably covering things up.

I haven't watched wrestling in a while. Who is the the most electrifying man in sports entertainment today?

Things have changed a lot in wrestling over the years. You wont see any chair shots to the head or pile drivers on WWE any longer. It wouldn't surprise me if these guys have brain damage from their wrestling days.

No one will ever fill the Rock's shoes as the most electrifying man in sports entertainment.

But right now, I would say any former member of The Shield and Daniel Bryan are as good as it gets.
1

Vanderhoof_sl said:
No one will ever fill the Rock's shoes as the most electrifying man in sports entertainment.
Click to expand...

Bray Wyatt's entrance has an Undertaker-type vibe to it, but it's not quite as good now that he's alone. Dolph Ziggler is in the Mr. Perfect/Bret Hart/Shawn Michaels style if you like that. Dean Ambrose is the closest thing this generation has to a Cactus Jack...he'd take the risks if they'd let him. I'm not a big Seth Rollins fan...I think I'd believe him as a mid-card belt holder, but the idea that he's up there with Cena and Lesnar seems strange to me. Obviously they're pushing Roman Reigns, but now that he's not a part of the Shield, it's hard to hide how uncharismatic he is on the mic.

I don't think Daniel Bryan needs to win the Rumble, but if it's Roman Reigns or something happens again like Batista from last year, there will probably be a riot. Wyatt, Bryan, or Ziggler would all probably be okay. They did a good job of making Ziggler seem like a legitimate contender for the World title at Survivor Series, so he could move above midcard theoretically now. There are other people the crowd would be okay with (Cesaro maybe), but they've been buried lately. Basically it will most likely be Bryan or Reigns...I would love for them to surprise me, though.

I dream of a Daniel Bryan/Brock Lesnar Wrestlemania Main Event for the championship. Potentially and all-time great match. Seth is getting better on the mic and, based on skill alone, is the best wrestler from The Shield. I imagine he could drag Bray Wyatts big tummy through a good match.

Did anyone else watch Wrestle Kingdom a couple of weeks ago? it was my first exposure to NJPW and I really enjoyed it.

Downhill ever since, still waiting for his comeback. 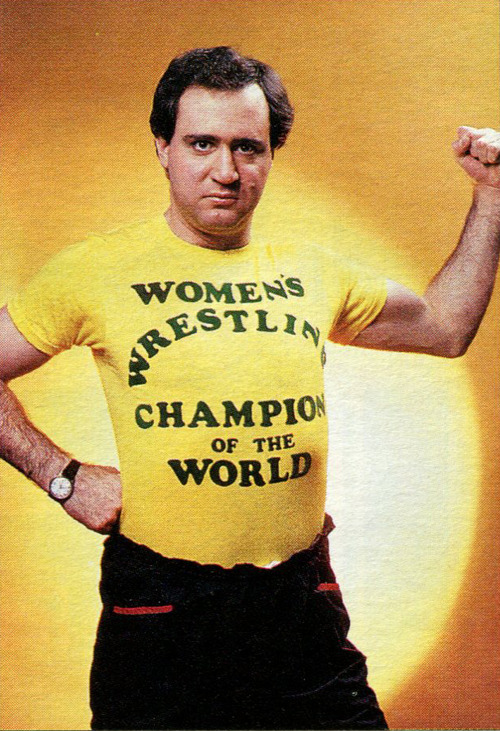 Vanderhoof_sl said:
I imagine he could drag Bray Wyatts big tummy through a good match.
Click to expand...

Wyatt has had some of the best matches in the last year or so. I can't remember which PPV it was last year, but the one with him and Daniel Bryan was amazing. His problem is that they built up his gimmick then did nothing with it. They had him lose at almost every PPV and completely destroyed any mystique around him. But they kept having him do the exact same promos and stories with 3-4 different wrestlers anyway. Not sure what there is to not like about his in-ring skills, though.

I haven't been impressed by Wyatt's body of work. He has a good entrance and I enjoyed his promo work before he started repeating himself over and over again. Rumor has it that he is wrestling the Undertaker at Wrestlemania and that is why he is being booked so strongly. I would rather see Undertaker sit out a year and wrestle a retirement match with Sting next year.

If Taker is going to keep showing up at Wrestlemania I really hope he's been busting his ass to get into better shape. He was looking pretty tubby last year.

Right now my favs are Finn fucking Balor and The Vaudevillains. Love both of their entrances and they're fun to watch in the ring. Balors full entrance at a Wrestlemania would be boner inducing. Just a couple I really dig. You could basically add in the entire NXT roster for the most part really. Kalisto is sick as hell and will replace Mysterio quite nicely when he moves up.


I watched Wrestle Kingdom 9 and it was also my first NJPW event. It was one of the best shows I've watched in recent memory. Absolutely brutal. I believed they needed all that medical help after the matches. lol

I am hoping Finn Balor makes it into the Royal Rumble. It would be a hell of a surprise and the smarky crowd in Philly would freak out.

I love the Undertaker, but at this point in his career he needs a good worker to drag him through matches and I don't think Bray Wyatt can do that.

I watched the Nakamura - Ibushi match again last night and I still love it.

NJPW clothesline alone are more devastating than most WWE finishers.

And they have AJ Styles breaking necks left and right...

Lol at least doing the Styles Clash off the ropes looks much safer and more impressive to boot.

NXT is so much better than main roster shows. I actually fear for guys like Balor, Zayn, and Neville getting called up and ruined.

Ah the Cream Rises to the Top promo. It's fucking awesome to watch that one stoned. You end up saying, "where the fuck do all the creamers come from!"

That is also my concern Rengak. But if things are going to change then it has to start somewhere and these guys are as good as it gets for that. Vince has to die one day. Lol