How to handle a bad VP

I am the senior engineer.

My VP started at the same time I did approximately six months ago. She has a resume that boasts she was an architect for some company I never heard of but did exist. Those in IT know how rare that is...they are usually the best of the best for those that don't know.

One thing that really stood out was that she never stayed in one location for more than two years. I thought that odd, but no one else raised a flag, so I figured that may be the norm at those levels of management. BUT, what stood out was that she was a project manager most of those 10 years. So in my mind, she was a wiz and moved on once she cleaned up her companies mess...OR it took a couple years to catch on to her and they booted her ass out the door. Unfortunately for me, it's the latter I am thinking.

In my 25 years in IT I have never seen a VP involved with day to day operations. Major projects yes. Day to day, why sully yourself? This woman is the epitome of a micromanager. She questions/wants DAILY write ups of the techs day to day dealings. Analysts day to day work, and projects. Engineers projects, and today she questioned my 2 projects.

I buttoned up my notes and progress. Cleaned up all Visio's and documentations, and gave her what she requested. I'm cool as The Fonz.

I lie to you not. She wondered why I had not hyperlinked a particular tab. (The reason was that I had not gathered all that info and needed the customer to respond. There are approximately 20 tabs just an FYI). Went into how this was unacceptable work, how she needs to present this to the customer (I still have 3 weeks BTW before I need to present a SOW to her) Blah Blah Blah...

Instead of looking at me being 95% complete on a project I received this past Wednesday, and due in October, she went somewhere I was really not expecting. This is the 1st time she has tried this with me. The rest of the team she hits them over the head every day with silly shit. She pretty much leaves me alone.

The second "project" she tested was re-routing of calls out of Miami. Wondered why she didn't reach certain call centers as per Visio's she had on hand. I'm like "Bitch! Have you seen the news? Shit in Miami is fucked up right now!" She also asked what I am telling you are dumb questions I expect from a tech, never mind someone who boasts to have been an architect. I had to re-read the emails she sent a couple times to make sure she was asking what I think she was asking. I answered her and CC'd everyone that she originally CC'd, without being condescending. Now she wants to discuss my handling of Miami. Although there are ZERO complaints and all directors involved and my CIO acknowledged a job well done in an emergency.

She's flying up now and will be here at 4PM. I have everything ready to go, so I ask, how do I handle this?

Everyone wants me, including my director to "tell her about herself". I'm usually like fuck no...BUT she is a major issue with this department running smoothly. They have tried their best to make her see this to no avail.

Without getting into everything, just trust me, she is bad at what she is supposed to do. Instead of being a VP, she is in project manager mode. Skipping directors and managers is just stupid, especially if they are more than competent. This style of hers throws everything off considering how far up the food chain she is. Nothing gets done because if she questions anything, you drop what you are doing, well because she is a VP. Ignoring what you probably should be doing because you need to respond, or put into crisis mode because of a useless observation on her part.

I will say this. I absolutely will make her look stupid with what she is questioning me on. That's a given. I'm hoping there are people in the room so as to make sure she can't say I said anything inappropriate. I am also going to ask small questions to test her knowledge tech wise. I refuse to believe she was an architect. I am in no fear of losing my job for anyone that may think that. I can push back and question her reasoning.

I had a VP i didn't get along w/. I manage a team of analysts, but otherwise similar hierarchy. "keeping higher ups out of your shit" is an under rated skill, no matter how much everyone talks of it's importance. my biggest challenge was relaying the necessary info in a way my VP wanted it. the target seemed so small. everything delivery was either too detailed, or not enough. i've never missed the mark like this w/ previous VPs. overtime, w/ help of my director, i got better at predicting what he wanted to hear about and what he didn't. like most of us, he didn't want to see problems coming from my department.

seems like you have weak leaders between you and your vp, they should be more engaged. behind the 8ball now, but you should be keeping them informed so they keep the VP informed and out of your hair. in my exp, VPs like to get involved if there's growth metric opportunities. keeping the wheels on the bus? they could care less. you working on something that could result in a new large customer or huge spike in $$? they will be in your shit.
Reactions: Chanur and chthonic-anemos

My advice is to challenge all your assumptions, including your job security. No one is irreplaceable. I've gone into meetings where I thought someone was pulling way above their rank and basically got told that was allowed.
Reactions: jayrebb, chthonic-anemos and Hoss

My first reaction is what the hell is your boss doing? He should be managing that shitshow, making sure you are not disturbed so that you can do your job.
Reactions: Chanur, chthonic-anemos, Soygen and 1 other person

I'd tell my manger and director to get the bitch off my back.

Shit on his dog or wife.

Adebisi said:
I'd tell my manger and director to get the bitch off my back.

They should be playing defense on this
Click to expand...

It sounds like she's trying to justify her salary.

Watch yourself. Whoever brought her on will chew through you before he admits the mistake.

The two guys above you realize that, I suspect, and don't feel like taking the risk.
Reactions: Eonan, jayrebb and chthonic-anemos

Don't confront her, you gain nothing from this.

For all you know she is sucking some major cock and you can guarantee she will not forget it if you embarrass her in public.
Reactions: chthonic-anemos

Agree on talking to your supervisors. At least have them present
Reactions: chthonic-anemos

I will say this. My bosses are constantly BCC'ing me on emails, and they absolutely have tried to explain to her almost daily she is an annoyance. Here is a simple example that went out Friday.

Who is escalating? We just met on Wednesday and the business added/changed requirements which require announcement updates. Which we have not received exact verbiage for announcement/menu.

The team cannot work successfully and feel this constant overbearing pressure or fear of escalation “to the top” in every request. Requests where the business expects telecom to do the work without requirements under the umbrella of “just copy ABC setup”. Well 90% ABC set up has been redone 10 times since the person making the statement last understood the call flow.


When the business themselves don’t have a clear detailed design (emergency shutdown, BRP, agent resource availability conditions during business hours or voicemail needed) the change order information, at best 50% useful.

That being said, as previously communicated Billy Bob Thorton has built 95% (vectors, skills, VDNs) of programming and we have 2 additional questions regarding message play interval and confirmation of hours which I sent to Jennifer, Mary and Casey this morning.

They can test today (dial internal 222800) if needed but the documentation and Visio is not complete. CMS programming will be complete today.


As you see they try...but you can also see with my bitch post, it means nothing.

Lendarios said:
Don't confront her, you gain nothing from this.

For all you know she is sucking some major cock and you can guarantee she will not forget it if you embarrass her in public.
Click to expand...

Ya. My director just said answer her politely, present and move on. We just made sure we are solid in our recovery plans.
Reactions: chthonic-anemos

Prep your Manager and Director beforehand and if they and you are confident you are not losing your job over a tiff in a boardroom, then you have a duty to expose dead weight and in the long run you SHOULD be better off for it (no idea about your Corporate 'Culture').
Reactions: chthonic-anemos and iannis

Brahma said:
My VP started at the same time I did approximately six months ago. She...
Click to expand... 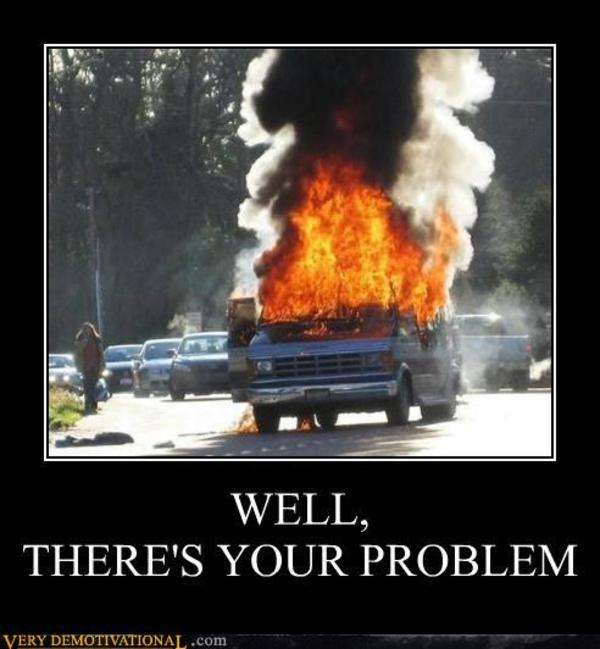 Screamfeeder said:
Prep your Manager and Director beforehand and if they and you are confident you are not losing your job over a tiff in a boardroom, then you have a duty to expose dead weight and in the long run you SHOULD be better off for it (no idea about your Corporate 'Culture').
Click to expand...

Ya I gotta go with lend and iannis on this one. Unless you absolutely know 100% you can win this battle just deal with it and on a long enough timeline her performance should sort itself out. If it doesn't, look into other job options and if you get an offer let your managers / directors know you're entertaining another job because you can't work under cuntface. Heads will start turning if you're a top performer.
Reactions: chthonic-anemos and Haast

Next thread from Brahma: "What is misogynist-shitlord sensitivity training? Anyone else forced to attend this at their job?"
Reactions: Gurgeh, Himeo, Zapatta and 11 others

I mean it probably won't. If the project succeds in spite of her, shell claim credit. If it fails she's already assigning blame.

Someone got their dick sucked. And you gotta deal with this whore until the blackmail runs out.

C.Y.A. in these situations. Its what she's doing. Either her superior sees it, or he doesn't.
Reactions: chthonic-anemos

Look out for a new job. Doesn't look like a place you want to stay.
Reactions: Himeo and chthonic-anemos
T

Is being an architect at a no-name company really best of the best?
Reactions: chthonic-anemos