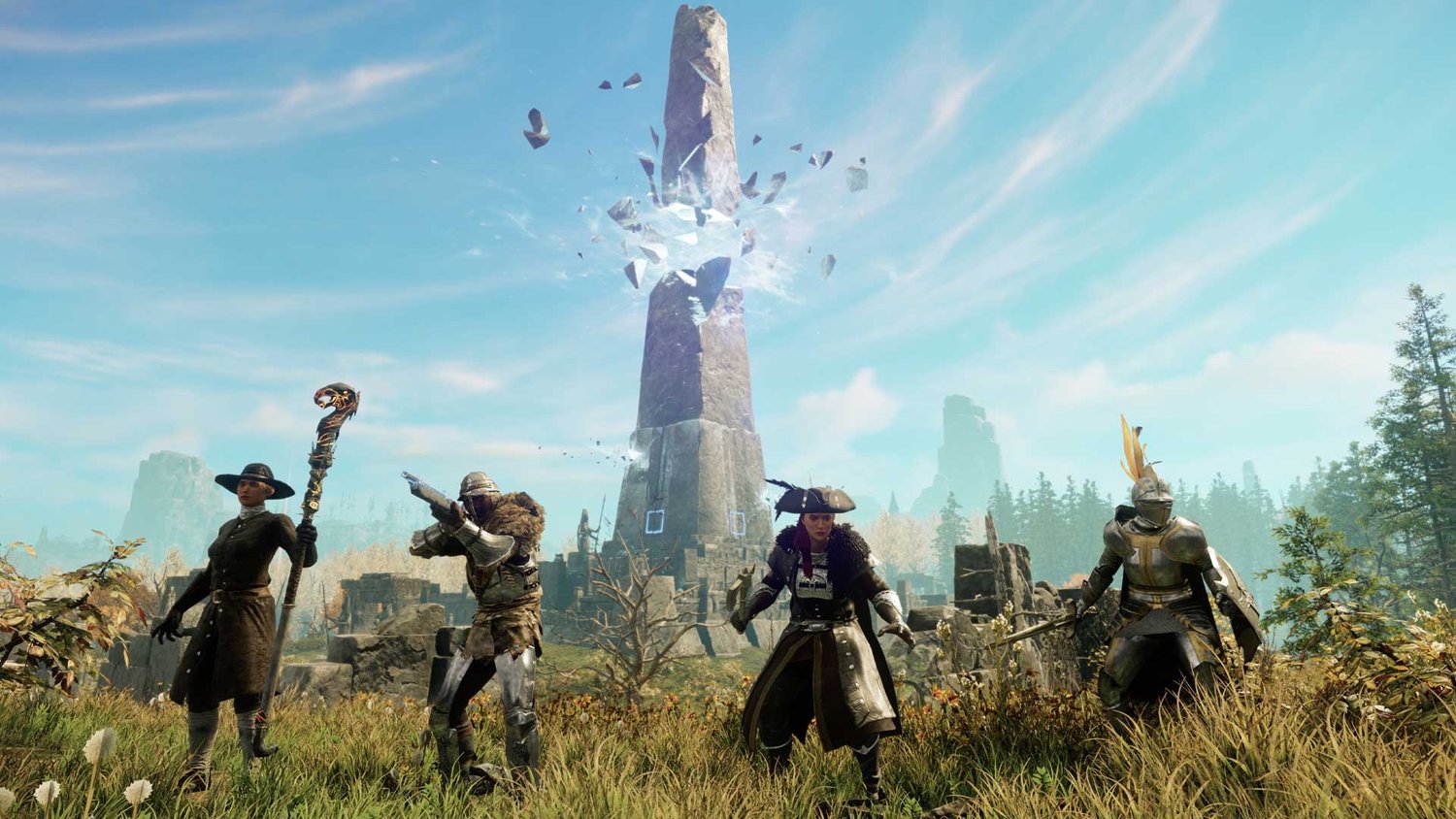 According to job listings, the creators of New World are teaming with Daybreak Game Company on an unannounced free-to-play multiplatform game.

This has Smed's dirty hands all over it which means it'll be trash.

It'd be hilarious if EQ3 actually released and then got immediately shitstomped by RiotMMO like EQ2 with WoW
Reactions: Zzen and Lasch

I always found it funny that the Daybreak Games financial stuff they released in the past couple years showed EverQuest as their most profitable product yet the development of said game resembles more of that which is barely above maintenance mode. Is Smedly and company over at Amazon making the next EverQuest? It would explain why a senior developer became the producer of the game rather than a bean counter like normal. It's literally in technical maintenance mode with minimal new development until such time as it is ready to be replaced.... maybe? Who knows. Just guessing here.

TIL Amazon and Daybreak have game developers.
Reactions: Chanur, Raes, jayrebb and 3 others

New World with people who can QA and do math? Could go a month farther before it falls apart
Reactions: rhinohelix, wilkxus, Chanur and 4 others

Amazon found out their people dont know shit about how to actually run an MMO and reached out to the cheapest fucks in the industry and blizzard is a PR nightmare.

Multiplatform is quite a buzzword though. More metaverse bullshit.

Im also triggered by the fact hundreds of billions of dollars are being invested in companies basically making...

Im also 100% convinced Zuckerberg has been getting his dick sucked by trannies in VR chat for a long time thus the Metaverse was born.
Reactions: jayrebb, Cukernaut and Mist
S

Fucker said:
TIL Amazon and Daybreak have game developers.
Click to expand...

Lot of potential employees that just walked out of Blizzard's offices.

They'll be a bit confused when their cube crawls are just John Smedley giving them a thumbs up, telling them they're doing excellent, and asking them how their work is going, but I'm sure they'll adjust.


Kuro said:
It'd be hilarious if EQ3 actually released and then got immediately shitstomped by RiotMMO like EQ2 with WoW
Click to expand...

Ironic because of Greg Street's involvement as head of the Riot MMO too.

Job listings already point to Unreal Engine being used. Probably for the better, given Amazon abandoned Lumberyard 2.0 plans in favor of donating it to the open source community via The Linux Foundation as O3DE.

Also, I don't think this has Daybreak's direct involvement. I think this might be "an Amazon game made by a majority former Daybreak/SOE developers at the helm", not a "Daybreak/Amazon partnership" as it's being flaunted as.
Reactions: Lasch

Don't tease me so.
Reactions: Grim1

This is like the weirdest team-up I've ever seen. Are these the best MMO companies we have? Amazon is shitting the bed with New World because they wanted money. DBG is pretty hilariously bad except for making $$$. DPG has actually been doing good stuff with EQ under the JChan helm, but I don't even know if DBG has done anything worth mentioning outside of PlanetSide 2 and H1Z1. Both those peaked like 8 years ago.

I wonder what the partnering is about. Maybe DBG wants to make a game (I'd wager PS3 honestly) and Amazon thinks they have the engine for it (they don't). Or Amazon is just hosting the servers and doing CS for them? I imagine DBG never wants to try and create anything anymore so they just want assets they can re-use easily and maybe Amazon is truly Amazoning at high levels and is now wholeselling video game parts to developers. They make everything, you just assemble the game!

I wouldn't be upset if the EQ IP went somewhere else whatever the agreement may be but from what I'm seeing or reading at this point is that Amazon is making a new MMO with people that have experienced with the Daybreak franchises. Looks more like an advertisement angle than actually anything of substance.

I keep hearing rumors that that future of EQ is also still being constructed within Daybreak. I'm really curious to what their plans are but it appears they're taking some much needed steps. Probably too little too late.... but its not like the MMO industry is booming right now. There are a lot of wanderers in the community looking for whatever comes out. FF14 I'm sure will do exceptionally well and I enjoy it myself but its more of a RPG Story with MMO sprinkled in. Shame Ashes of Creation wasn't further along and God only knows where Pantheon is right now.

EQ still could easily being doing better with a few easy decisions but I guess they'll continue to periodically release a TLP or two until we can see the long term plans of the 64-bit client and whatever they're cooking under the tables at Daybreak.

Personally I would like for them to rebuild / reimagine EQ and take it through X number of expansions. The upgraded artist renderings pop up time to time of Freeport and other zones but I think it would be really cool to see a polished EQ up through PoP and then release EQ 3 shortly after. Something like that.....

brand trust is important
Reactions: Zefah, Fuzzynutts, Gravel and 3 others

jayrebb said:
after they shelved and abandoned New World nobody is going to give a fuck what Amazon is doing

Amazon has done such a shitty job with New World. I find it highly unlikely that most MMO players are going to give any game by them a chance without some seriously fantastic reviews from players. I am talking about descriptive reviews that explain in detail why the game is so fantastic.
Reactions: jayrebb, TJT, Gravel and 1 other person

Secrets said:
Also, I don't think this has Daybreak's direct involvement. I think this might be "an Amazon game made by a majority former Daybreak/SOE developers at the helm", not a "Daybreak/Amazon partnership" as it's being flaunted as.
Click to expand...

This appears to be correct

Amazon and Daybreak teaming up for the next EverQuest? | EverQuest Forums

So.... It would appear that Amazon and Daybreak are teaming up for a MMO according to the article linked below....
forums.daybreakgames.com
Reactions: Blitz

Eh, this sounds a lot like Smed "getting the band back together", but a LOT of those old devs aren't even at Daybreak/AGS. Many of them moved to Blizzard or Ashes of Creation.
Show hidden low quality content
You must log in or register to reply here.
Share:
Share