I’m an out of state transplant. Been here long enough now. It’s growing on me, but i still feel pretty out of place here. I’m a black pilled atheist son of a bitch though which is a hard fit for conservative god country. I travel a lot throughout the state and meet a huge swathe of people too so not exactly pigeoned hole in a corner.

the tribal shit is weird. Lot of posers aka Rachel doziels running around, but the Indian presence is real. our own version of joggers depending on the area while other tribes are very very good to their people. Tons of rural small towns connected together, more so than any other state I’ve been in.

I prefer OKC to Tulsa. We love to put women in prison and pay our teachers shit ( can’t compete with neighbors). Decent govt presence if you’re employeed in that area.


Healthcare a big big sector too. IT not as much, but growing. I get what you mean by that drab feeling. It goes away over time. I’m in South Carolina for a project now and just simple things like the type of vegetation is a game changer.

Flat is flat. Can’t explain that. If wife and I stay here we will definitely buy a lake house to get out of the burbs.


A Ted Cruz state through and through, if that makes any sense. Old. Conservatives. Tulsa has a budding wannabe BLM with Greenwood and old money whites are happy to virtue signal. Meh lots to say, not moving anytime soon. University of Tulsa is a very good school if you have STEM kids. OU is a growing liberal shithole. I’m pretty sure they still fuck cows at OSU. It’s a traditional red state where republicans will sell out their people for cash aka rmoney. Slowly changing. The governor is a bit better than expected but pretty cardboard on the issues.


I’ve never met so many people that think they’re cowboys that live in the burbs. Strong LEO/military/family influence which is a good thing. It does feel like the last couple of years we’ve been “protected” from a lot of shit going on…but it’s seeping in.

Tulsa is ugly. It has a giant oil refinery on its west side. The river is dammed and is a creek. maybe someone needs to educate me on it more…but it’s clean and has some good architecture. not surprising amount of homeless. OKC has a lot of Mexicans.

Just my 2c from someone’s who has lived in both places. The weather is another factor to consider. tornados be real, or rushing to get your kids from daycare because your area is about to be buttfucked by storms. If that’s a big concern stay the hell away from Moore.
Last edited: Dec 13, 2021

Seems to me like all the tornados moved east


Very little properties have basements (clay). Having a decent shelter is a good safety measure. Warning systems are good enough but not full proof (good example of tornado in Tulsa about 4 years ago. EAS botched the call and didn’t sound sirens and within the 15 min sweep it landed and traveled a full mile in a populated area).

A workable garage shelter is around 8k and is a good selling point too.

pysek said:
Man you get about 20 or 30 minutes outside of town you can find a decent plot of land to slap down any number of giant sheds for vehicles, weed, mexicans, you name it, almost anywhere.

Of course there are various suburbs of varying quality as well, lot depends on the feel of the place or if you're more interested in not having too many close neighbors, also if it's Tulsa or OKC, both are very different towns.
Click to expand...

Tell me more about the differences between the 2? It looks like id want to be closer to tulsa, though i hear north end of town is bad.

We are probably unless something changes early, about a year or two away from moving, but we are now thinking of buying and renting just to get ahead of more Californians and inflation.

Hoping for sub 300k and under as its just two of us. So something like this with better garage space and not right on a highway as id like to be able to shoot. Weve seen better for the money a year ago, wife just happened to be window shopping while we were talking about the plan.

Like anywhere else, the closer you are to the city center, the more you pay. So if you're willing to live 30 miles outside of OKC or Tulsa, you can find a halfway decent community in any part of the state. Bartlesville or Lawton or Enid or Stillwater and so on.

If you want to REALLY get away, there are lots of little dead/dying towns that have whatever you'd want, cheap but you can count your neighbor's teeth on one hand. I mean their entire family's.

Rural is the goal where ideally you only have a handful of neighbors within a mile. I still hate thinking of some of the sold ones from last year that were great, couple acres wooded with outbuildings and rustic homes with modern interior.

Still plenty of those around, as I say, cheaper generally the father you go from OKC and Tulsa city centers. Hell, if we had enough FOH participation, we could look into getting a compound somewhere and starting a cult. I love Kool-Aid.
Reactions: zzeris

Just went under contract on 5 acres near Pryor. Full hour from tulsa fucking sucks but had most of what we wanted. Id still have passed, but trying to gamble with news articles making it sound like pryor is exploding might be a good investment. There's a Google data center expanding, some ev start up broke ground, and done euro company building a big days center and crypto farm. And some big childcare and shopping going in allegedly. Not bad for a town that I think was 20k in 2020.


Waiting to get fucked by appraising low or work stuff not working out, though i was hoping there would be good opportunities in Pryor that I could give up the fed contract in tulsa. Though more nervous about wife company flip flipping on the sale waffling doesn't help. 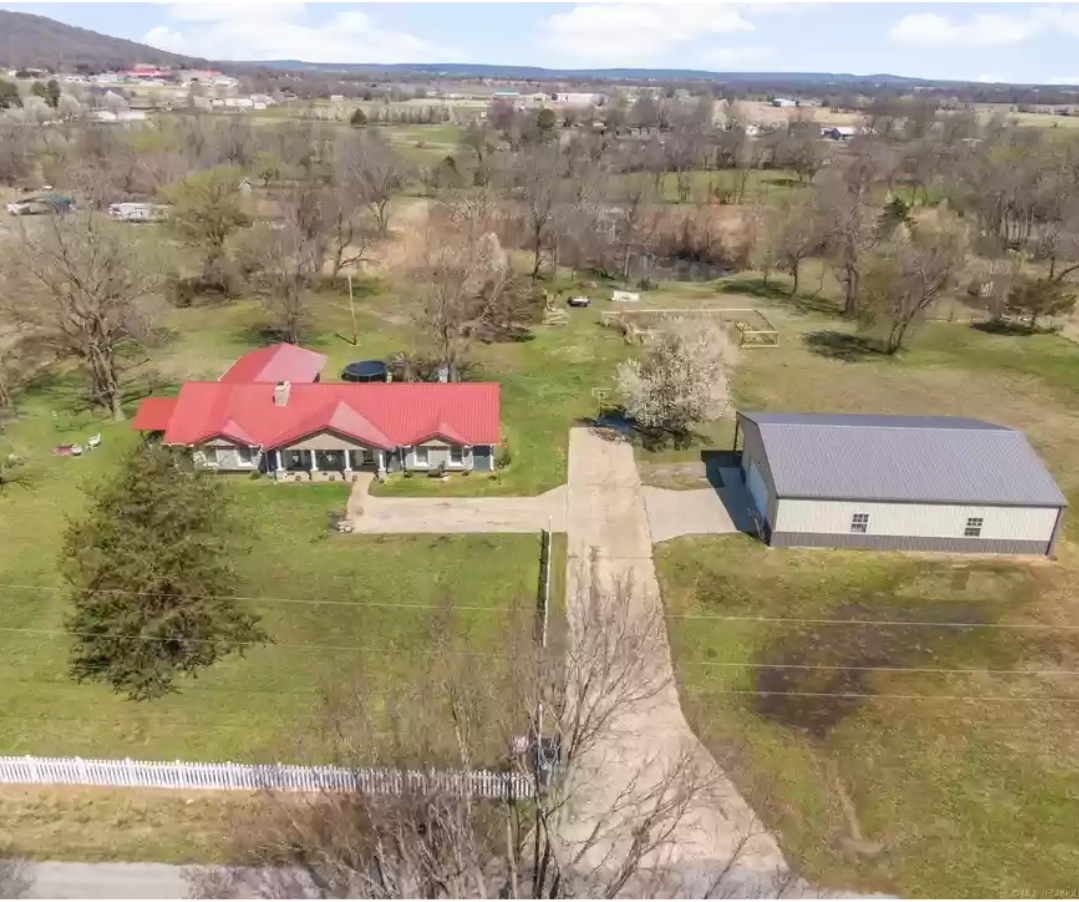 So hard to tell scale on a map but we are a little closer to pryor than I thought. Hoping nervous don't sell and they divide up properties to put me in the suburbs in 10 years.

Saw the news about the Panasonic ev battery factory. My agent was almost excited. He thinks that the already kinda low on housing area is going to be in great demand. Between that, and recent Google data center expansion and some other big business days centers, ought to be done job opportunities for me so i don't continue having to drive to tulsa.

Probably all manufacturing/ engineers/ security, but hoping maybe there will be some decent wage accounting jobs wife could grab at those bigger businesses since her current company post buyout is seemingly turning into shitheads. Already bait and switched her to a lower job title but at least same pay due to her going remote when they said it wouldn't be an issue. Just neglected to say oh, but only certain jobs they have could do that...

Springbok said:
Hit me up when you get here, I can show you some great driving roads between Edmond (my area) and Tulsa.

Honestly I’d prefer Tulsa… it’s a little more affordable, a little smaller but quite a bit prettier. Close to lakes, green, lots of fun winding roads and much hillier generally. Both are served by clean small airports. OKC is much more “city” and probably had more to do… both have a good array of restaurants (finally!) and the people here are generally great. Oklahoma in general kind of has a feeling like the last stop on the America demise tour vibe right now and I’ve never felt better about living here.
Click to expand...

Had a audi behind me on a nice twisty bit headed to ada from tulsa. Road 34? Forget where as I also drove back to CO same day.