Its true, speaking from a pure infantry point of view, every alert I have been in in the past few years its always been zerging the fuck out of a base, whether it be defense or offense. might be lucky to kill a few stragglers here and there before the base is captured. Long gone are the epic fights when this game released. This game is pretty much played at the high command level now, shifting resources around, and to those few people im sure its fun as hell, but for others it monotonous.
Reactions: Urlithani

I only fight in biolabs. I just imagine the tank drivers coming inside to help like 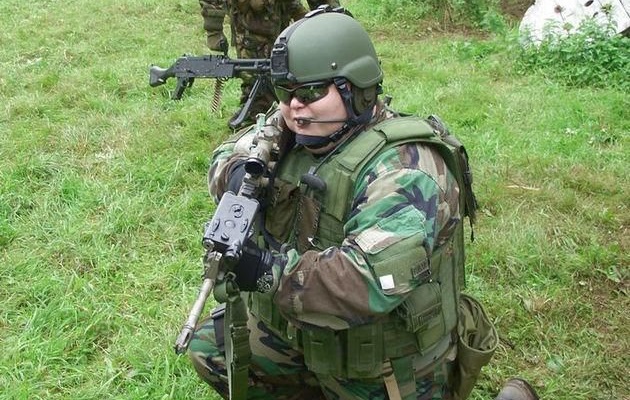 I like to fall back to vehicle shitting once I get farmed by full time Heavy Assault shitters who I flank, but always manage to jump-180, hit the win button and ping nothing but headshots. I get a decent headshot rate myself, but no clue how people do it instantly after turning around AND under fire (meanwhile my screen&scope shakes like I'm going into a seizure).

After a few of those encounters, I pull a Spur liberator. People bitch about the Banshee but I've one clipped entire squads with a maxxed out Spur nosegun.

A huge complaint of mine was always redeployside when you were about to take a cap and 400 people show up to shut you down. It was kind of a two part problem though that I'm sure could have been addressed in more ways that one.

The biggest issue was the huge void areas of land between bases, once a fight was stomped out the battle lost all momentum and getting back to that base was a huge issue. Most people just redeployed to another fight turning it into a zerg battle.

I thought the construction update was going to fix this, but I was wrong. I imagined it would delivery generic, bare-bones bases in-between major base hubs that kept the fight flowing. This way you only got pushed back a few hundred meters and the fight would rage on and be more spread out. Instead it was nothing like that at all, and bases were always built at inaccessible locations every time to make them more defensible. Had they made the base locations static and placed 2 or 3 between each base on the lattice line then that would have really helped the flow of battle. I'm sure there are other ideas/ways to have fixed this, that's just my idea. They could have even made it where once a base got to a certain level it could create it's own lattice line to a non-lattice connected hex forcing the enemy to target said base to shut it down.

Nothing was worse than the front lines being at the bases that were almost impossible to take (Quartz Ridge, Indar Excavation, Indar comm array, etc) spend 10 minutes trying to take it only to get fully wiped out by a re-deploy zerg and then have no other battle on the map. Rather than waiting 10 mins for another fight to kick up I'd usually just log out.

The Esamir bases are still rage inducing, I'm still shocked they haven't raised the height of the walls after all these years. I ended up uninstalling yesterday after a 2 hour fight where it was just 20 or so tanks farming the fish bowl and no way to push back. It was the only fight on the map and you couldn't do anything as an infantry player without getting shelled every few seconds.

As for two factions shitting all over one they could have forced some kind of attrition on those front lines. Say if no battle occured between two factions after a certain time limit all hexes on that front line would go neutral. How bad the single faction was getting shit on could have affected how many players were forced to move to those neutral hexes in order to take them back.

I think this also would have helped with the more epic fights.

Kharzette said:
I only fight in biolabs. I just imagine the tank drivers coming inside to help like

Money he was a door camping engie on a turret being HS over and over.

no shotguns in PS arena. Major plus there.

I may or may not have the directive shotgun in PS2. The bounties and hate tells you get when people die to a shotgun you can only get by getting 7000 kills spread across 5 other shotguns is legendary.

The Christmas directive shotgun looks pretty neat as well. They broke attachments on it, but fixed that recently I think.

no shotguns in PS arena. Major plus there.
Click to expand...

Interesting given one of the iconic NC weapons was the jackhammer and other flavors of shotgun.

RobXIII said:
I may or may not have the directive shotgun in PS2. The bounties and hate tells you get when people die to a shotgun you can only get by getting 7000 kills spread across 5 other shotguns is legendary.

The Christmas directive shotgun looks pretty neat as well. They broke attachments on it, but fixed that recently I think.
Click to expand...

I feel like they nerfed the Baron into uselessness. Takes so many shots to down someone.

New DX11 patch is live as is the new deployment system and the 4th faction robots.

I never drop below 65fps in even the largest fights now, which is great. There were some serious desync issues the first few days but it all seemed hammered out when playing last night.

Are the server pops actually decent? I might load this up.

Yeah anytime I tried this game there are always peeps fighting alerts on emerald.

Emerald has been crazy full since the patch and of course after I praised it on here yesterday I had 3000ms server lag and had to play on Connery to get my fix.

Yeah a ton playing since the DX11 patch. I like the robot faction, I never know who I'll be playing with. Just know going in that you can't shit it up in a Max suit, mossie/reaver/scythe or main tank and you're good to go.

It forces me to stick with infantry on fun fights, though sometimes I get frustrated and still pull a Spur Liberator. It's real fun to shit on fights with, try it some time.
Reactions: Hekotat

Quad XP this *EDIT* and I fell for it, it was only Friday. Because noone works on Friday apparently. Bastards.
Last edited: May 25, 2019

Maybe log in and run with some AC/FC peeps.

Step to this.
Show hidden low quality content
You must log in or register to reply here.