Some legit emotion on the guy's face.

Look at all the toxic bullshit in the top bunch of comments. Jesus Christ.

There are way more positive comments, but all of them are down under the sea of negativity because they aren't being boosted by likes. Reminds me of Ron DeSantis' twitter. Maybe a bot situation?

I'd hope that real people aren't this toxic and cruel.

Holy fuck. I might need to step away from wrestling for a while because this whole Punk/Cornette fanbase thing is ruining it for me. Every time Cornette has some new stupid hot take, I know it because suddenly people on comments sections across the internet all start repeating the same thing verbatim like NPCs.

lower case g said:
It's a bit long, but here is a good video on Jarrett's "reign of terror" in TNA. Things like burying R Truth, and fighting off interference from 4 and 5 guys to beat AJ Styles and Raven.

It makes a lot more sense now why people would hate him, thanks. I skipped almost the entire TNA era and watched maybe 5 episodes of the show total, so I had no clue about this. My knowledge of JJ comes from the WCW era where I thought he was always a pretty solid heel.

That said, burying R Truth is dumb, but R Truth is NOT a ME type of guy. Hell, I'm not even sure Raven is tbh. AJ stuff is pretty fucking retarded though as he definitely has ME chops.

Chris said:
Never seen Jeff Jarret but everything I have heard is bad. Sounds like "what if a less talented Elias was the top star?".

AEW have some incredible people benched, get these stupid fucking heel managers and RoH stables out of here.
Click to expand...

He was very good in the ring in his time. He was a perfect top guy for the south in 1985 - but was about a decade behind in gimmicks and style until the attitude era. Then he got over pushed so I get the hate but also people like to pretend he sucked and that’s just not true. Great heel in TNA. Just over done. Anyone who gets a HHH or Cena like non stop run at the top is gonna have the fans turn

KO sure is over. That was some good pop.

Full Gear tonight. I'm looking forward to all of the "The Elite are gonna get booed out of the building" people having to eat their words when it doesn't happen.

Who am I kidding, those people are incapable of admitting that they're wrong about anything.

This show is gonna exceed expectations I think. 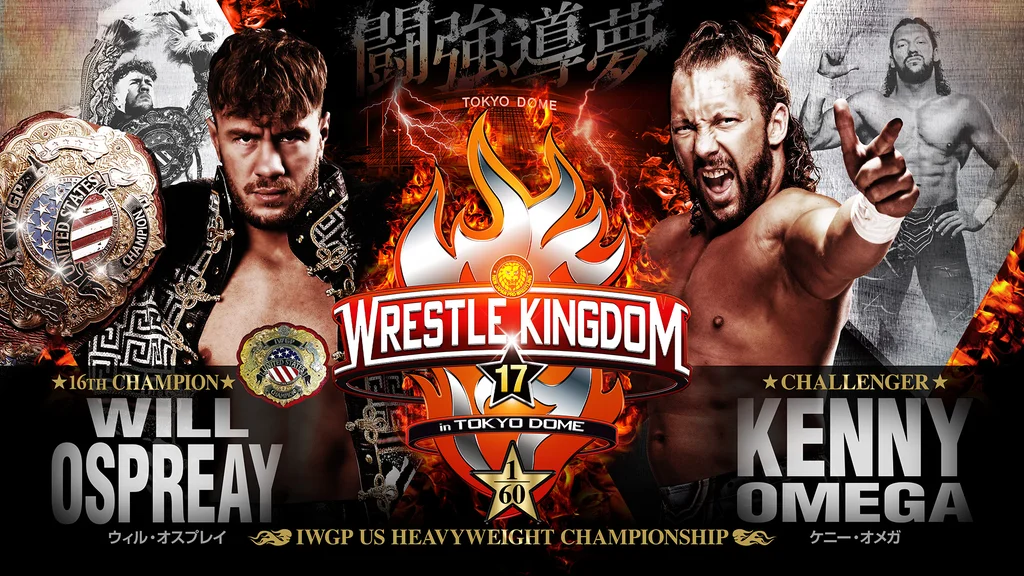 Ok. This is awesome!

Apparently a lot of the crowd popped when they werent allowed to which is nice
Fuck bushiroad though they need to end this clap crowd shit, if WK17 doesnt allow cheering it shows they have no intention of stopping, stupid old cunts lol

Will's homage to Hayabuysa was sick though, really looking forward to that match. 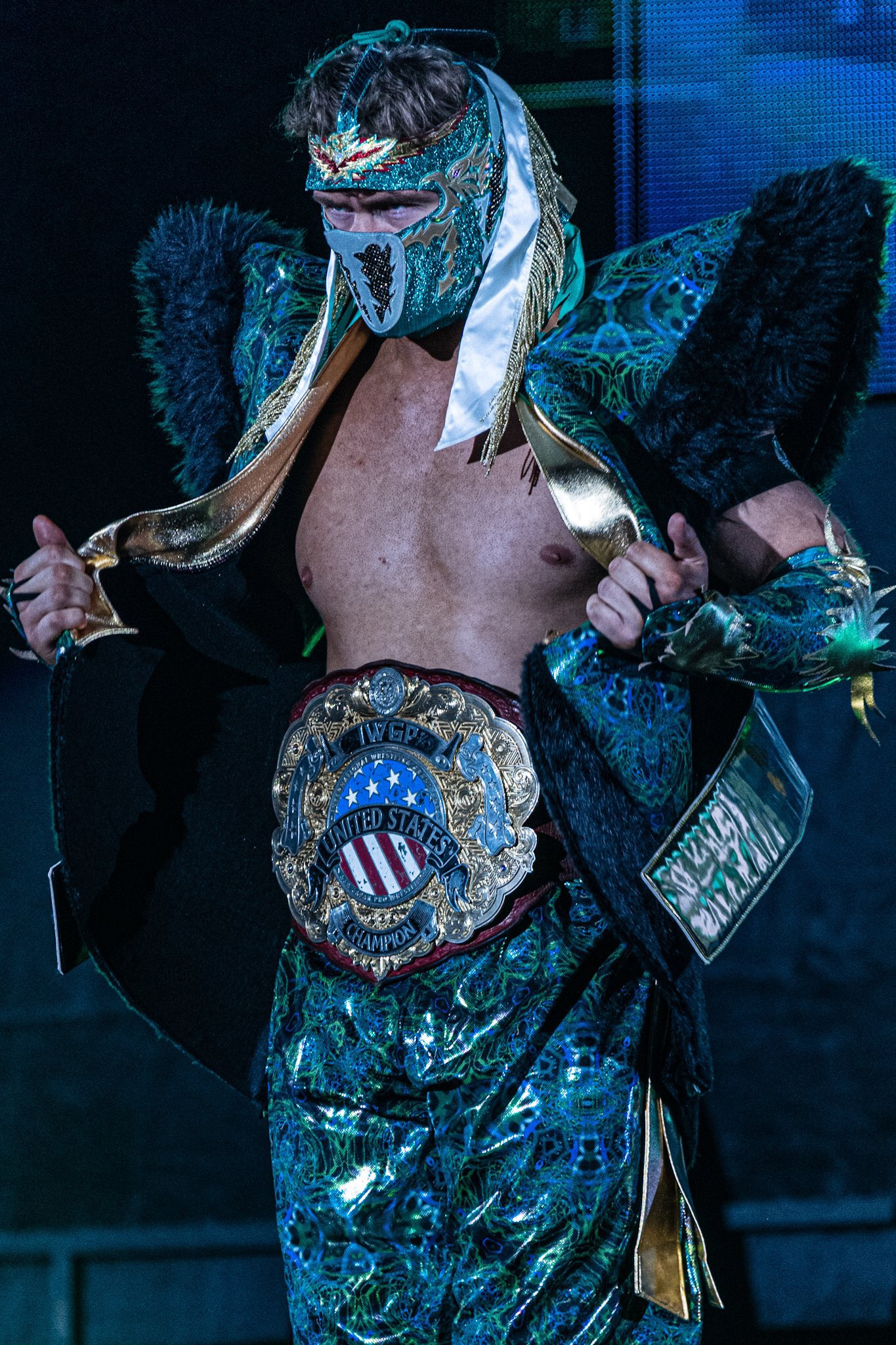 NJPW put the Kenny promo video on their YouTube channel.

If there’s a woman’s promotion to watch, Stardom is it

Lol the mockery of CM Punk by the elite tonight was pretty good, purposely botching a cuckshot lariet, kenny doing the GTS, whiffing his knee and giving credit to kenta is all good shots fired

Clown Kana's coming to WWE? or shes offing herself, hopefully the clown gimmick is back
Reactions: MusicForFish

At this point, the 3 ROH PPV matches between FTR and the Briscoes are probably my 3 favorite matches of the year.

Been a rough year for AEW and a lot of that was ROH dragging it down, but man does ROH deliver on its rare 2022 PPVs. Looking forward to the two entities being more separate in 2023 though.
Reactions: Vycron

Rajaah said:
At this point, the 3 ROH PPV matches between FTR and the Briscoes are probably my 3 favorite matches of the year.

Been a rough year for AEW and a lot of that was ROH dragging it down, but man does ROH deliver on its rare 2022 PPVs. Looking forward to the two entities being more separate in 2023 though.
Click to expand...

They could have just been AEW PPVs though.

The mismanagement of AEW over the last year is incredible. Popular wrestlers not getting TV time, hiring anyone with a pulse and giving them a little TV time then nothing, 10 new belts with no identity, pissing off talent so that they want to leave, hiring some excellent new female wrestlers yet still having 1 woman's match per episode because we need time for jobber RoH faction managed by a tiny black guy.

I've not watched it since the CM Punk/Elite fight.

Can someone explain to me why secondary belts in any company don't have stipulations? What's the actual difference between AEW Champ, TNT Champ, All Atlantic Champ, RoH Champ, RoH Pure, RoH Crusierweight and RoH TV Champ?
Reactions: Woefully Inept

AEW feels like a disjointed mess right now.
I tried tuning into WWE again and my god I really hate the camera work. I can't stand the hurky jerky shit and quick cuts they do. It's like watching a Bourne action scene for 3 hours. I just can't do it.

I haven't watched AEW since Jeff Jarrett appeared on my TV screen. I should add I tried watching the PPV, but then he appeared on my screen again and I noped out. I just can't do it.

Why can't this be on a Saturday? Sigh...

Anyone know where I can find this "racy Mandy Rose content" that is sweeping the internet? Doing a search for it just turns up 500 articles about how WWE released her over it, but not the actual thing she was fired over.

Should be a good pickup for AEW, along with Sasha Banks, to shore up the women's division.