Heriotze and I went on was kind of the same thing.

Heriotze: "I'm just heading over to kill the elder. Want to come with?"
Bandwagon: "Sure, but I have to put my daughter down for a nap in 10 mins and may have to go afk"
Heriotze: "Will probably only take us 5 mins"

McFly 's portal in the process. We wanted to try to replace McFly's portal before he logged back on so set off on a corpse run. Since the boat ride took 45-60mins, we thought it would be a good idea to make a small hut with a couple of beds right when we landed, then do a corpse run and start farming for a new portal.

We were getting fucking swarmed at our new outpost when Daddy Warbucks McFly logged on and floated his battleship over to kill everything within 2 miles, including the Elder (twice). Then he set up a new portal and peaced out.

Awesome damn adventure that ended up being hilarious because McFly basically did a superhero landing, sprayed blood everywhere, saved us a few more hours of farming by plopping down a portal, then disappeared. Love this game.
Click to expand...

That we turned the game into ferry boat simulator and it was still really fun, probably more fun than almost any other game I've played over the past few years, says a lot about what they've got with this.

Trying not to get killed by mosquitos or goblins close to the shore, or sea monsters out further and hoping that the coast turns in the direction that we were hopping so we could even sail close to our corpses was an epic adventure. A troll on the shore that almost smashed the boat to pieces, just barely getting beds setup before the first night. I feel like games could attempt to recreate, or not even realize, that simplicity and utterly fail but this nailed it pretty well for a spur of the moment sandbox outing. Highly suggest everybody just jump on a ship and just sail around exploring because it's really fun.
Reactions: Kaines, Bandwagon and Daidraco

How do I get access to the FoH boysboysboys server?

Anyone know who this is precisely? It's like the Valheim G-Man. Unsettling!

Adebisi I posted the infos a few pages back. Once you get that set up, DM me here for the PW to the server and you can come in and mess around!

McFly said:
Anyone know who this is precisely? It's like the Valheim G-Man. Unsettling!
View attachment 337038
Click to expand... 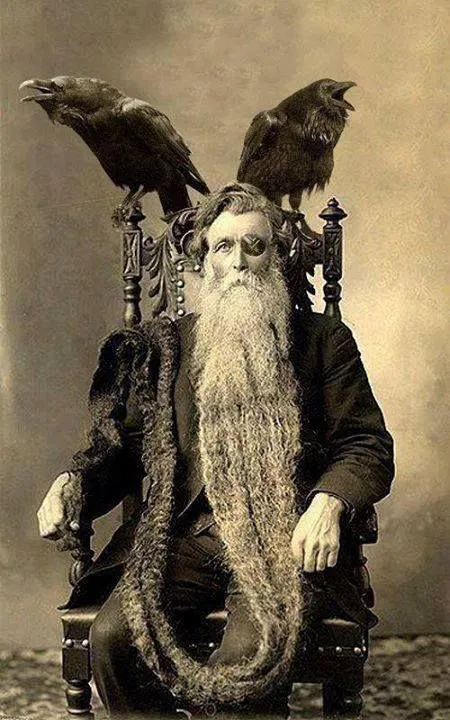 McFly said:
Anyone know who this is precisely? It's like the Valheim G-Man. Unsettling!
View attachment 337038

Adebisi I posted the infos a few pages back. Once you get that set up, DM me here for the PW to the server and you can come in and mess around!

I believe it is Odin watching your progress.

I am guessing its something yet to be put in game. Perhaps a boss?

Heriotze said:
That we turned the game into ferry boat simulator and it was still really fun, probably more fun than almost any other game I've played over the past few years, says a lot about what they've got with this.
Click to expand...

Dude, I think I spent an hour or more yesterday chopping down beech trees, pushing them *UP* a hill, then letting them roll back down. Not because I desperately needed wood or anything, just because I was fucking around and it was the only way I could think of to get rid of the fucking birch trees I can't cut down.

Up the hill...and down. Up...and down. It was simultaneously fun AND autistic.
Reactions: Denamian and Utnayan

I have the server and PW and logged in and tested for this weekend. I have a Viking horn which will hold the mead I bought, and the mead will flow.

Quineloe for getting me set up with the prework.

I'll probably start a character with tits just for this.

Blood is good for farming, right? 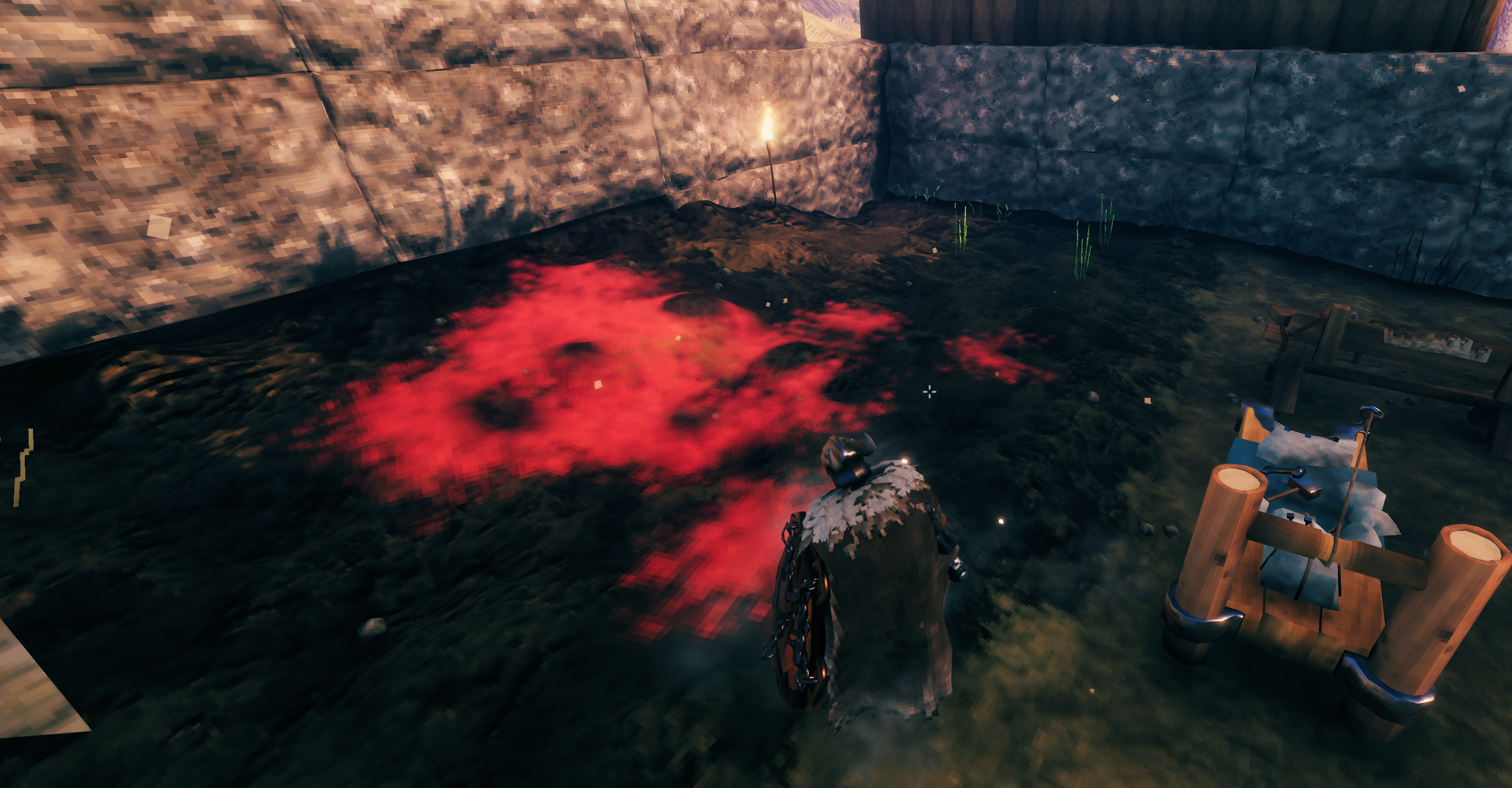 ^ What makes the Green Grass grow? 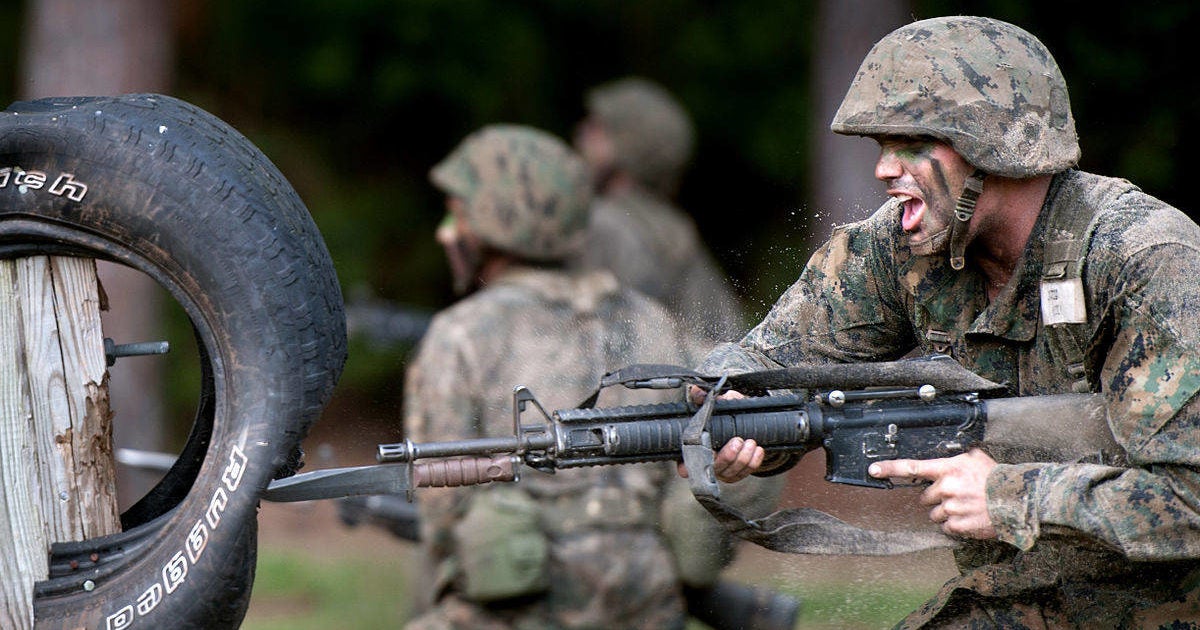 Your DI wasn't lying: Blood really does make the green grass grow - We Are The Mighty

Blood may seem like a bad garden additive since it has plenty of salt, but it's actually great for extra green grass. Don't get any ideas...

I like getting a troll to smash all my pine trees down before I kill him
Reactions: Erronius

Adebisi said:
I like getting a troll to smash all my pine trees down before I kill him
Click to expand...

I used them to take out the white birch trees I couldn't chop yet. Also used one to take out a tower that had a few skeletons on top of it but no way to get to them.

Do dungeons and such respawn eventually? Or will you eventually run into the problem of a 10 player world running out of content/ore. I know you can move to another seed, but you would have to rebuild.
Last edited: Monday at 8:55 PM

Having more fun with this than Conan, it's kinda odd. Taking it real slow, the beginning of these games where you are roughing it as a noob is the most fun for me. Must have spent most of night planning and building my first encampment

Trees are still pretty much the only thing I die to so far, sometimes they just bounce the wrong way, or I'm careless, I hate the combat in this game, or specifically how the npcs path around in weird assed circle all the time. I wasn't a fan of the NPC "AI" in Conan either.

Killed some serpents for the first time today, those are some flintstones sized meat chunks when cooking.
Reactions: Identikit

McFly stepping it up a bit with the base building 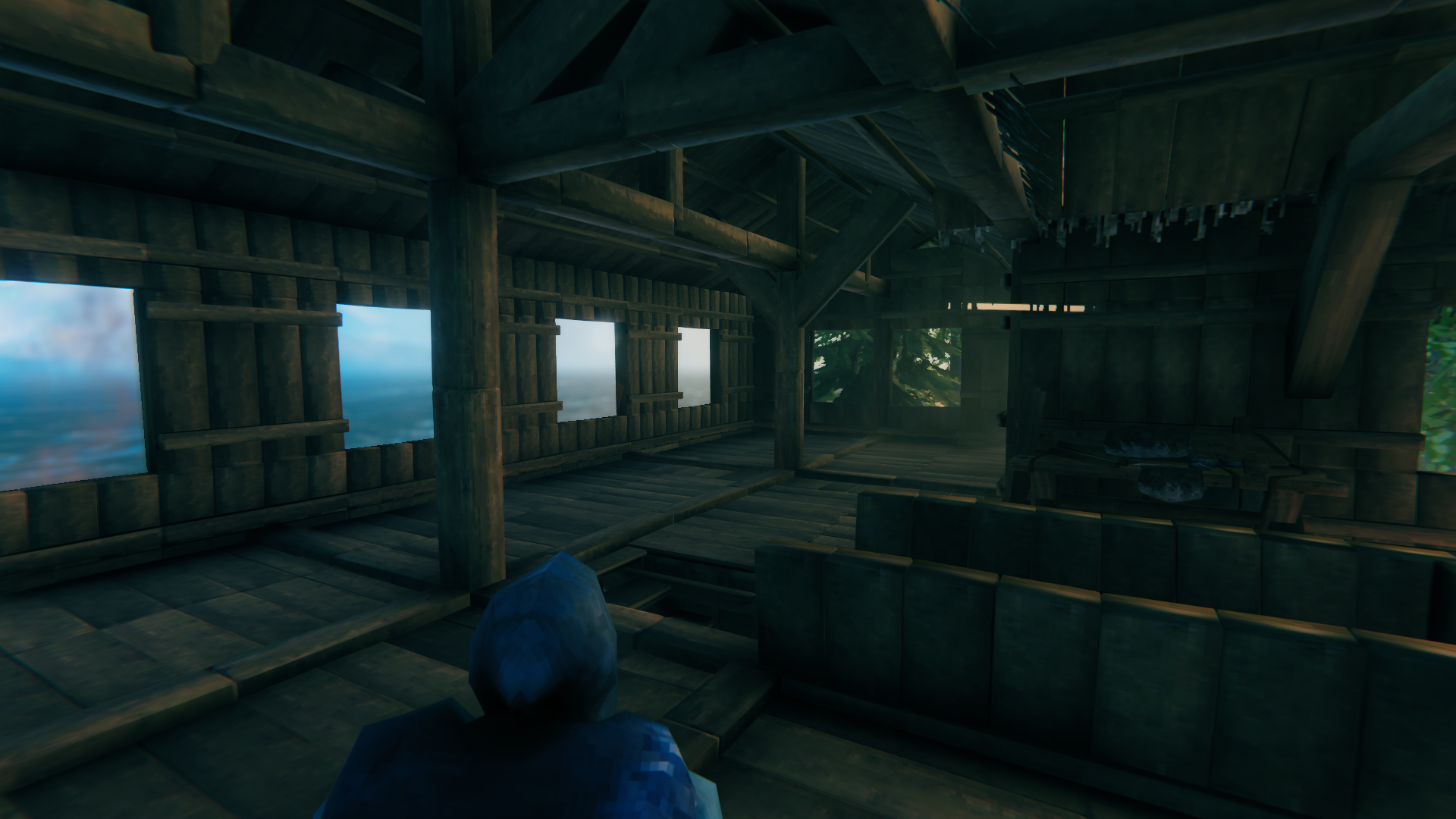 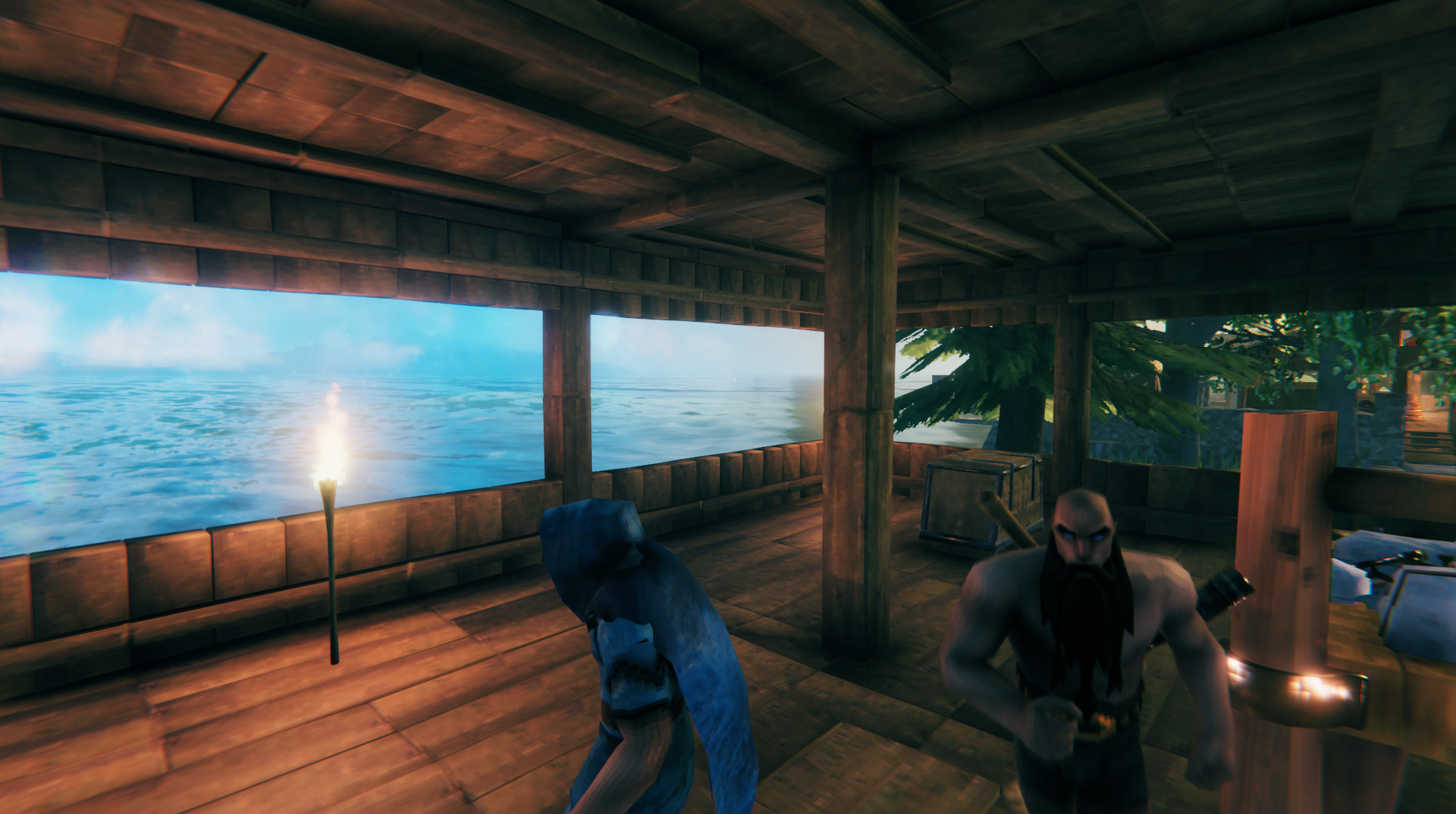 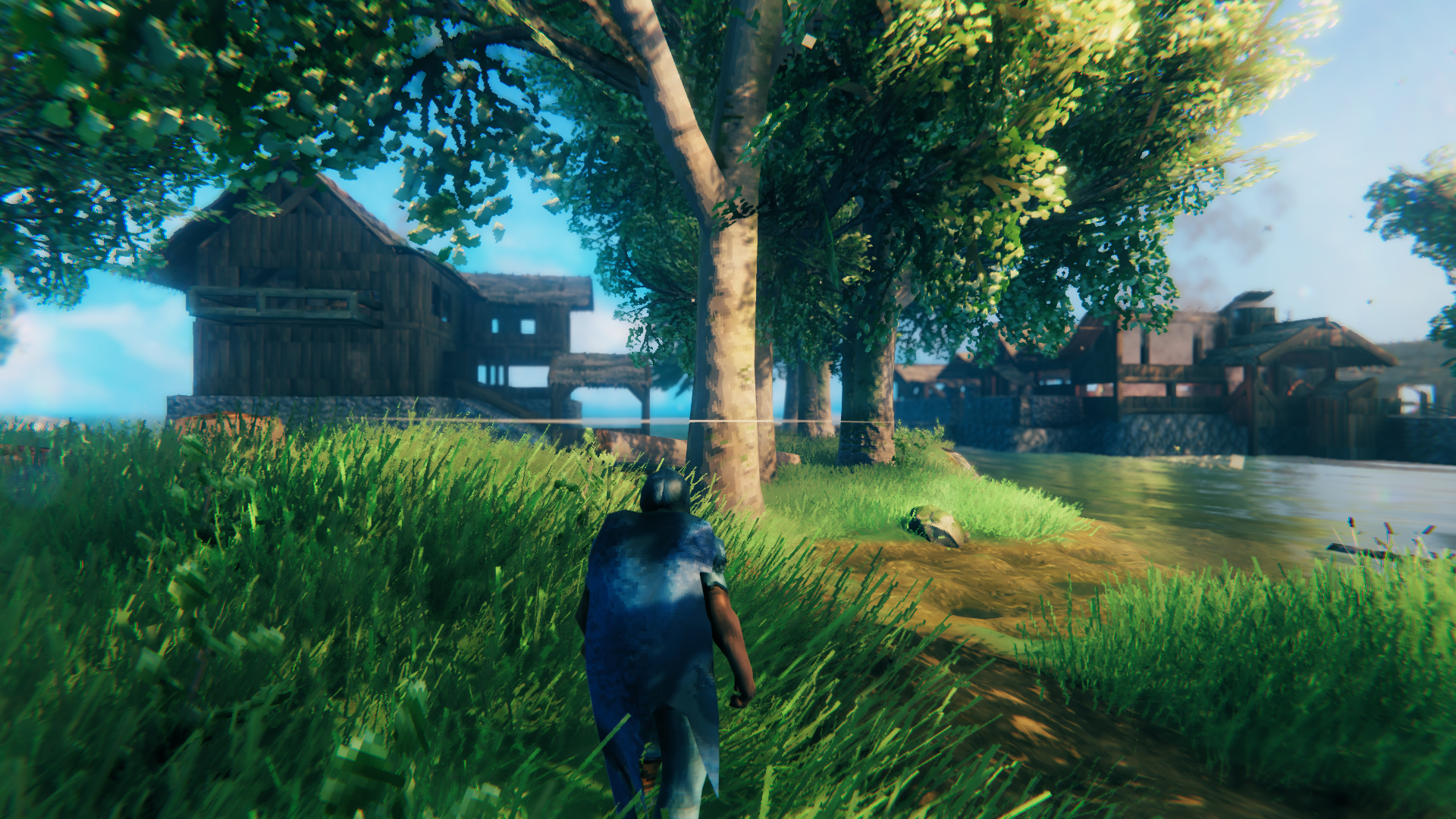 since you can't sleep through the night on multiplayer servers, i started sneaking around and hunting for ore & flint 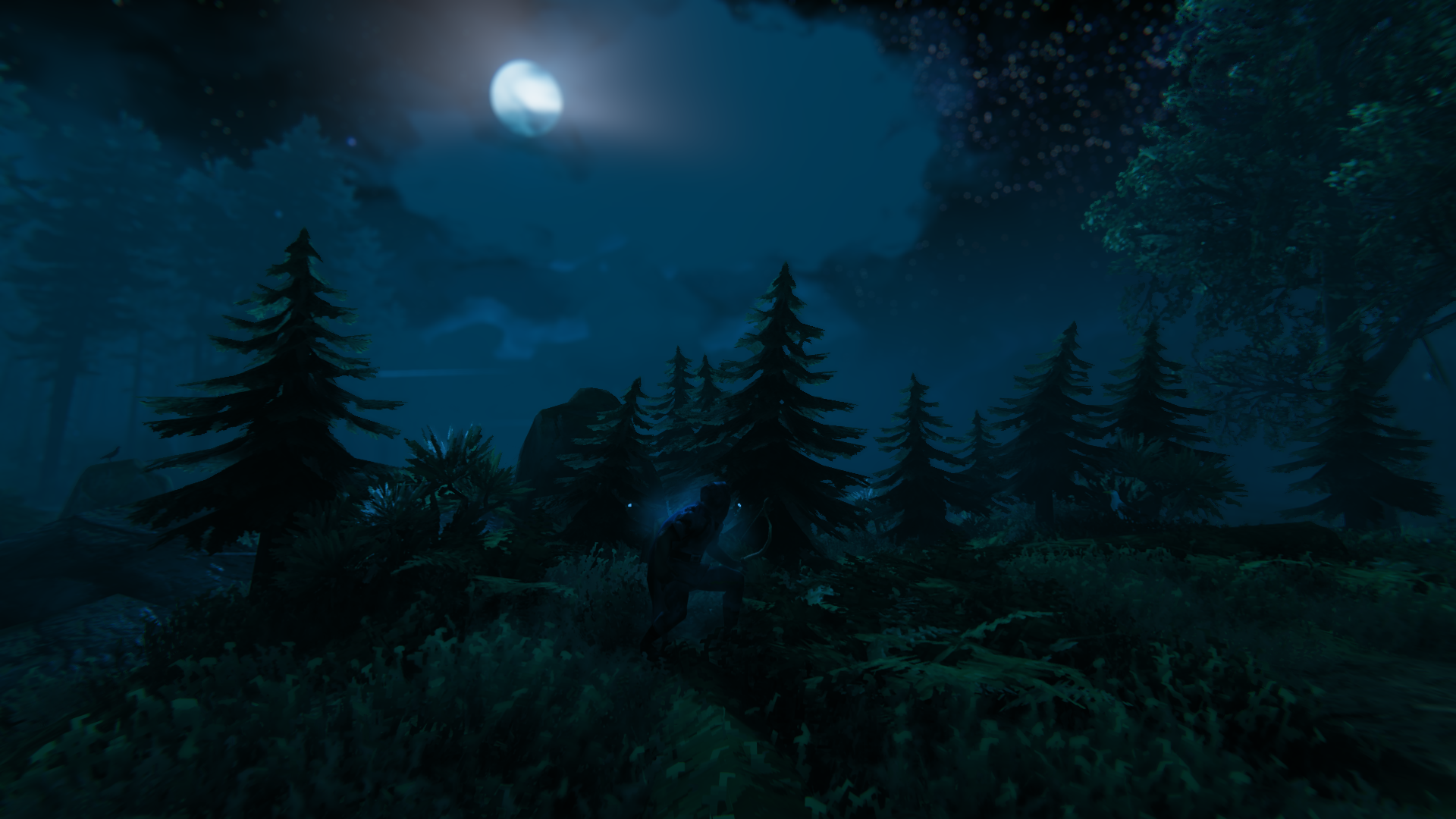 corpse run crew back for another 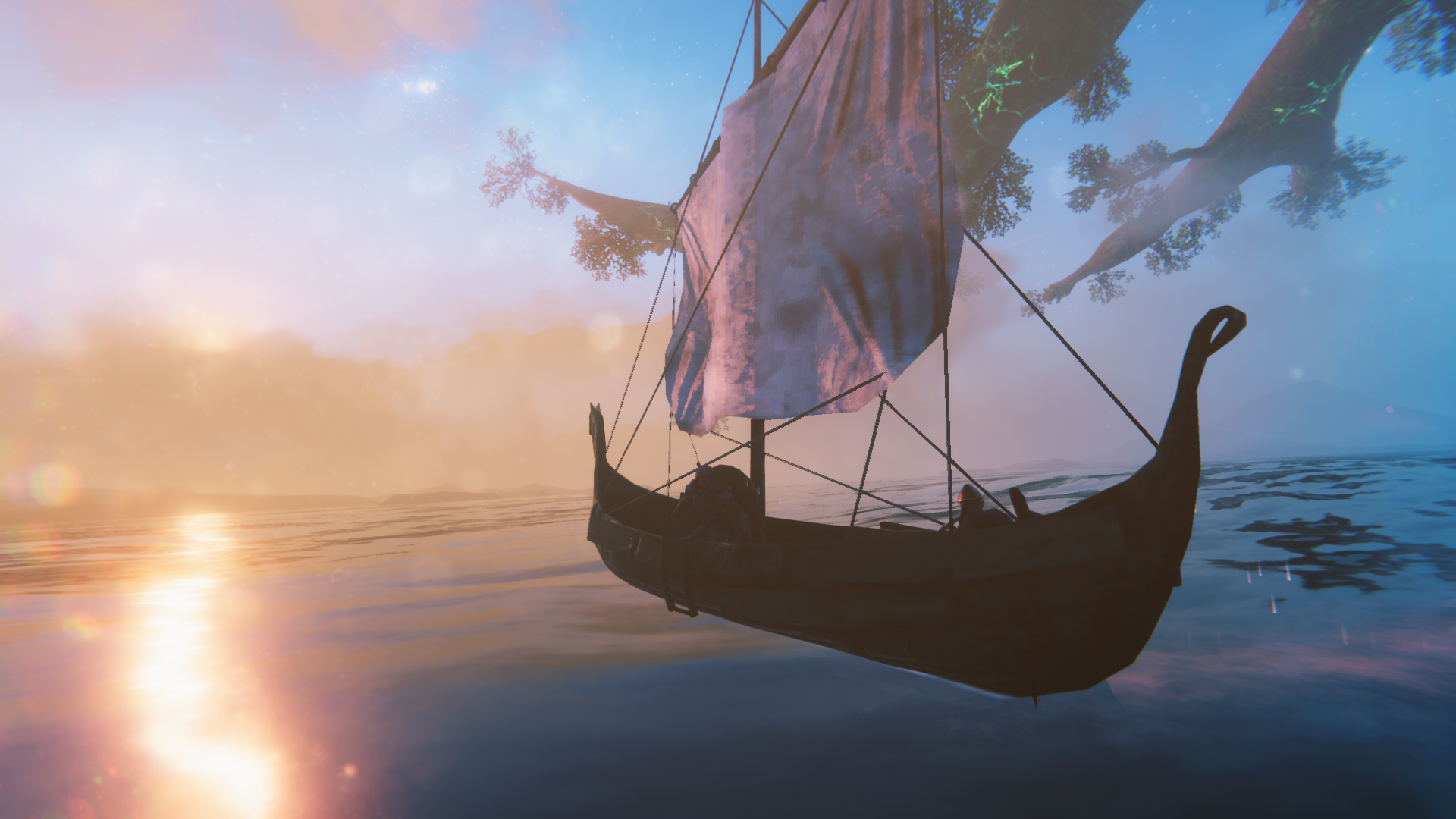 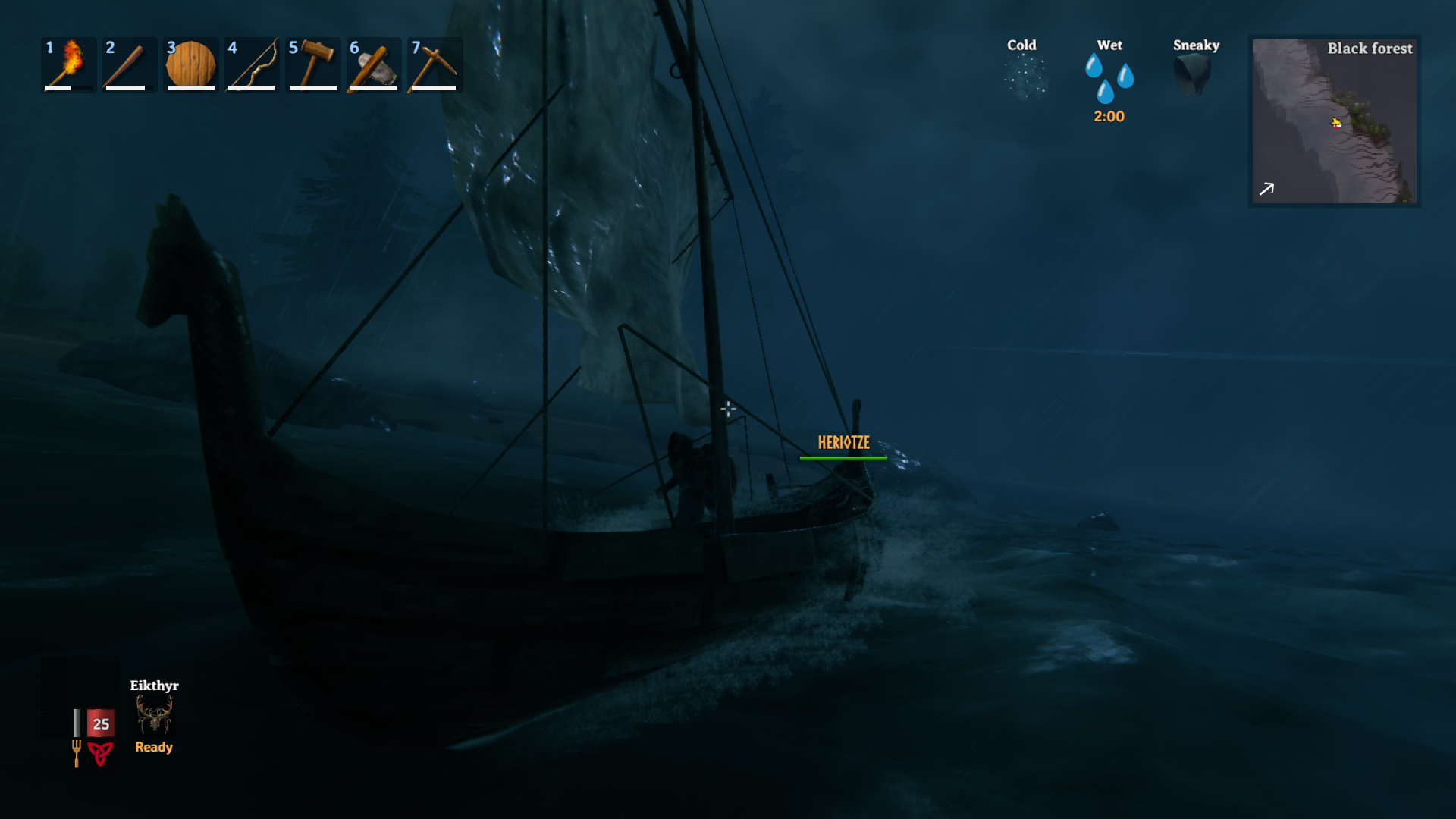 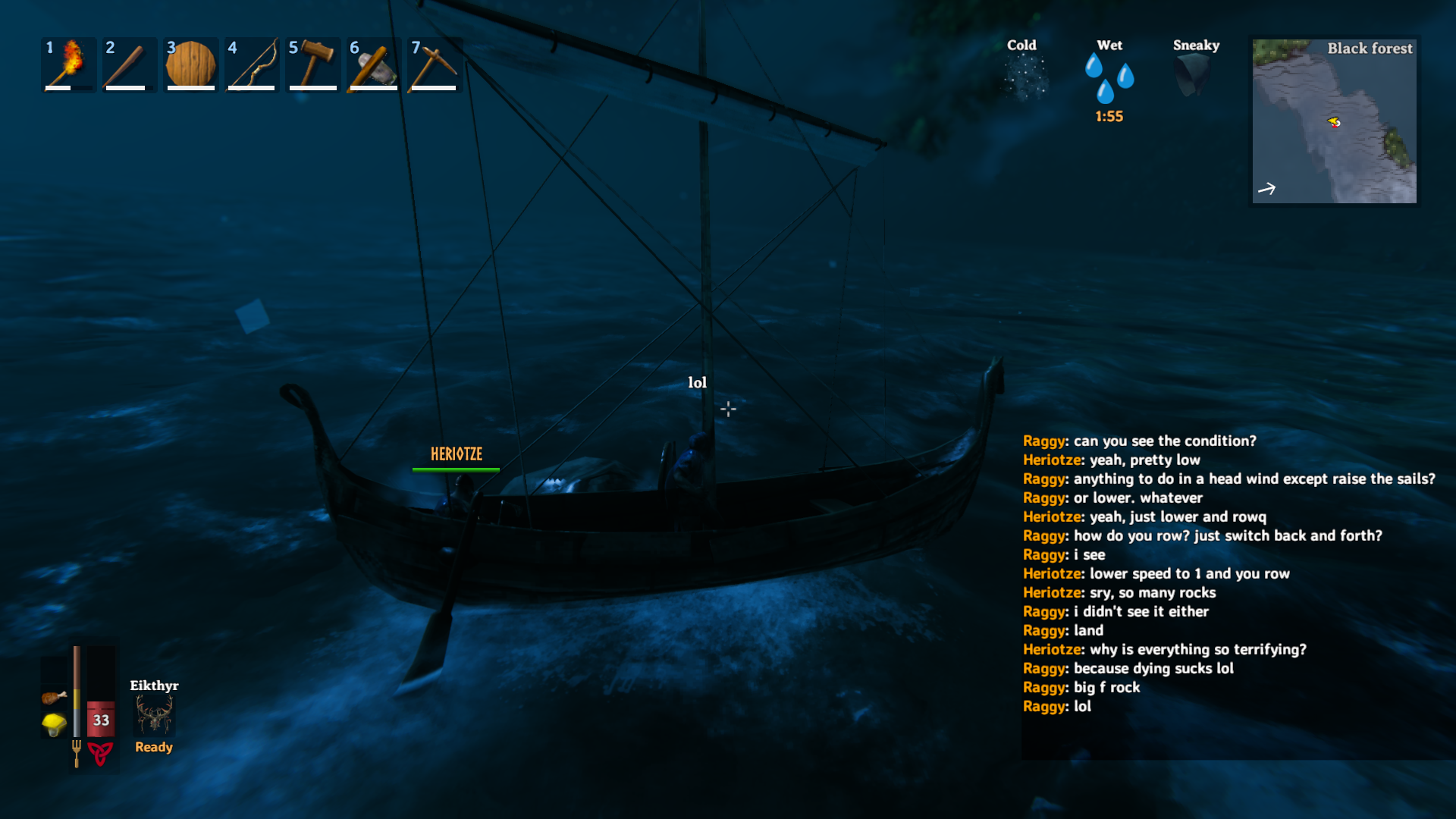 Last edited: Tuesday at 12:48 AM
Reactions: chthonic-anemos, Tmac and Utnayan

You can sleep through the night in multiplayer, it's just everyone needs to sleep at the same time.
Reactions: Quineloe

it's not that kind of server
Reactions: Utnayan, Big Phoenix and Gator 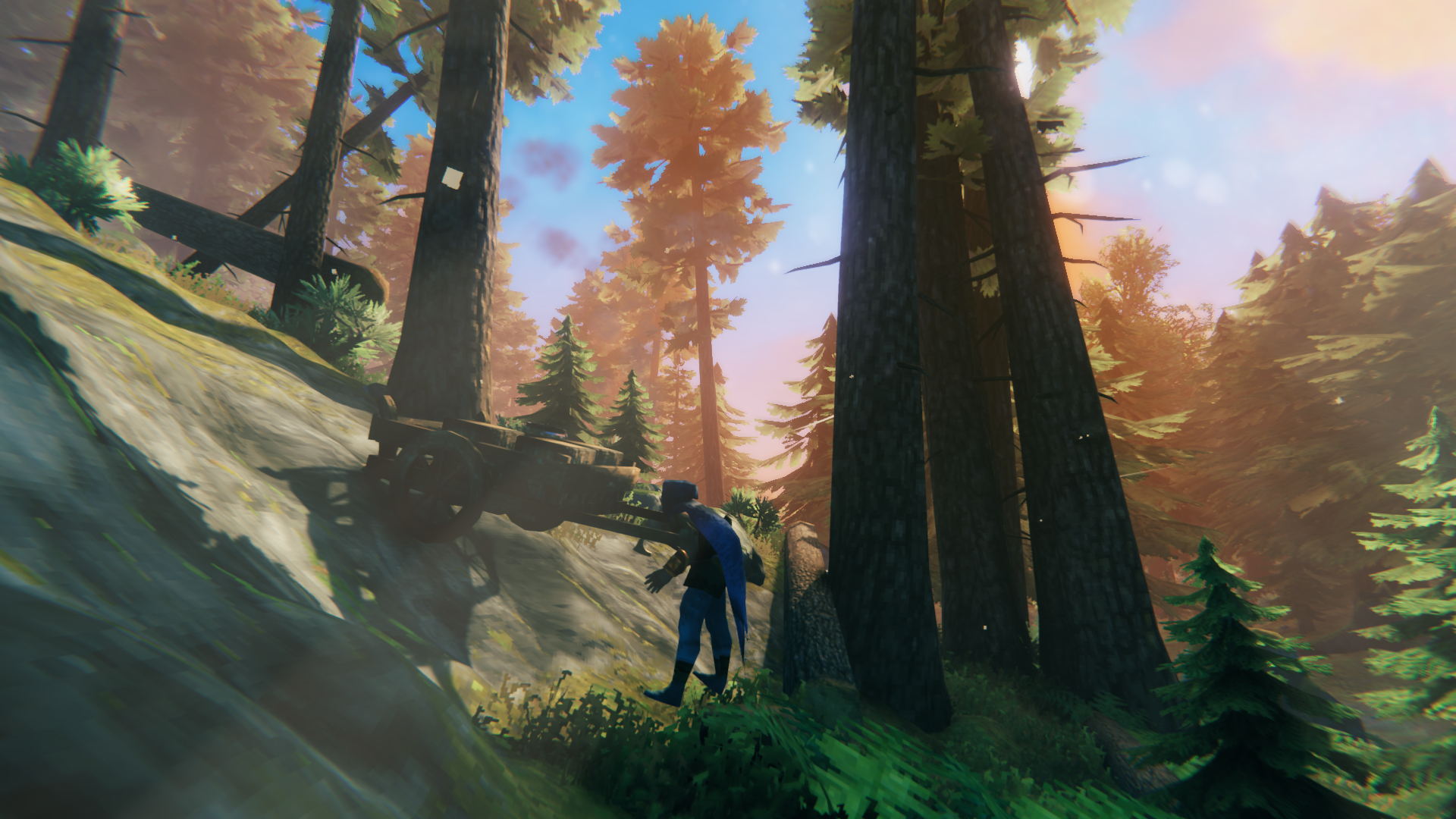 dodge roll if using e on the cart doesn't work.