Archery - As a Hobby

It’s not really. It builds shoulder and back strength in one shoulder / scapula.

Foler said:
How about this axe throwing bullshit that's been popping up?
Click to expand...

Fun as shit! Did this for a bachelor party and it was a blast! I was tempted to sign up for leagues, but not willing to drive that far to throw axes
Reactions: Foler

If it was me I'd take up pool instead. You'll get the exact same flow state.

Archery is cool though. I've never done it much, but really have enjoyed the few times (like four or five) I've had a friend that was into it and we just go shoot at shit.

Love archery - wish there were places around me for archery

Fifey said:
I wanna know how archery is considered a "fitness" activity.
Click to expand...

Make sure to post pics of your first Robin Hood. 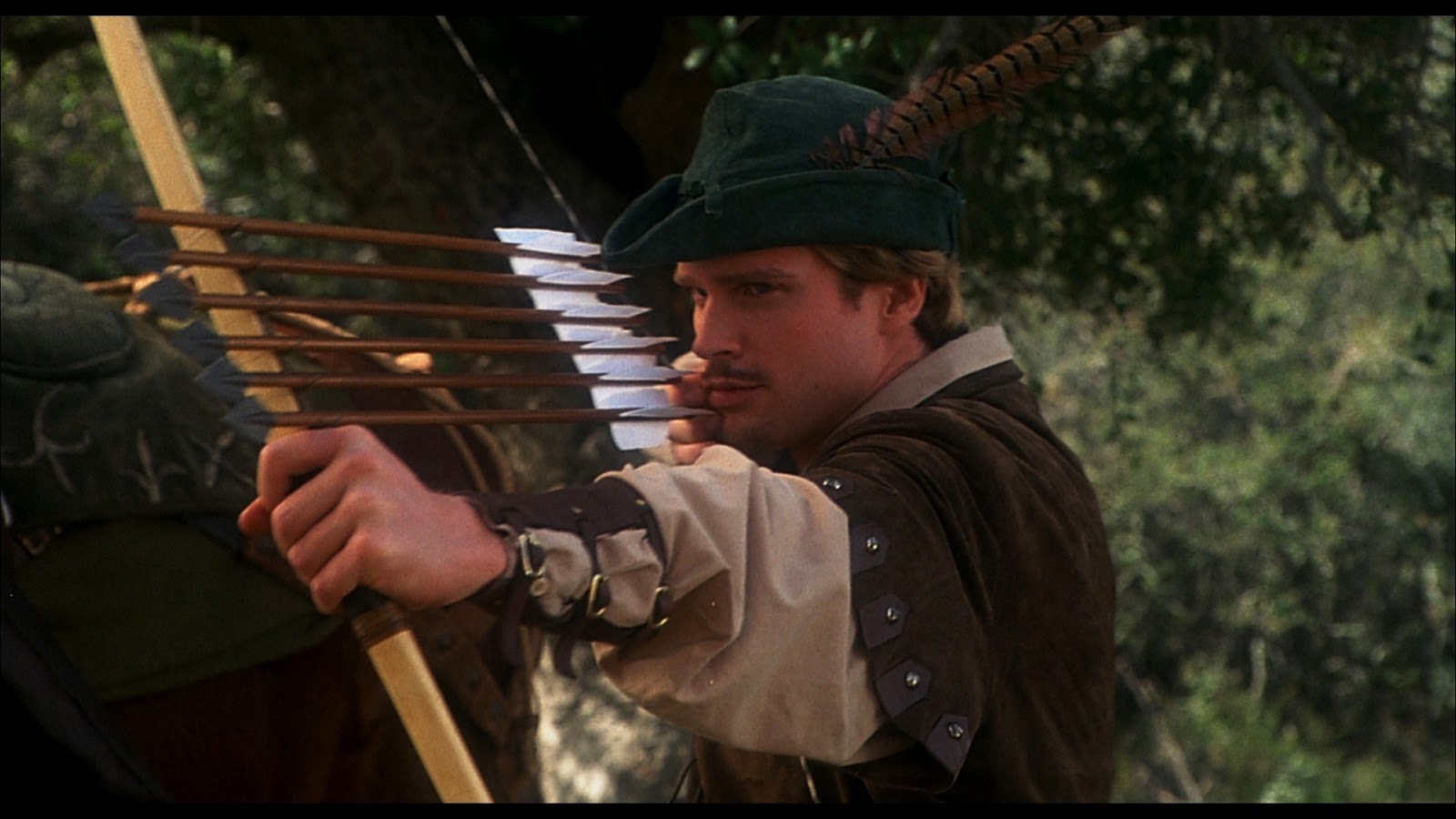 Looks like a good way to get an arrow in the arm. Pro tip - don't look up overdraw bow accident on youtube. I remember those days, the need for speed.

TJT said:
Lownbow or recurve? What is most beneficial to my situation?
Click to expand...

Longbow if you want a challenge. Recurves are easier to shoot because the arrow doesn't wobble as much in flight (lookup archer's paradox). But if you want easy, then use a compound bow.


Fifey said:
I wanna know how archery is considered a "fitness" activity.
Click to expand...

Well if you do it like I did, it sure is. The weekend shoots have a lot of walking, and if you shoot outdoors, you're going to have a lot of additional walking to shag those arrows when you miss.
Reactions: iannis and TJT

Use a compound how unless you just want to larp.

You'll never use a Longbow or recurve outside of target practice.
Reactions: Hoss

iannis said:
Use a compound how unless you just want to larp.

You'll never use a Longbow or recurve outside of target practice.
Click to expand...

What's your source? Do you jerk off to The Arrow and and Hawkeye comics?
Reactions: yamikazo

Nah, I just don't see hunting with anything besides a compound bow. No one does that except amazon tribes. That's competition stuff.

I mean shoot whatever's fun, but if they're all fun then practice with a compound bow and maybe you'll hunt with it sometime. Maybe you won't.

Lots of people hunt with a recurve, a longbow not so sure. I don't think the OP said anything about hunting tho.

After all the bow talk I got out my bows. I can't reall work a 75# Hoyt I hunted with. But turned down the pull on my Slayer. One of the best bows made in the last 20ish years in my opinon. At least for target shooting, cam lean is impossible. Shoot thru system. I love it and got it down to 50# as it's a 50-60# bow. Of course I got it ready to shoot and it's been raining the last 3 days.

In a world where people still hunt with flintlocks, I don't know how you think no one hunts with a long bow. I've known 2 people who hunted with long bows. The bowmaker I bought my longbow from (I bought the one he had been hunting with) and my karate teacher. There's no reason not to hunt with a longbow if you can hit with it. The reason people use compounds is because the want to extend their season and don't want to take the time to learn to shoot a traditional bow.

All that being said, OP said he wanted something traditional and hunting later on was merely a possibility. So why would you poo-poo target practice as larping?

I used to shoot quite a bit and hunted feral pig with a bow several times. The state has 1 public range, Japanese monks practice Zen Archery there on week days, amazing to watch. A local club has a private range and a 'course' set up like golf, you walk to a dozen stations and fire from different positions and cover at off angle targets, that shit is really fun, I have see military guys there trying to 'biathalon' it and run to run to the next station put 3 in a target and run to the next with a time and scoring system.

When I was in Wisconsin one year I hit up a place where someone bought an old bowling alley and converted it into an indoor range with mechanical animals that moved across the range like a grown ups version of the carnival, that was fun and they served beer.

Then I stand corrected.

TJ seems like the kind of guy that will probably start hunting at some point. If not seriously than at least to just do it a few times. Skydiving, likes to run, outdoorsy.

Then I stand corrected.

TJ seems like the kind of guy that will probably start hunting at some point. If not seriously than at least to just do it a few times. Skydiving, likes to run, outdoorsy.
Click to expand...

There was that nutjob on Joe Rogan who went hunting Bear with a spear. Takes all kinds. When we bow hunt feral pig we still bring a firearm or 2 in case it decides to aloha snackbar and death charge you on its way to my freezer.
Reactions: iannis

Lot of people hunt with a reurve, hunted with several over the last 35 years. I'm sure people hunt with a longbow, I just don't know any. Length of the bow would be my concern depending on what and how you are hunting. Like umm Fred Bear and to some degree Howard Hill (good reads) started the modern resurgence of hunting with a traditional bow. At least hunting for deer with them is pretty popular.


Friend of mine who has gone to Africa on 2 safari's said there was a guy in camp there who was hunting plains game with a recurve, which seems pretty tought considering they're normally shot at range.

Fred Bear with traditional bow back in the day. The compound bow didn't really get a start till the very late 1960's with Tom Jennings and he recently just died. 1970's they were the new thing and hot. When I was young a compound bow was the new thing. Kind of feared it might blow up (and some did). My first bow was a Jennings. When compounds maxed out at 30% let off, had real wire cables, and plastic cams. Company now owned by Bear archery.

The orignal Allen, before he sold it to Tom Jennings. Heavy and clunky, rather have had a recurve lol. 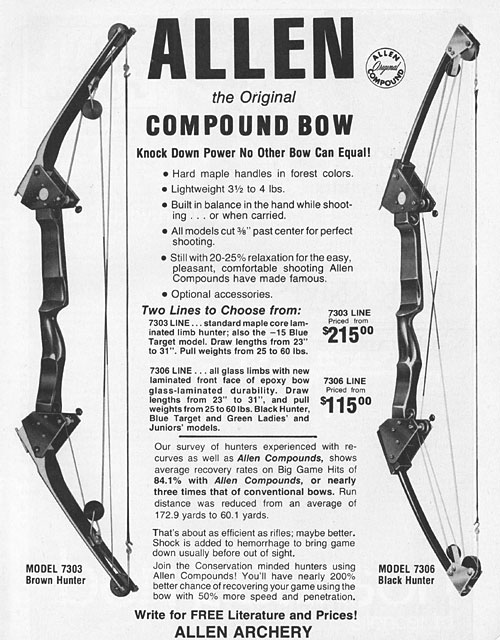 Plastic cams, real men right there.
Show hidden low quality content
You must log in or register to reply here.