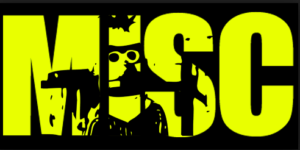 If you know, you know.

Miscers, here's a landing spot for you if you have any questions about the forum. I'll post them in the OP with answers.

Final Rules for this Forum

These are the rules, some have been amended from when you first saw them. THESE ARE A GUIDELINE BECAUSE IT IS EASIER TO ENFORCE A RULE THAN TO MAKE ONE UP. You can vote on new rules or amendments every 6 months. 1.) No NSFW material outside of the Screenshots sub forum. This is any nudity or...

THESE ARE A GUIDELINE BECAUSE IT IS EASIER TO ENFORCE A RULE THAN TO MAKE ONE UP.

You can vote on new rules or amendments every 6 months.

2.) Nothing illegal, anything illegal will result in a ban. This includes underage nudity, real life serious threats, planning of a crime that require more than a fine if caught, and direct links to pirated software. Direct links to video streams and discussions about torrents or things like that is authorized.

3.) Any real life information will be deleted if disclosed, otherwise known as "doxxing". Any doxxing will be discussed amongst the moderation team at the time and then the person may be banned. This does not mean they have to be banned, the moderation team has the discretion to handle each case separately. This is the one thing that the administration team will have final say on because they are ultimately responsible for any legal matters pertaining to this.

4.) Off topic posts will be moved to an appropriate thread if one is found that would be a good home for it. Any of that which is just trolling will be moved to a new thread in the RR section. This is under the discretion of the moderators.

5.) Do not evade the word filter. Attached in the following spoiler is an image of the current word filters. With exception to the 'e s a d f' two they are not optional. You may type any of them out as you see them in here and the word filter will do your moderation for you. If you purposely write a word out in a way which defeats this list (which is easy to do) you are in violation.

6.) All avatar and ban bets are sacrosanct, if you can't do the time don't do the crime.

7.) Alternate accounts are strictly forbidden unless authorized by the Administration team. Accounts will be locked and merged with the main account if they are found to be duplicates. If you have an alt account and are caught, your alt account will be merged with your main account and you will be issued an infraction point. If you are disrupting the forum with an alt account, your main account will be subject to a multiple infraction points and the punishments that coincide with the accumulation of those points (i.e. locked in the rickshaw, temp ban, ect.).

8.) There is content that is in context of a thread that might be NSFW. This will only be hotlinked to and tagged in a NSFW spoiler to ensure that anyone that opens it of their own volition and clicks the link is aware of their own actions. The forum software has the ability for you to describe the spoiler and NSFW must be included in that description or it will result in a warning for you to do so if you ever post something like that again. The moderator team will have the final say if they are receiving a lot of reports on it.

9.) Spoiler tags in the TV and Movie sections are encouraged. TV spoilers will be encouraged for the first 24 hours after it airs, Movie ones will be encouraged for the first week. Anything before the TV episode or movie airs will be edited into a spoiler and a warning issued. The word ENCOURAGEMENT is chosen specifically for leeway. This is not a hard requirement but if multiple people in a thread are not having a good time because of a poster spoiling something the moderators have the discretion to cite this rule as their justification for a warning.

10.) Warnings on this forum will always have a public note on the actual offending thread explaining what the decision was. This will be duplicated in the moderator sub forum. Any warning can be appealed and a majority decision on the moderation team will be needed to overturn a warning. The process will be to report your own post that you were warned for and then wait for an answer.

11.) Three warnings will result in a 3 day RRP. Each warning will expire in one month. Every warning will be one and one only. Three warnings will not be used to temp ban, that will need to be done manually and a post created in the moderator sub forum opened.
EDIT: 8/7/2019: 3 warning points result in an RRP. The RRP will last as long as the oldest warning's duration. IE: If you get a 1 month warning/infraction point, a week later get another one, and 2 weeks later get another 1, you will be in the shaw for 1 week until the original warning expires.

12.) Rules adjustments can be voted on in the same week that moderators are voted on, every 6 months. Until that wraps around suck it up buttercup.

14.) After a rule 13 appeal to the moderation team has failed, the public can be appealed to for a period of 30 days after that initial appeal's decision in order to petition for a change of ruling that the moderation team has decided upon. This will be done ONLY in the comments and suggestions area and will be accomplished by making a poll thread for the people to vote on your case and its merits. Posting all over the forum about your grievance is not permitted. You will need a minimum of 60 total votes over a period of no more than 14 days(!) with a simple majority voting to appeal the moderation team's decision. If a simple majority in this 14 day poll is achieved then the appeal can be decided by the site administrator. Whatever the site administrator decides at the end of this process is final.

15.) In the event of a tie vote by the moderators in any matter, the question will be brought to the people for a final decision. A poll will be made in the comments/suggestions forum with the same options that the moderation team had available and will run for 48 hours. If this poll ends in a tie, whatever action was being considered will fail.
Access to the Politics Forum:
For now, please post here so I can vouch for you. They'll load your account with credits, then you can go for the forum store and purchase access: 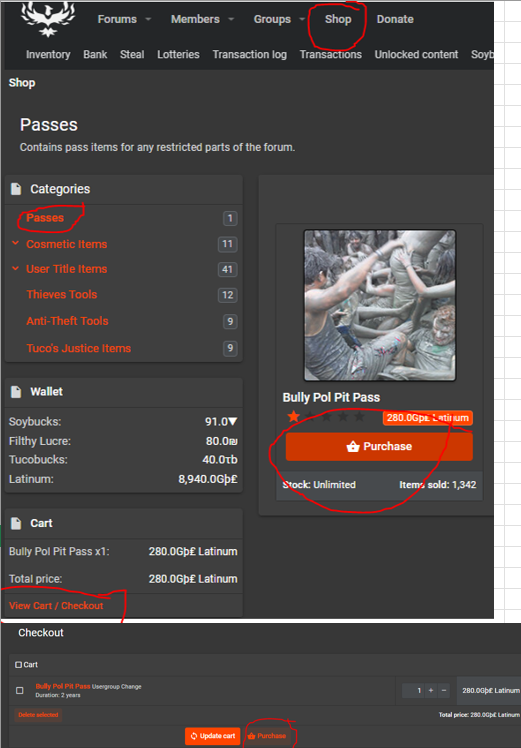 This thread is now for discussing goofykins. 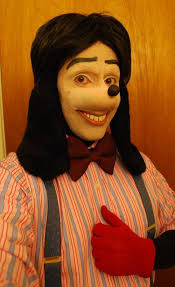 Prepare for the flood of immigrants engaging in discount shitposting.
Reactions: GarthfromtehMisc

No crossfit is gay.
Reactions: GarthfromtehMisc, havoc00, Lightning Lord Rule and 3 others

Masakari said:
No crossfit is gay.
Click to expand...

Also none of that Smith machine nonsense.

dunno how I go from quitting EQ and WoW. Taking up lifting, and ending up back on the fucking fires of heaven website.
Reactions: MrWhippy, GarthfromtehMisc, rhinohelix and 13 others

I would suggest noobs familiarize themselves with the stickied posts in https://www.firesofheaven.org/forums/comments-suggestions.20/

Amods here are generally lazy as shit, so if you don't annoy them by making them actually do their job, you'll be fine here.
Reactions: Rali, MusicForFish, jreacher and 4 others

If real lifters can get

Ossoi to sperg out in the weight loss and bodybuilding threads then they are all welcome to stay.
Reactions: Tripamang, Blitz, ExPatriot and 5 others

Just so you guys know, account approvals are done manually, so they may take some time. I am amoding/shitposting while at work after all.


OU Ariakas said:
If real lifters can get

Ossoi to sperg out in the weight loss and bodybuilding threads then they are all welcome to stay.
Click to expand...

I heard bb forum bros were big on brojobs. Confirm or deny?

Well this is the 4th iteration of the original fohguild.org and one version was sold behind our backs to mmorpg.com, so we know the feeling.
Reactions: Larnix, Tmac, Drinsic and 2 others

OU Ariakas said:
If real lifters can get

Ossoi to sperg out in the weight loss and bodybuilding threads then they are all welcome to stay.
Click to expand...

Oh god I cant wait for these bros to meet him.
Reactions: McQueen and OU Ariakas

Big Phoenix said:
Oh god I cant wait for these bros to meet him.
Click to expand...