I prefer to call this show The Adventures of Hotty McTimecop.

I liked this series - i was happy to binge the first 2 seasons not long ago - Sad that series like this dont last very long.

First episode pre-release is available at the usual places.Continuum | Watch Continuum Online - Continuum Episodes on Showcaseif you are in Canada or use Hola, etc.

I honestly don't get how this isn't more popular. It's some of the most entertaining sci fi and time paradox mystery that exists on TV. One more episode to go

It's because Canadian and Syfy is pretty shitty at airing it

It's alright. The main character comes off wooden to me, and a few others aren't much better. At this point the story also feels a bit too much rinse repeat of their previous work. I expect a certain level of re-tread with time travel, but they could do better. I watch all of it obviously. Syfy's originals are worse.

Once they admitted it was multi-verse version of time travel, it made things more interesting. For instance, Future Kellog can use present time Kellog for spare parts (as was heavily hinted last episode).
G

Cybsled_sl said:
Once they admitted it was multi-verse version of time travel, it made things more interesting. For instance, Future Kellog can use present time Kellog for spare parts (as was heavily hinted last episode).
Click to expand...

I like it a lot, but it's getting tedious this season. Maybe because I fucking hate multi-verses. They kinda let that secret out in season 1 though when kellog's mom died and he didn't disappear.

I really don't get the spare parts angle. How the fuck is there no one in the future he can use as a donor? Has medicine gotten worse?

I also can't figure out why dumb bitch wants to go back to the future when her future doesn't exist anymore. Other than that one thing, I don't get the idea that they're trying to make her retarded. Yet there she is being retarded.

Well, the Kellog-Warlord future looked pretty fucked up, so I am guessing they are limited on certain things. Besides, Kellog being a donor to himself means it is a perfect match with no risk of rejection and no need for special medications/etc.

The Kira "omg I want to go back to the future" is pretty fucking dumb, though. Currently that future does not exist, which means her kid doesn't exist. Characters have even told her this and she still wants to put everything at risk to do it.

Sort of a so-so finale. Tons of loose ends, IMO, since we don't find out what happens with a bunch of characters. In some ways, the end of the episode kind of reminded me of the end of Sarah Connor Chronicles: The character gets what they had been asking for, but not in the way they expected and it's a pretty shitty deal for them in the end ;p
S

Quite happy with the ending - bitter sweet...

The only thing I wish they had explained fully was the Traveller. It didn't feel as if the whole balance of the continuum stuff was resolved at all.

I think they mentioned the Traveler was able to go home, right?

To me, I took that as meaning that due to their actions, they were able to restore the good future where Alec isn't evil/corporations don't rule the world and the Traveler probably came from the future of that future.
S

I believe that's what they implied in his ending. I mean more about the why and how of his journey and expanding on the whole freelancer subplot.

Binge watched this entire series over the past couple weeks. NetFlix kept recommending it based on the other shows I have watched so I finally gave it a try. Pretty good show, I was surprised that there was not more discussion on this one. Hotty McTimecop could be a little annoying at times but this was a very good series.

The lack of discussion is mostly because of how it aired. It was a canadian show that most of us watched on Syfy. The canucks (and the people who watch shit online) were getting the episodes way before those of us watching on syfy. I can't remember how far in advance it was, but I think a month or more.

Same is true with Lost Girl. I'm still waiting to see the last few episodes of that series, but it's probably already aired and done on canadian TV.

finally got around to finishing this series off.
pretty enjoyable for the most part.
wish they had more of a tie up at the end for some characters but I liked where they went with Kira.
Reactions: Hoss and Raes 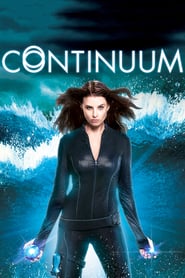 Overview: The series centers on the conflict between a group of rebels from the year 2077 who time-travel to Vancouver, BC, in 2012, and a police officer who accidentally accompanies them. In spite of being many years early, the rebel group decides to continue its violent campaign to stop corporations of the future from replacing governments, while the police officer endeavours to stop them without revealing to anyone that she and the rebels are from the future.