Use it if you want to play Beta.

Thanks for the codes. Played this a bit today. Somewhat interesting system - 10-ish classes, each with then presteige / promotion classes via talents. Haven't progressed much yet but looks like basic Tank, Healer, DPS Ranged/Melee, CC type specializations.

Crowfall's Passive Training was scrapped and they replaced it with an item-based progression (disciplines). Crowfall - Throne War PC MMO by ArtCraft Entertainment, Inc 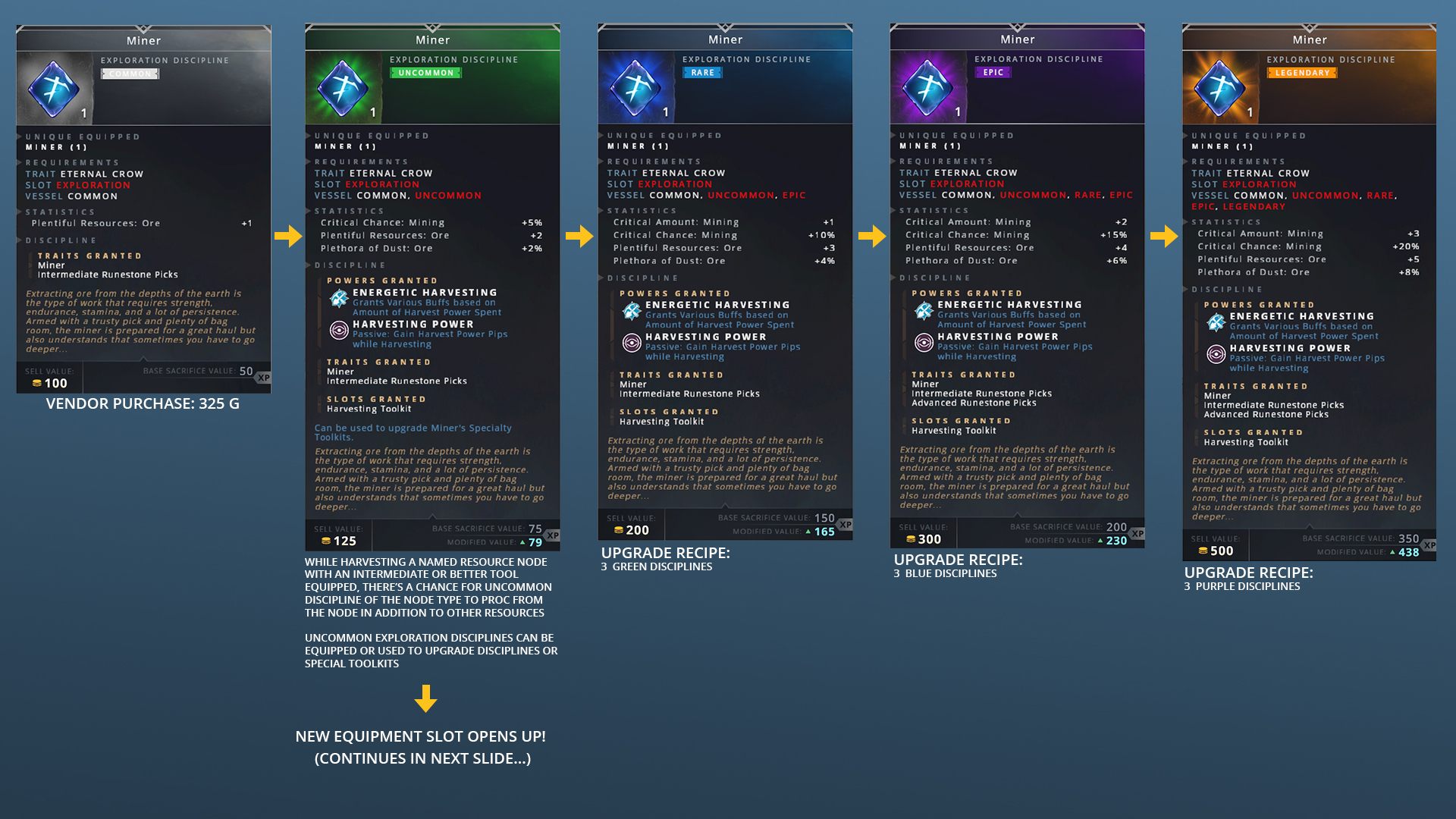 The fuck am I looking at

Watched a couple streams this afternoon and the game still looks really rough. Sound and animation is just bad. Seems like its never going to improve since this is supposedly almost ready to launch (cringe).

Couple that with sectors that can only be fought over during certain times and it's a dead game. We logged on a few times and tried to find action only to be told the next battle was tomorrow at such and such time.

Not sure if that was a beta thing but it killed any reason to play.

Is this another case of 5000 great ideas and nothing that can be executed or is actually "fun" to do while your playing it?
Reactions: Xerge and Lasch

Large scale fighting is smoother than it ever has but not 100% there yet. Combat feels fine and is probably the best thing going for Crowfall followed secondly by the character building. This is a pure guild vs guild pvp mmo for the most part though there will be faction based pvp campaigns.

Then this game is doomed, because Crowfall has the worst combat I've ever seen in an MMO. This shit is even jankier than Asheron's Call and that came out over 20 years ago.

The melees look like trash, but garbage animations and Asheron's Call combat aren't dealbreakers if the PvP mechanics and combat is legit.

There's competition in the marketplace for Crowfall to contend with. IDK if Crowfall is going to be able to hang.

uniqueuser said:
Then this game is doomed, because Crowfall has the worst combat I've ever seen in an MMO. This shit is even jankier than Asheron's Call and that came out over 20 years ago.

Haha! This looks so bad.

jayrebb said:
The melees look like trash, but garbage animations and Asheron's Call combat aren't dealbreakers if the PvP mechanics and combat is legit.

There's competition in the marketplace for Crowfall to contend with. IDK if Crowfall is going to be able to hang.
Click to expand...

AC's combat wasn't anything like that though. AC's entire combat was basically sliding around casting spells that would near one shot people and landing 2 or 3 of them consecutively before they healed for victory, with the difficulty being the other person was also sliding and you couldn't lead spells since they autotargetted so you basically needed to dodge for longer than your opponent, or shotgun them. Oh and melee was just autoattack with autofollow and hoping you could win in time, which most of the time you couldn't anyway so everyone just about was a mage unless playing group pvp where melees could actually get things done sometimes.

This looks a lot more like GW2 combat. It has the same floatiness to it(mostly due to people running around but also doing weird animations with their torso) with the same semi aiming mechanic to it. Which is always what it looked like to me when they first revealed, just GW2, but in permanent beta and with more focus on PvP.

That fight looked like a slaughter though not sure if it's the balance or the warrior tauren guy missing all his skills or the gear/level difference(only 1 though for lvl), but that doesn't look very appealing.
Reactions: jayrebb

I still have fun with it. The game is rough around the edges, shoots itself in the foot a lot, and is somehow charming despite its flaws.
It is 100% a guild based game though, solo will have a very rough time.

That really didn't look that bad to me, visually. The fight lasted forever though.
Reactions: Tmac and jayrebb

It looks okay to me.

Some people on here are always over dramatic.

Yeah, I mean honestly guys, who'd expect a team of 50 people working over 6 years with almost $40 million in funding to produce something that isn't dogshit, right?
Reactions: Tmac, Utnayan and Cinge

Oh and the ranger in that video has been playing for 4ish days. He is a guildy of mine.
Show hidden low quality content
You must log in or register to reply here.
Share:
Share