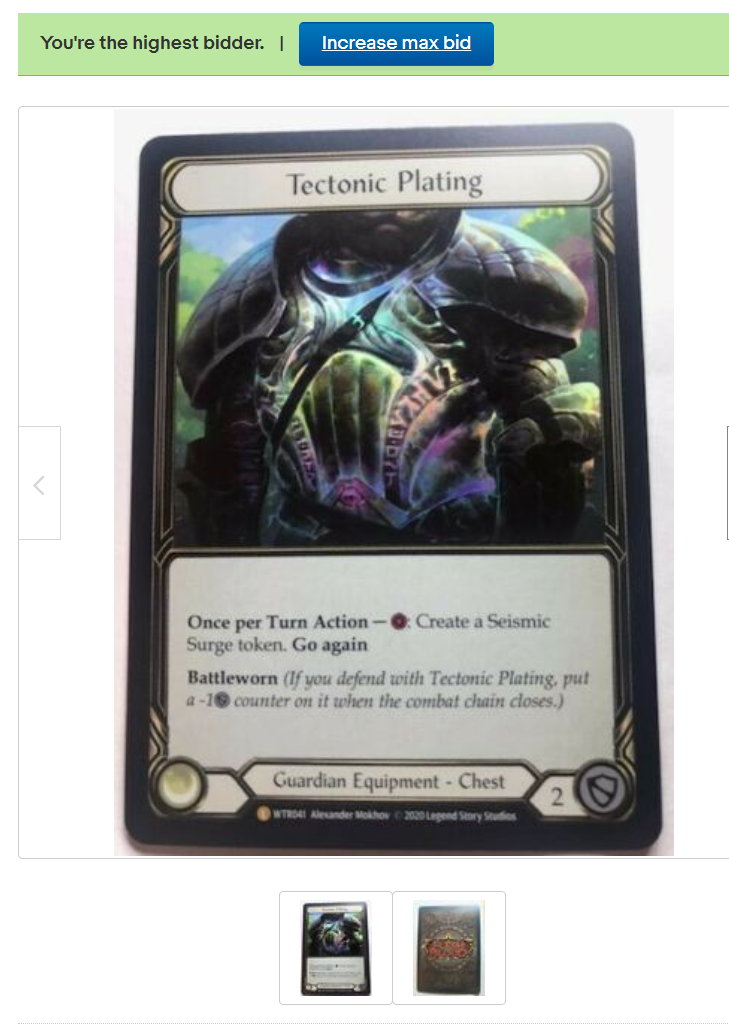 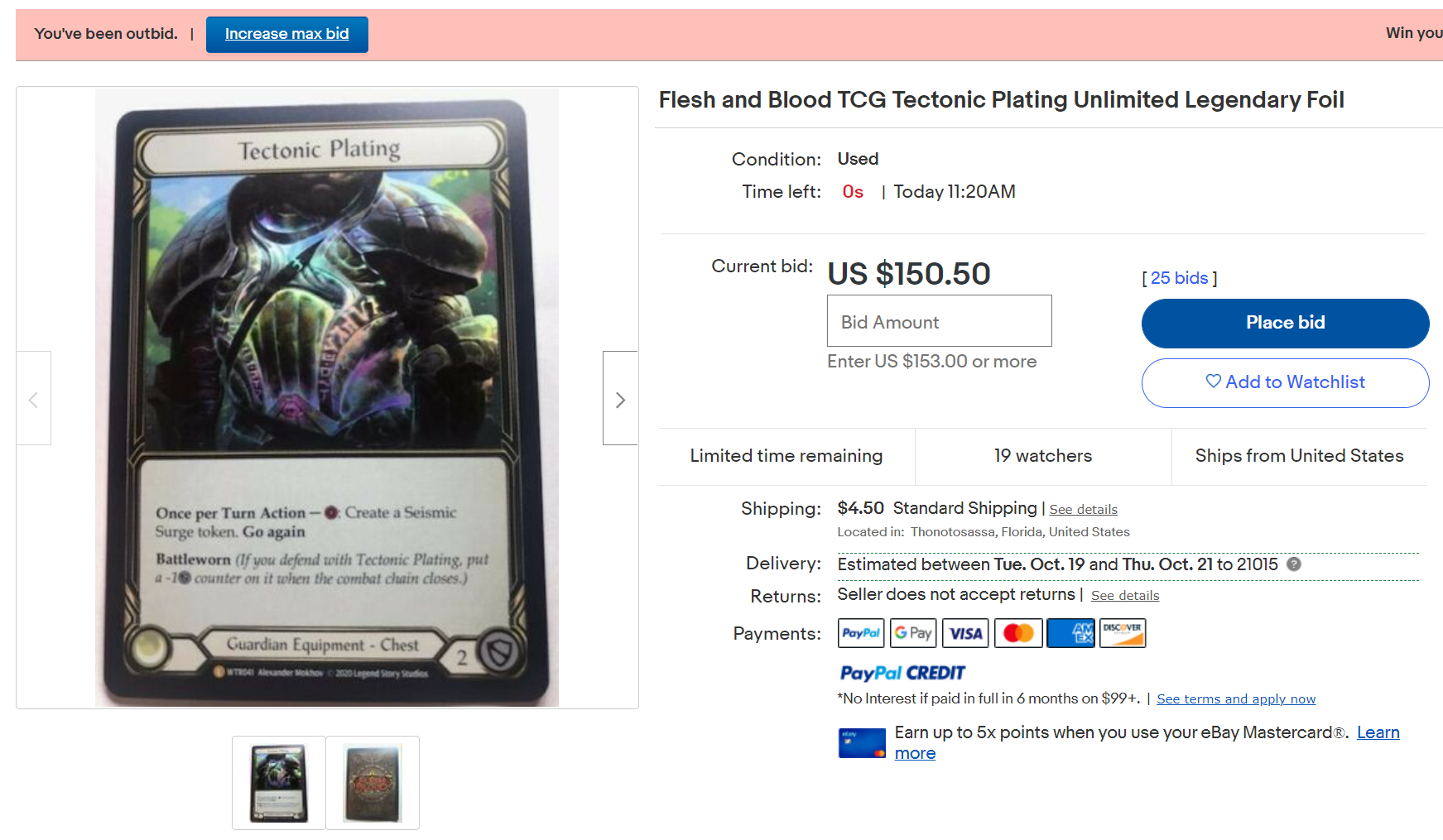 Well it looks like Crucible Unlimited is out of print now, fuck. I still do not have a Shard
Reactions: Nirgon

Crazy how much of a groundswell this is seeing. Reminds me of MTG first coming out.

You're making me think of a time this one store tried to charge me 800$ for freight and the bank+me fought them and won.


In other news, snabbed a Rampart for 202 that came in. Another one was being bidding war'd up to 218.

Need to do some deck evaluation after this. Oldhim feels like he needs mountains of blue cards. Only other cold foil my sick heart still desires would be a red glacial footsteps.

Does this game have a limited format?

OU Ariakas said:
Does this game have a limited format?
Click to expand...

Yep, it has both Draft and Sealed. The current major tournaments this month are Sealed, and Nationals next month is split format Draft+Constructed.
Reactions: Nirgon and OU Ariakas

Kuro said:
Yep, it has both Draft and Sealed. The current major tournaments this month are Sealed, and Nationals next month is split format Draft+Constructed.
Click to expand...

So what is the difference between a regular set and unlimited? I tried to find rotation rules/schedule and came up short. (I did not look long so if there is some YouTube video I missed, please link!)

On Ebay buyers almost always win disputes. To the point that buyers can scam sellers and usually win. He will be fine.
Reactions: Nirgon

OU Ariakas said:
So what is the difference between a regular set and unlimited? I tried to find rotation rules/schedule and came up short. (I did not look long so if there is some YouTube video I missed, please link!)
Click to expand...

There is no planned rotations, the game is designed to be like MTGs Legacy format.

Unlimited (other than Crucible of War) is the print to demand version of the set that will come out a month or 2 after 1st edition.

Crucible of War (and likely the next set) was a supplemental set, it had a few cards for every class, new weapons and armor, many young heroes and was not able to be played in limited. It was not originally even scheduled to have an Unlimited release, but they did one this summer in 3 waves and now that is out of print as well.

The next set is probably going to be a supplemental set as well, and will probably include reprints of a few cards that need it, along with the popular supplemental cards.

As for limited, you play with a young hero (half as much life), same as in Blitz format. The limited formats are pretty fun, they are very varied, due to the different heroes in each set.
Reactions: Nirgon and OU Ariakas

I think the only limited I didn't have fun in was ARC, and they've leaned some lessons from that one.

The main difference between First Edition and unlimited for the set is that first Ed has the special cold foiling process, as well as the Extended Art cards. Unlimited gets normal rainbow foiling and just normal border versions of the EA cards.

They don't intend to rotate, but will likely have to if they stick around long enough. Most heroes are designed to work best with support cards from the set they were printed in, attempting to avoid rotation by emphasizing parasitic mechanic "packages." If strength is largely tied to synergy, you can push off the grey-goo that is "good stuff decks" for a while
Last edited: Friday at 2:33 PM
Reactions: Angerz and Nirgon
Show hidden low quality content
You must log in or register to reply here.
Share:
Share