You are using an out of date browser. It may not display this or other websites correctly.
You should upgrade or use an alternative browser.
F

Rael said:
Who is Bazgrim anyway? Is he being paid by VR or is he some sort of fanboy?
Click to expand... 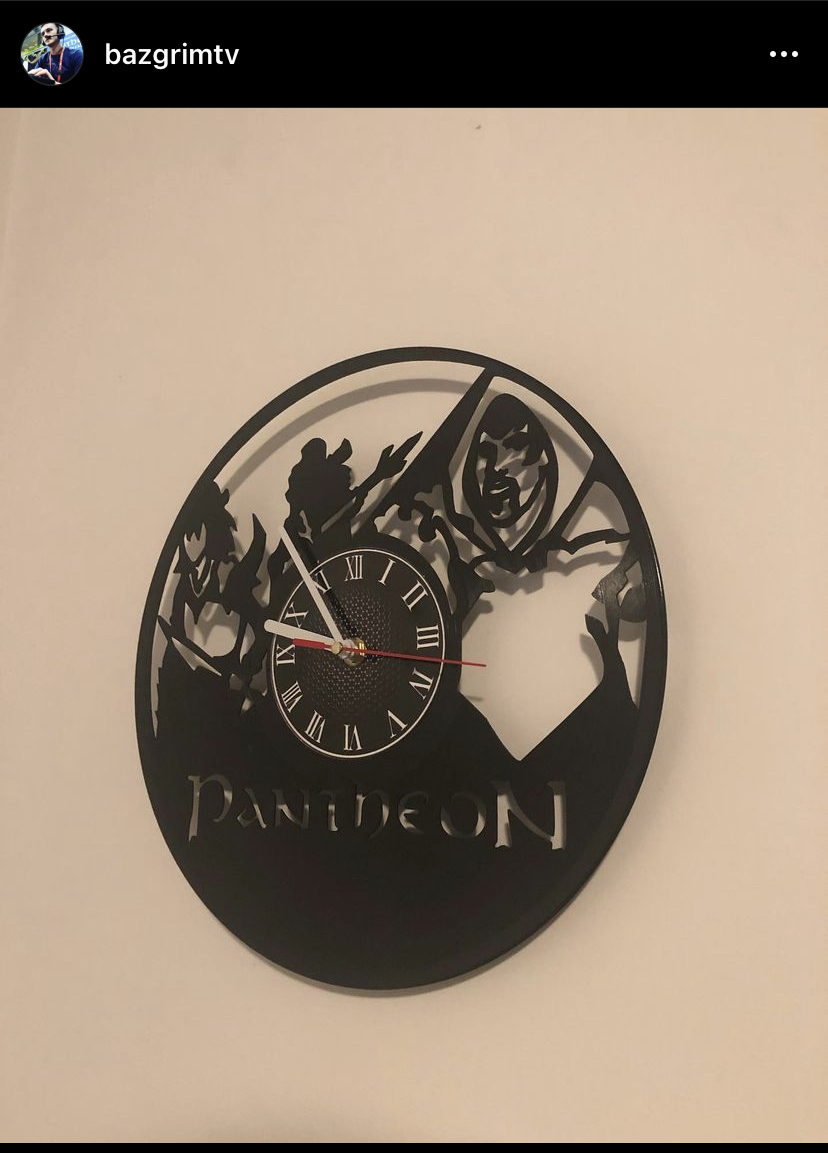 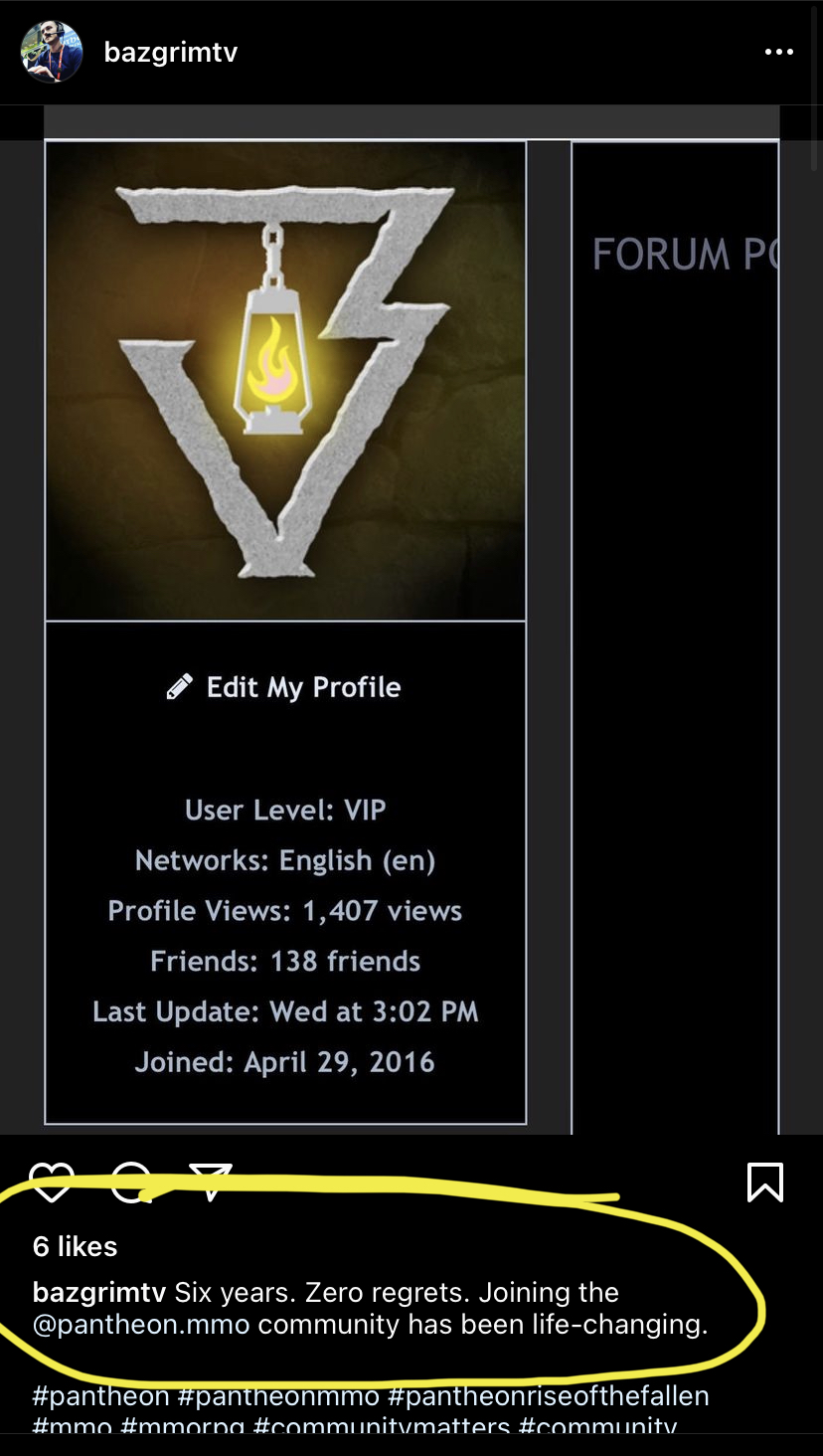 Bazgrim was the first person to play Pantheon at the debut of Pantheon in SDCC. He is from Vermont. He won a contest that VR put on for free passes to SDCC. He spent $2500 getting there for a $100 pass. He made a video of his adventures on his channel. He spends 12 hours a day trolling the Pantheon forums. People are starting to realize that Pantheon is in trouble. The mods on social media are cracking down the negative speech now. If you say anything bad about VR or Brad, you are booted from the community. I raised a question about their tax status being forfeited in California for more than three years and why was a dead man is listed as their registered agent on file. This bullshit happens when states dont talk with one another when it comes to companies. if you notice on their podcasts, they will state one idea and a month later they will show in progress which is good, but they aren't going back and showing the old stuff that should be already done. VR donates money to the CC streams, and everything is submitted before they release it to the public. All the devs hang out while the podcast is going to make sure everything goes smoothly. They claimed they aren't affiliated with VR which is a bold face lie. VR sent me a contract at one time in order to be a content creator for them. Basically, it was NDA in order to receive "perks" with the company. On the other hand, Amazon makes you disclose that you are being supported by their studios; however, VR doesn't. The federal law requires you to do so.
Last edited: May 1, 2022
Reactions: Rael and Shmoopy

I had a 3-digit user ID on the Vanguard forums. Then I played like 1 hour of the beta. Never again.

The art on that clock is so evocative of Pantheon's deep and rich lore and artstyle. I love it.
Reactions: Nirgon

Shmoopy said:
I had a 3-digit user ID on the Vanguard forums. Then I played like 1 hour of the beta. Never again.
Click to expand...

What did you see? (Or not see)

Hey guys, I haven't been in here in a few weeks.

Is this game happening yet?
Reactions: Utnayan

A bean or two gets spilled here and there

Almost on a decade of thread development.
Reactions: Blitz

Who wants to take a bet bazgrim bought a NFT from VR?
Reactions: Hateyou

At least Scam Citizen let you play their tech demo....

Rael said:
What did you see? (Or not see)
Click to expand...

He said Vanguard. Vanguard was a pile of shit in beta and after launch. Didn’t turn it around for a year or so after release.

Yeah this isn't happening unless they find a publisher. I'll laugh if its Gamigo.

Why would a company hide the fact they are the publisher for years? Wouldn’t you want to, I don’t know, promote your investment?

They are trying to get a publisher, but the deals keep falling through.

One of the board members on their website that they took down is also a board member on Green Man Gaming. I forget his name. Also, there are members on the board who have ties to a company called Securitas, a credit card network security firm. There was a former developer on Discord that talked about they were spending $500,000 k a month back in the early days when they were developing the game. A lot of their work was scrapped by the new team. It sounds like to me that they don't want to give credit to the original team for ownership rights. The company is still forfeited by the State of California FTB. However. they have a good standing with the California SOS and State of Delaware S0S. In the first 8 years they never paid any corporate taxes to Delaware because their revenue was less than one million dollars a year. Delaware SOS requires a register agent of service (Brad's name is still on the paperwork) to be present in order for serving papers and also require a physical address, not a mailbox at the local PO mail depot. You can't serve a dead man. How are they staying afloat? I know their investments are self-reported as an LLC and they don't have to share their investor information. I know Jason Epstein at one time was a rumored angel investor. At this point I have written off my investment and if it launchs I know they aren't going to let me play. So, screw them.

Most publishers like steam want 30% off the top when it comes to game publishing. Most companies cant make any money with this offer to do business with them.
Last edited: May 3, 2022
Reactions: Rael
Show hidden low quality content
You must log in or register to reply here.
Share:
Share