i got my invite too, not gonna bother


oculus quest 2 will be on sale for black friday if anyone wants, its gonna be like $349 at walmart/etc with 2 free games 128gb model or around same price at costco for 256gb model
Reactions: Blitz and Utnayan

Sorry boys, I'm on board with PSVR2. I don't really play any high end PC games anymore. I spend too much time at my desk for work as is. Console it is.
Reactions: Pasteton 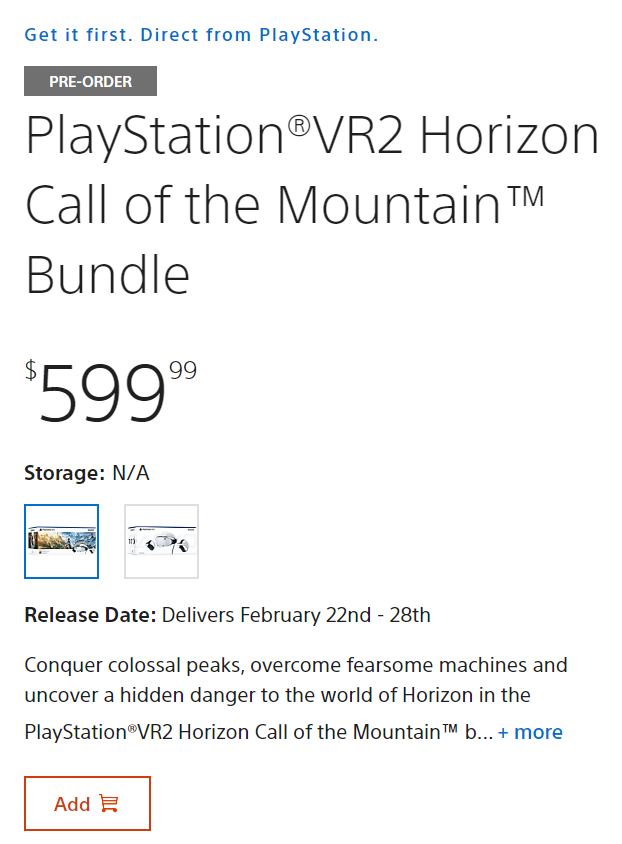 zero interest, the available games are very meh, it is NOT compatible with PSVR1 games (wtf Sony), and it has a giant ass cable

There's VR Games? I only ever used my Quest 2 for other errr "genres"...

Anything that is worth playing on a Quest 2, most games kinda look like trash.
Reactions: Ukerric

almost seems like they’re testing their customer base, to see what level of bullshit they can get away with. They should just start charging a monthly sub to ‘enable vr’ just to see if some of you idiots bite

Aazrael said:
There's VR Games? I only ever used my Quest 2 for other errr "genres"...

Anything that is worth playing on a Quest 2, most games kinda look like trash.
Click to expand...

Aazrael said:
There's VR Games? I only ever used my Quest 2 for other errr "genres"...

Anything that is worth playing on a Quest 2, most games kinda look like trash.
Click to expand...

1) Make sure to download Virtual Desktop so you can stream Steam VR (Half Life Alyx)
2) The Room 1 and 2, RE4, Walking Dead Saints and Sinners, Vader Immortal, Red Matter 1 and 2, Blade and Sorcery Nomad, Contractors, Golf +, Pistol Whip, Walk about Mini Golf, Gorn, Green Hell VR, Stride, to name a few.

Now, with that said, if you have a good wireless router within a solid distance of your wireless play area, you may want to consider buying these on Steam so you are not locked to the Meta library because Virtual desktop works VERY well and if you ever move to a different set, you always have access to those. I have a mix on the Quest 2 and some on Steam - but I never plan on moving away from free roam wireless VR - this thing works beautifully for the price and destroys PSVR2 by having access to the Steam library and full room wireless VR ANYWHERE you want to without base stations. Christ, PSVR2 doesn't even allow you to play PSVR1 games - who the hell thought THAT was a good idea?

Now the main benefit to owning the games on quest 2 - Go to a fucking football field outside, draw your play space around the entire thing, and play Red Matter walking EVERYWHERE in the game (I did that once) - It was INSANELY awesome even though I know full front and center I looked like a fucking idiot But I do not care
Reactions: Kiki, Drajakur and Aazrael

I went to a moving traincar in vrchat last night. All was well till I looked out the window.