Nontrivial chance it ends up being Tyrion+Sansa winning everything at the end.
Reactions: Chanur, Soygen, iannis and 3 others

cabbitcabbit said:
What’s the name of that website who would do entire episodes in images with their own dialogue? Have they done anything this season?
Click to expand...

Since years ago I always thought it was going to be Littlefinger vs Sansa+Tyrion at the end of everything but his timeline got cut a bit short.
Reactions: TrollfaceDeux

I think Arya and Gendry have a better chance. I still think Tyrion is gonna do something stupid and side with his family at some point.
Reactions: DickTrickle

Episode had some cool moments, but the slow start, which I guess was to build tension, was just rather boring (and too damn dark). I get they were going for some kinda horror movie vibe, but it just felt like they padded the runtime a lot. Not nearly enough named deaths.

Arya's kill was fine, I guess. Only issue for me was how fast the NK reacts turning around and grabbing her by the throat, but then just watches her drop the knife to her other hand and doesn't even try to do anything.

Photos taken with my phone comparing my monitor and (kinda old) TV watching my default webrip which has decent quality. Dark scenes only ever look this bad on my TV if I'm watching a shitty cam. 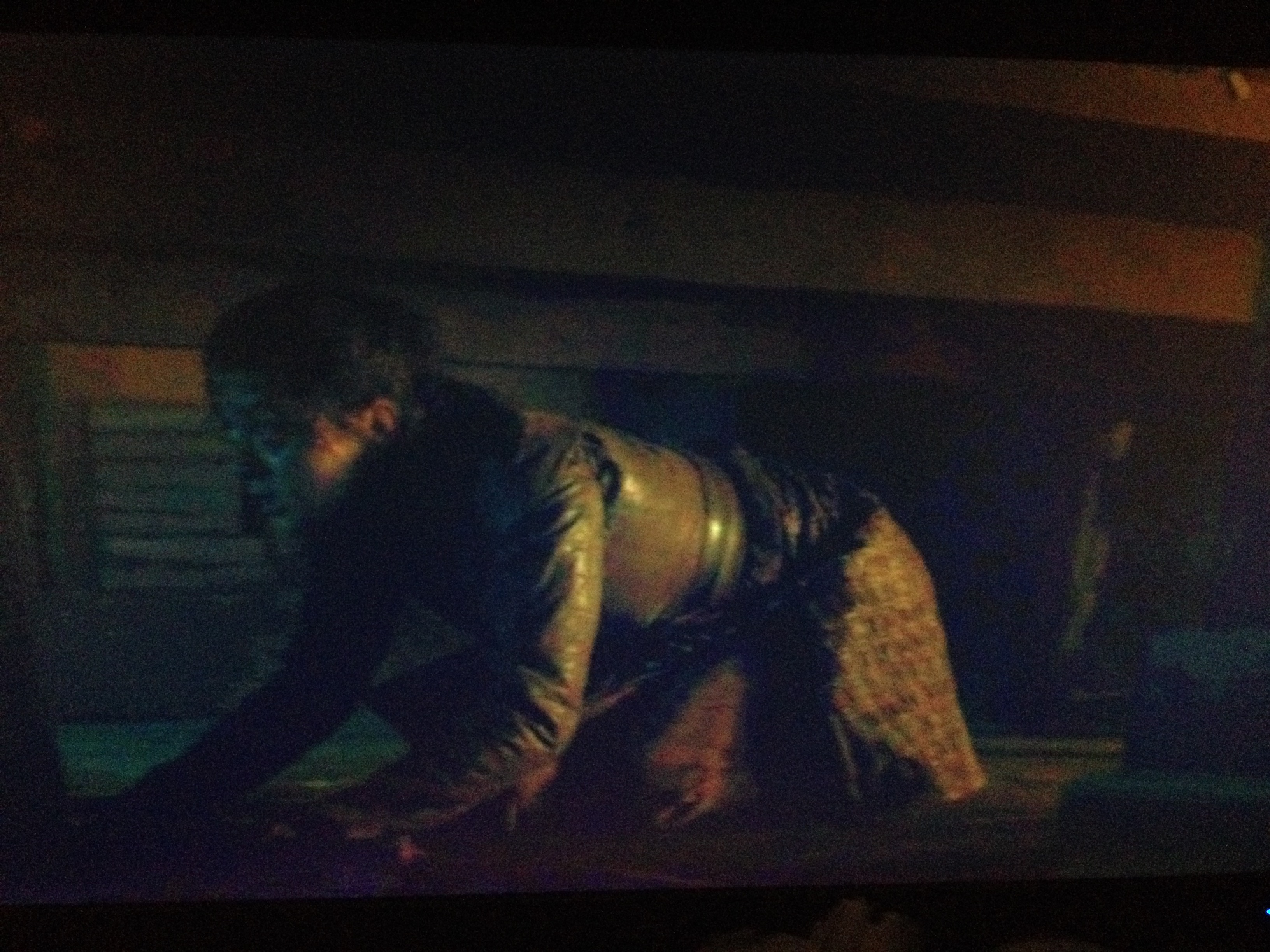 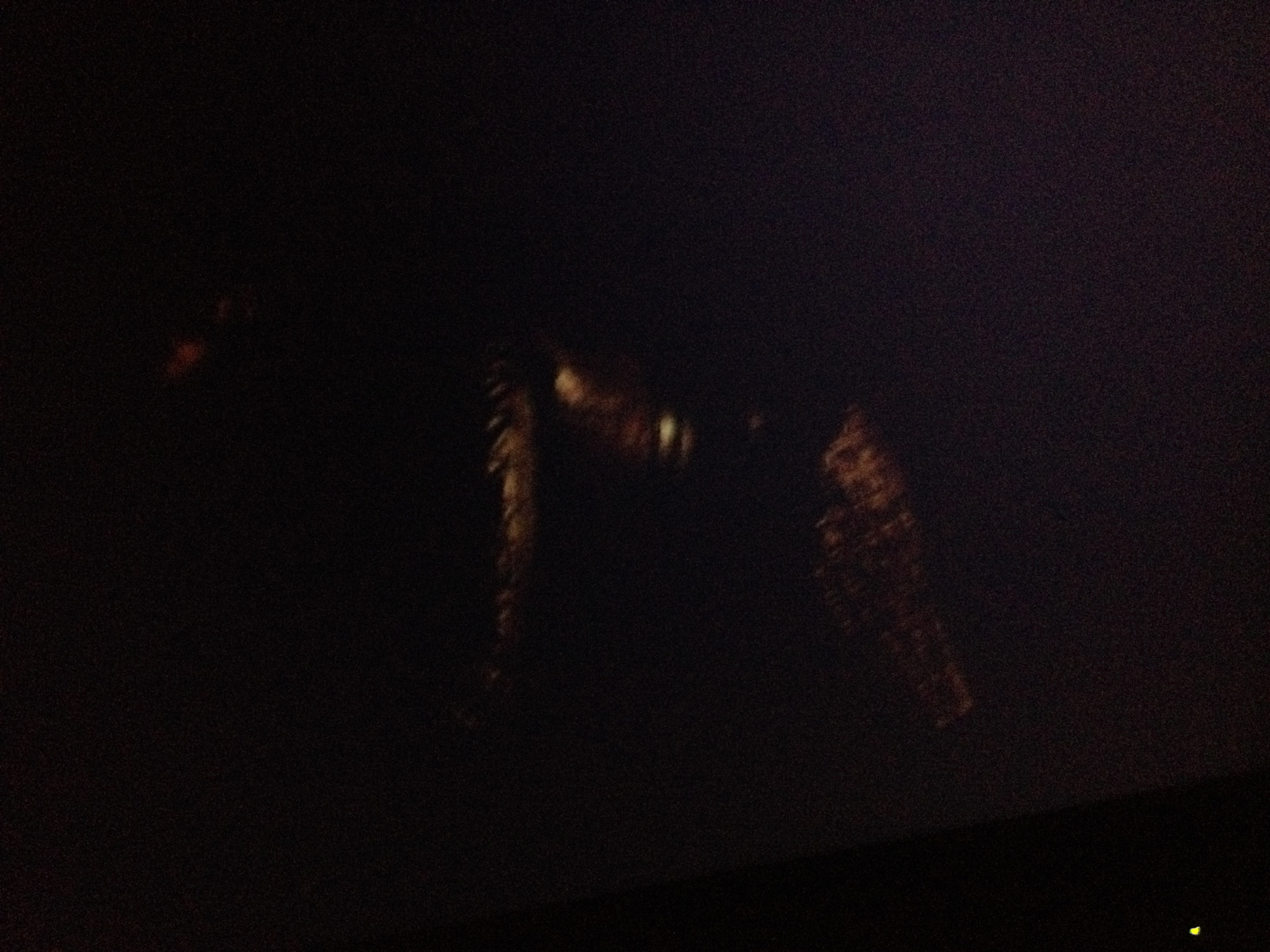 Locnar said:
Umm Melisandre was a Cleric. But one of those kits that trade off turn undead for extra offensive magic I guess.
Click to expand...

Only 2 major changes I'd make to the episode, in my opinion:

1. There should have been some White Walker action. Watching them just hacking at hoards of undead baddies for 30 minutes got a bit meh. I get that it makes more sense for them to stand back, but it would have been awesome if when the heroes were surrounded and about to get overrun, the wights suddenly stop and clear a path for the White Walkers to come finish them off. . 2-3 characters should probably die (perhaps Podrick, and maybe Tormund saving Brienne). They kill some, and some wights die...but there's still so many of them. Things look bleak until Arya kills the NK, saving the rest.

1.5 Maybe have Jon actually fight the Night King and lose (injured but not die) before Arya flies in to kill him. It gives some fan service for the showdown that's been built up, but have it not go as expected.

2. Bran. His entire arc makes no sense to me. He had to become the 3ER to become Night King bait? There *has* to be more than that. I wish he had some part to play in this episode, using some magic weirwood power to help even the odds a little. Hopefully we get more answers in the coming episodes. If not, then his story was straight retarded. There's some theories that maybe he's responsible for all the 'miracles' of the Lord of Light, to lead everyone to this point. That could be cool. But we'll see.


Overall I enjoyed it a ton, though. David Nutter says there's bigger shocks this season than the Red Wedding. I'm wondering if that was alluding to the Arya kill, or if some crazy shit is still yet to go down.
Last edited: Apr 30, 2019
Reactions: Chanur, Chukzombi, Pharazon2 and 1 other person

Been on that bandwagon for quite awhile, particularly since it really fits with the whole war of the roses thing.
Reactions: iannis and khorum

I don't think anything extremely shocking has happened yet.

I still hold out hope that Jon kills Dany.
Then you get Bran or Jon as NK2.0 and probably Sansa/Tyrion on the throne
Any of those outcomes could be shocking... Bran as NK 2.0 probably not so much, it's a popular theory already

TBT-TheBigToe said:
We are cancelling our cable connection after this season is done, there is literally nothing else we actually on tv except the news in the morning and that is half nonsense anyways. (Animal stories, celeb news, weather, and occasional real news though usually typical fake news)
Click to expand...

We use Philo which is $20 a month for multiple TVs and has like 60 channels, like Discovery, AMC and so forth.
Our 1gb fiber is $70 a month for the next year. We subscribe to OANN for $5 to stream it on TVs.
After taxes and crap we are at $100 a month ( plus I paid for HBO Now yesterday to catch the entire season for 1 month charge ) where as our cable when we had it was $185 for 200mb service and crappy compressed TV quality. There is a TON of free tv/movie apps that just have commercials in them to remain free. Add in Prime and I don't ever see myself going back to cable or ever paying much over $20 a month for TV again.
Reactions: Chanur, Falxy-US, Chukzombi and 1 other person

Deathwing said:
I'm willing to bet there's a STRONG overlap between people that are ok with the last few seasons of GoT and TLJ.
Click to expand...

Did those dudes even do anything? I saw them a few times just trotting about. I don't recall ever seeing them fight and I assume they assploded once the NK was dead. Maybe? Surely? or who the hell knows.

Ambiturner said:
I still think the concept of dragon riders is retarded. You're more of a liability on their back than anything else.
Click to expand...

Not to mention even a drunken whoring imp at the time could design and construct a fucking GoT wheelchair and riding device for a cripple wizard, yet no one can fashion a saddle for dragons, despite someone having forged fucking leashes at one point in a slave dungeon.
Reactions: DickTrickle

I kept expecting them to have Jon be immune to the dracolich fire since he was combo Stark/Targ, and I'd always assumed it was "cold" damage, and surprise everyone who knew Jon had shown he wasn't immune to heat like Dany. So when he's facing off with Viserion, I expected him to get to solo kill the dragon, and was guessing someone else was gonna kill NK, especially with the heavy handed foreshadowing Melisandre did. Was a little let down, they even had him face the dragon down, ready to take the full force blast, and nothing. I'm pretty sure they debunked the blue breath being cold breath though, so it didn't rustle me too much, the episode was a fun ride, and had my wife absolutely dying the whole time. It was a great roller coaster ride episode, especially for people that are invested and can't stand to see any of their favorite characters bite it. The show hasn't had her that worked up since the second episode (she was already turned off by Bran getting pushed out the window, so when they killed Lady, she was sobbing and cursing me, "I can't watch this shit, what the fuck are you making me watch, why!?!?!" I laughed at her and told her to wait till she got to the Red Wedding, thought I gave the surprise away, but luckily that is not what the episode is titled... she socked me pretty good the night we got to that episode, didn't even have to tell her that was the Red Wedding, she just started slapping the shit out of my arm and calling me an asshole lol.

Sam is Azor Ahai. There. I've ruined it all for you folks.

I guess next week we find out who got et in the crypt. Was Gilly down there? She's toast for sure if she was. 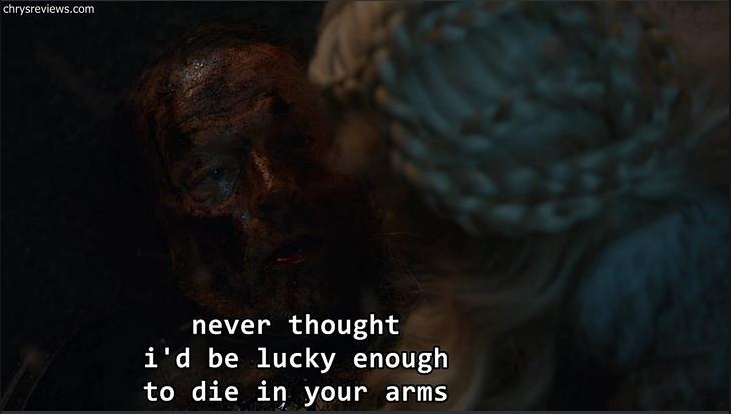 Silver Earl of the Realm

Fucker said:
I guess next week we find out who got et in the crypt. Was Gilly down there? She's toast for sure if she was.
Click to expand...

the whole sam clan should have got fucking wrecked. i dunno who's nephew he is on the writing team, but somebody needs to make him stop being a goddamned pussy. they had a little girl going full kamikaze on an undead frost giant and this fucking bitch fag is sniveling in the corner.
Reactions: Chanur and iannis

Ishad said:
Battle of the Bastards is a top 5 moment of the entire series. Change my mind.
Click to expand...

It was decent but it had some retarded crap too. Rickon Stark just running straight away from Ramsey rather than weaving, and nobody giving the giant any kind of weapon. We all saw what the undead giant did with a simple club. Wun-wun with a club would have completely fucked that shield wall.
Reactions: Bandwagon and Drinsic

Varia Vespasa said:
It was decent but it had some retarded crap too. Rickon Stark just running straight away from Ramsey rather than weaving, and nobody giving the giant any kind of weapon. We all saw what the undead giant did with a simple club. Wun-wun with a club would have completely fucked that shield wall.
Click to expand...

I got to admit, my favorite moment from this last episode was when the giant busted in and smacked the bear bitch off to the side like a fly. I actually laughed hard at that
Reactions: Valorath

There's going to be a huge clean up job with 100,000 corpses lying about Winterfell with some 30 people alive to do the hauling away and bury / burning job.
Show hidden low quality content
You must log in or register to reply here.
Share:
Share