Never lost a single piece of gear, logged in to find two 99.4k Firepower Deathshields and a bunch of other crap on my Trickster.
Reactions: Xerge, Blitz, Hosix and 2 others

My level 28 guy who got bugged came back with no legendaries and no boots. Rolls on everything seem to be max but since he was level 28 all the gear is trash anyways like firepower, long range and healing received...

Did a little bit of legendary farming with my brother last night for his alts. Basically you have one person make a new character, join on a lvl 30/WT1 and kill four story boses with guaranteed legendary drops. Level 1 puts whatever they got in stash, delete character and run it back. You do the big chrsolyth boss or whatever climbing on the rocks, both yagak encounters and something else I'm forgetting. The big lava spider gives titanium instead of legendaries.

Can't get most legendaries this way, we had a lot of repeats, but it's a nice way to get some good mods for new characters.
Reactions: Hosix

It's at least worth doing that to get Killing Spree, still the second best weapon mod after Dark Sacrifice which is much harder to get since Fatal Symbiont isn't a freebie drop.
Reactions: Lenas

3.5m users played the game in the first month 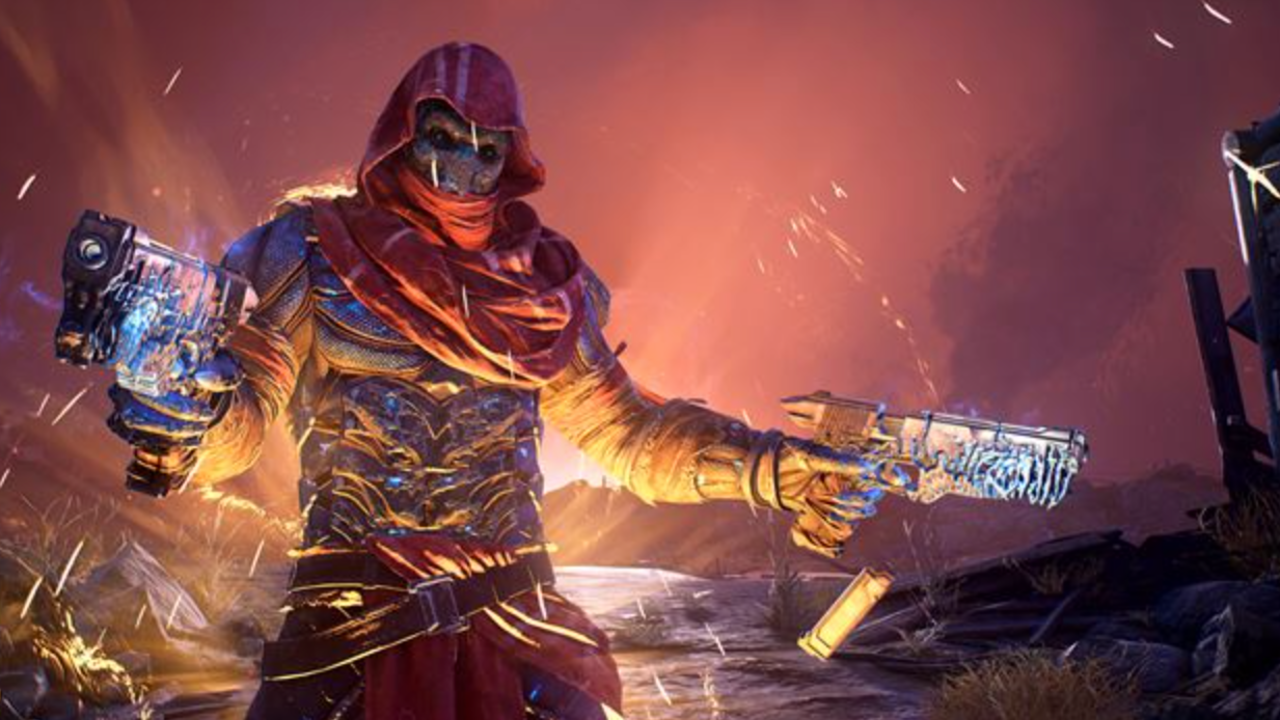 Square Enix also announced that the average play time is 30 hours and that the company plans to expand the franchise in the future.


seems about right for a game thats on gamepass. I sorta stopped playing around the time people said you can lose all your gear, i'm not even a third through the campaign tho. I'll get back to it after I finish mass effect i guess
Reactions: Defiance and Hosix

3.5m people got suckered into playing a shitty game because it had Square Enix's name attached.
Reactions: Brahma
X

Didn't lose anything due to not actually playing while all that inventory wipe crap was happening, logged on to see I had a bunch of duplicate legendaries on all my level 30 characters, and some 99k weapons, thanks PeopleAreHigh.

I don't even know the point of farming in high end. So many cheese work arounds to getting the perfect gear, from craft leveling something low level with perfect stat combinations, to farming wt1 bosses for loot. Everyone running the same weapon dps and survival mods because the end game is just a race against the clock.

3.5 million players experienced shitty server stability and crashes along with game breaking bugs for a month! Which was worse Avengers or Outriders? hard to tell.
Another game focused on loot that manages to fuck up the loot distribution, they can ship new content, but it better be in pristine shape next time.

Square Enix also announced that the average play time is 30 hours and that the company plans to expand the franchise in the future.


seems about right for a game thats on gamepass. I sorta stopped playing around the time people said you can lose all your gear, i'm not even a third through the campaign tho. I'll get back to it after I finish mass effect i guess
Click to expand...

End of this month it will have no more than 5k concurrent players. Damn shame.
Reactions: rhinohelix, Hosix and Nester

other shit came out and this was quickly shelved.

I stopped because unless they are adding dlcs or whatever, what am I farming for?

I played a bit last night with a dude who was on cross play. He clearly had some sort of bugged gun going as we were clearing CT15’s like nothing and he was 2 shotting bosses.

I obviously stayed in the group until he logged to observe he horrible behavior. I did not keep any of that ill gotten legendaries.

Hosix said:
I played a bit last night with a dude who was on cross play. He clearly had some sort of bugged gun going as we were clearing CT15’s like nothing and he was 2 shotting bosses.

I obviously stayed in the group until he logged to observe he horrible behavior. I did not keep any of that ill gotten legendaries.
Click to expand...

I mean, just sounds like a geared out techno or something. Blighted rounds are broke as fuck.

I think I got to like WT12-13 or some shit solo and just stopped. Lost interest in farming for shit. Story mode was cool, just too short. It needed to be like 2x.

Janx said:
I mean, just sounds like a geared out techno or something. Blighted rounds are broke as fuck.
Click to expand...

Nope. He was a pyro. I didn’t even debuff as it didn’t matter. I have a techno and ya you can blast with BR but this was totally different,
M

I'm still playing, but only when friends are on. At least one person running a full debuff pyro makes 15s really easy. I've two shot brood mothers on both my techno and trickster after a debuff. Slot the 40% debuff thermal bomb mod along with the ones that allow it to hit two targets and cast twice... it is crazy. I've also been messing around with different things like firepower pyro with thermal bomb debuff.

The debuffs stack so nice. It’s why I made a pyro as you can make shitty groups that much better. Running fortress/moaning winds I can do good damage and overheat the shit out of stuff.

From reading Reddit it sounds like if you get into a group with a pc player? They can edit the drop rates and make shit have 1 million firepower.

Guess I will fire this up again. They fixed the defense last patch. This patch they doubled the legendary drop rate, and a duplicate legendary avoidance. Legendary bracket removed. Also no legendary drought has been implemented. Not bad.

Legendary Drop Rates, across the board, increased by 100%

Legendary Level Brackets have been removed, so that all Legendary items can drop at any level.

This system will mean that if a character has an item in their inventory or stash and a duplicate item is rolled, the dropped item will be re-rolled once.

Note that this system does not guarantee that every drop will be unique. Rather, it is designed to provide a second roll at avoiding a duplicate.

This change will improve the variety of items in the Campaign.

Previously, these bosses would only drop a selection of Legendaries (the same pool that was available in the Demo as well as the Cannonball Helmet).

The Luck system has been improved and players should no longer experience very long droughts without a Legendary item dropped during endgame.

The base scaling of Legendaries dropping through higher difficulty levels still applies, so you may will still want to farm as high as possible.

Made improvements to multiplayer connectivity

Fixed an issue that was causing old inventory items to be marked as new.

Fixed a bug that prevented players from running if they were stunned while using the Trickster's Cyclone skill.

Fixed a bug that caused the Alpha Lurker enemies to be able to one-hit kill players under certain circumstances.

Fixed a bug that caused the Scrap Grenade projectile to be blocked by dead enemies.

Fixed a bug that caused Feed the Flames' Ash effect to not trigger properly in multiplayer.

Fixed a bug that caused Weapon mod 'Ravenous Locust' to not deal damage if used together with the 'Weightlessness' mod.

Mitigated an issue whereby players could get stuck in an animation after using Gravity Jump in multiplayer.

Anti-dupe sounds kind of bad since for stuff like Deathshield you need to dismantle a shitty one then sift through the next 945802232 you get before finally finding a useable one with ~100k damage. Or did they change the damage roll scaling at some point? Last time I played the only people who had perfect gear were the ones who got restored from the bug. That was pretty much the final straw for me.