Cooler than normal for late July in the deep south. This morning it was 66F. Had several deer out back. Later around noon I saw some when I walked down the driveway to check the mail. Guessing they like the cooler weather too.

MS River is finally starting to go down, 1/2 a foot give or take a day. They started Monday closing 10 gates a day on the Bonnet Carre spillway, only 186 total to close.
Reactions: chthonic-anemos, TheBeagle and Chanur

Lambourne said:
Record heat wave in western Europe atm, guess Al Gore was right and manbearpig was real after all.

103 in Netherlands today (broke a 75 year old record), over 115 in France. Might peak higher tomorrow but should cool down after that.
Click to expand...

Thing is, the heat wave is not equally spread. Unlike some of our previous heat waves in Europe which are usually due to winds coming out of the Sahara, this one's due to the jet stream stalling.

The jet stream is responsible for spreading pressure and heat around the globe. It acts as a channel of waves - high pressure peaks with hot temperature, low pressures with cooler air. The faster the jet stream goes, the faster the waves go and the lower the difference between through and peak. However, it is mainly powered by the temperature differential between the arctic and the tropics... and the arctic has been more hot than usual this summer. With less energy, the jet stream has slowed down, the peaks have grown and the throughs deepened. If you're in the peak, you get hotter, if you're in the through, you get unseasonably low temps.

Then the wave moves (slooooowly) and suddenly, the temps swap. Hopefully, we'll get more energy differential soon and the jetstream will do his job of distributing the stuff better.
Reactions: chthonic-anemos, Chanur and Gurgeh

Bonnet Carre Spillway 100% closed. I listened to the Corp of Engineers announcement. I missed part of it. The river is low enough to be in stage 1 flood control now down from stage 2. It entered stage 2 in October of 2018. Jeeze it's been high for a long time. So 9 months. The MS river is finally going down.
Reactions: chthonic-anemos and Chanur

Tornado in Luxemburg yesterday, it's very rare for one in NW Europe to actually touch down and do significant damage like this.

Extreme heat advisory. I'm not sure it qualfies as extreme but hey someone has a job so might as well do something. It's called August in the south. 93F is not extreme heat here for this time of year. When I worked for the US Forest Service I cruised timber full time (basically counting trees) and they warned me not to work outside on days above 92F as it was too hot. LOL. Yeah all summer in TX, stay inside. It's not like I was in a parking lot for 8 hours a day. It's called shade from trees. At this rate we'll be living in AC/heated pods 24/7 in 20 years and never leave.

Heat warning out here till Friday, supposed to be around 115 the highest. Sucks ass
Reactions: chthonic-anemos

Getting hit by that wouldn't be a fun experience.
Reactions: chthonic-anemos

Are weather.com radar maps being racist to anyone else's chrome? I had to disguise myself as a redhead to view anything.

Florida you are on the clock. 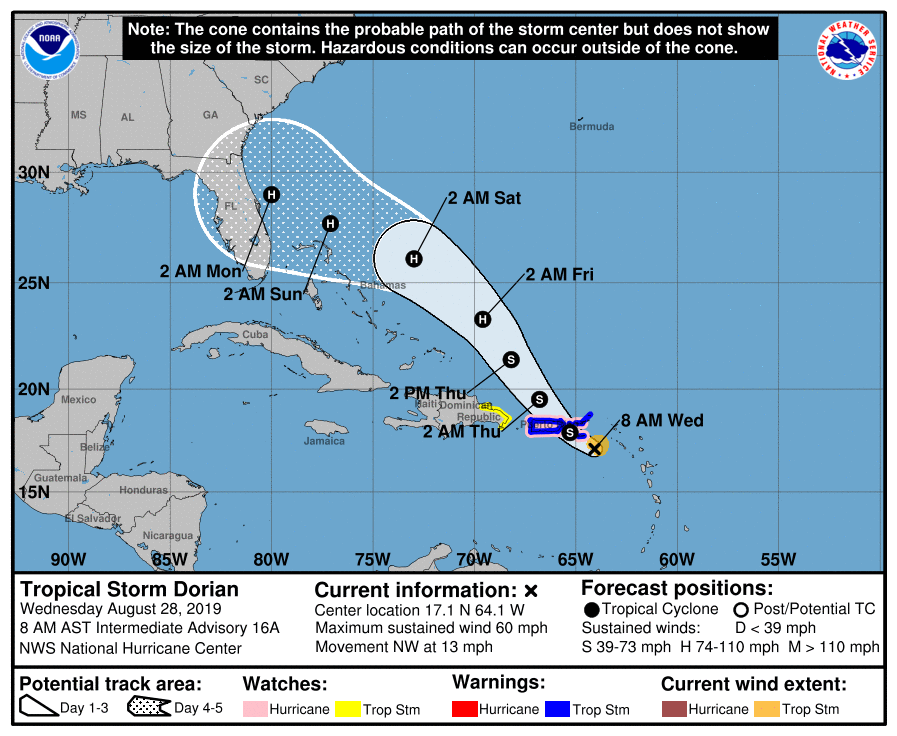 Florida gets kicked in the dick so the rest of the eastern coast doesn't have to.
Reactions: pharmakos and chthonic-anemos

Right now Ventusky shows it hitting Daytona head on with about 100 mph wind at 3000 feet. That is not life shattering. Is some homes on the beach up and down the coast that'll get ripped. Otherwise as it is now, just a powerful Tstorm. Live wind, rain and temperature maps, detailed forecast for your place, data from the best weather forecast models such as GFS, ICON, GEM

I'm waiting for the local news interviews of the retards in the trailer parks on the coast that refuse to leave...

I swear yesterday it wasn't supposed to be a hurricane when it hit Florida, now I'm out getting a few supplies. There goes my long weekend
Reactions: Chanur and chthonic-anemos

fred sanford said:
I'm waiting for the local news interviews of the retards in the trailer parks on the coast that refuse to leave...

I swear yesterday it wasn't supposed to be a hurricane when it hit Florida, now I'm out getting a few supplies. There goes my long weekend
Click to expand...

Oh I'd advise anyone coastal to lock up and get inland and those nice trailer parks on the coast will be fucked as anything 40+ mph endangers them.
I just don't think it will be a highly destructive one based on current info. It would be the first one to hit the coast in 14 years though.
Reactions: chthonic-anemos

We see it on the local news every time. Rednecks sitting outside of their trailers in lawn chairs, unless it's a category 5. This one one won't be as bad as the last one though.

I went to the closest 24 hour Walmart market and they're already cleaned out of water. I guess I'll just hit up a few stores tomorrow as a precaution.
Reactions: chthonic-anemos
M

They are now calling for a strong CAT 3 or CAT 4. This hurricane might be a bad one. Looking at the time and path, it is not inconceivable that this thing builds up to near a CAT 5.

Thank you Florida for being our shield.

Hurricane Andrew in 1992 hit Florida hard as cat 5 I think it was. Crossed over into the gulf and eventually hit Louisiana. Damage wasn't that bad and not near as bad Florida. But I remember the Atchafalya spillway. Dead fish for miles and miles, from th gulf up until it spilt from the MS river. Probably 90 miles give or take. Solid dead fish. Oxygen depletion was the reason given but no idea how that works. It took years and years before the fish recoverd in the spillway. Fishing was totally closed for a long time. The spillway is the heart of cajun land and what makes LA, well LA. Oddly enough the crawfish came out OK. I guess they were buried too deep or didn't need the oxygen.

Oddly enough having gone thru several hurricanes and Katrina as well I've never seen wind do what Andrew did. 75 year old cherrybark oak tree that was 20+" in diameter it just bent the tree over about 4 feet off the ground at about a 45 degree angle for a minute while the wind blew. Then the tree recovered and that was it. Odd. It was feet from the back porch so I just watched it out the door.

Friend of mine had just got married. His wife had a heart attack from being afraid of the hurricane I guess. Called 911 and they were too late. Took them forever to get to his house with all the power out, trees down and such. He's still working at the same job, doing the same thing almost 30 years later. Never got remarried.

You'll never experience a more peaful time, weather, and feeling than in the eye of a hurricane. Everyone should experience it at least once. Go outside and walk around. Incrediably calm, quiet, and the pressure drop or something makes it feel incrediably calm. You almost feel 10 years younger LOL. Guess I'm crazy.
Reactions: chthonic-anemos

If you want information overload, in addition to all the weather services and Ventusky, try this site for irma-geeeerd level wtf.

Can't find the one I really loved. Yet.
Reactions: chthonic-anemos

This bitch does not even have a nice eye yet... come at me bro.

Its been many years since I have experienced an eye of the storm, it really is cool may get one with the primary tracks.

Its going to cross fast and go into the gulf and go SSJ and kick new Orleans jsut for giggles.
Reactions: chthonic-anemos

Well I live in cent. Fl. These use to be fun, but now I dread them. It will mean a lot of good tall trees get felled (less shade) and a good chance of being without power for a few days. The one back in fall of 2016 had us without power for over a week. It suuuuckkeedd.
Reactions: Chanur and chthonic-anemos
Show hidden low quality content
You must log in or register to reply here.